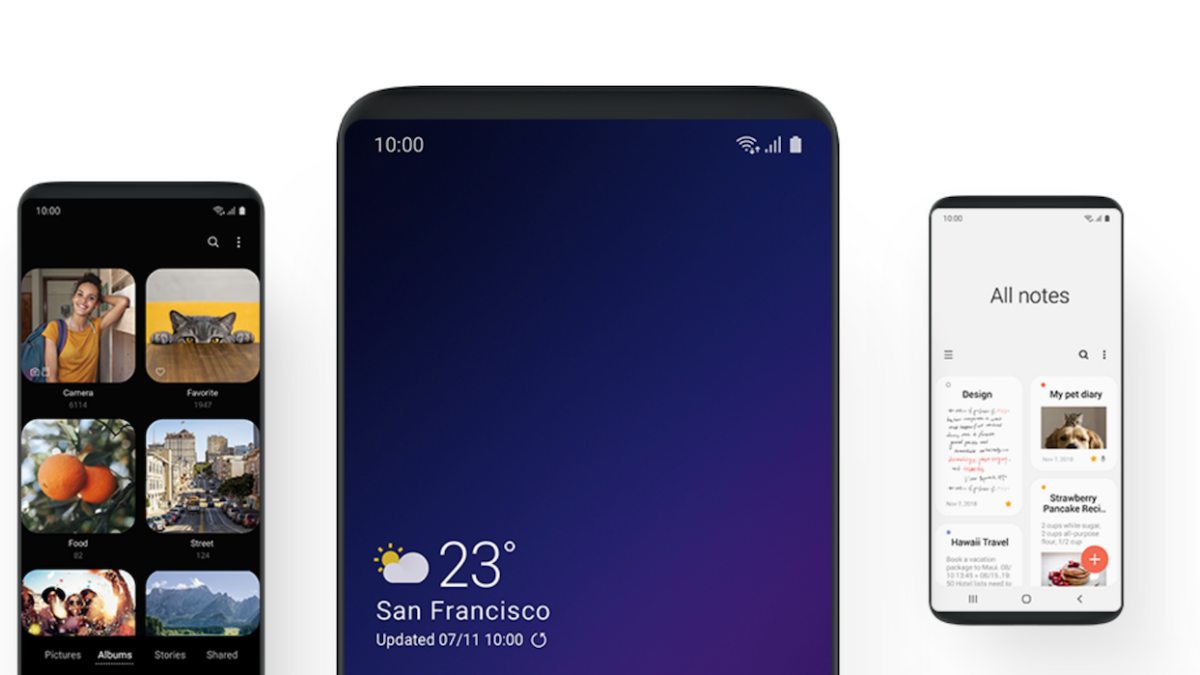 We finally know when the Samsung Android 9 beta for the Galaxy S9 is going to be launched. The company confirmed at SDC 2018 when it will launch the open beta program for the next major iteration of Android. It has also confirmed when we can expect the official Android Pie update to be rolled out for the Galaxy S9 and the Galaxy Note 9.

Android 9 Pie brings a whole new user interface for Samsung’s devices. The company is calling it One UI. It completely reimagines the user interface and focuses on making it easier to use smartphones with one hand.

It also declutters the interface and effectively splits it into content and control areas. The control area starts around the middle of the display where your thumb would naturally be positioned and thus makes it easier to access the features and settings without having to partake in finger acrobatics.

We’ll be able to test it out soon enough. The Samsung Android 9 beta launch will take place later this month in the United States, Germany and South Korea. More countries in Europe and Asia will also get the open beta program in the second phase. The other markets include China, India, France, Poland, Spain and the United Kingdom.

Samsung will use the feedback from the beta testers before the firmware’s official release. It also confirmed today that Android 9 will be publicly released in January 2019.

Update: This story wrongly suggested that the Galaxy Note 9 will also be part of the beta program. We have corrected and updated the article.