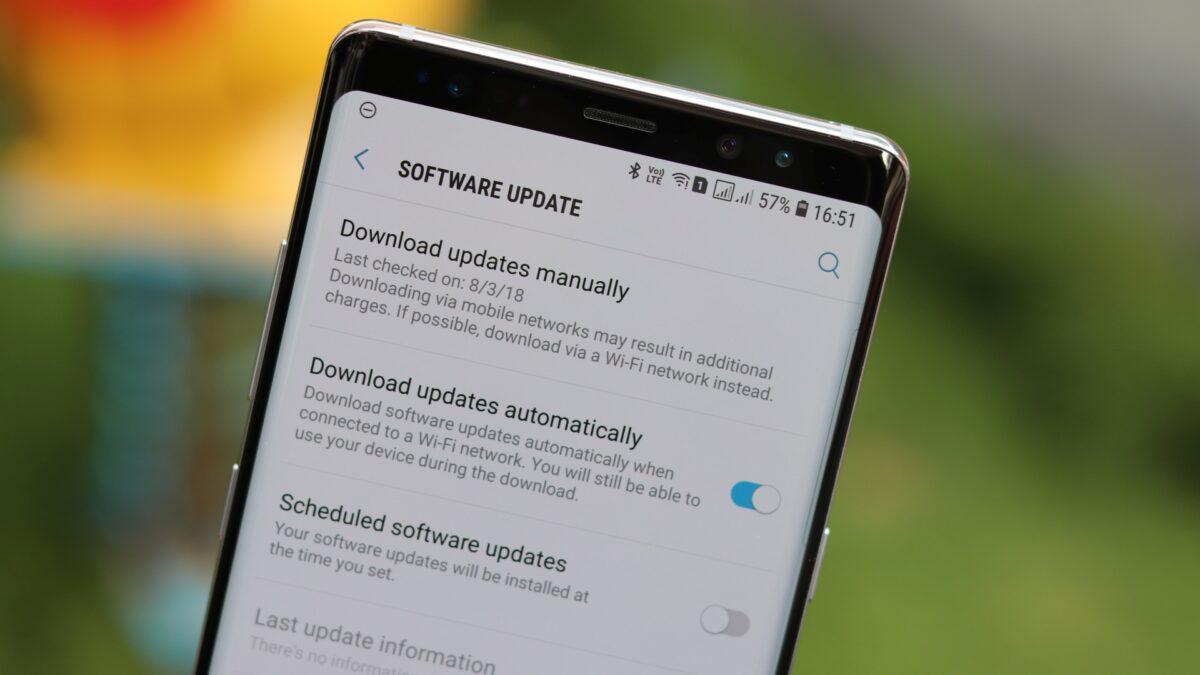 The Galaxy Note 8 has been updated in the most number of markets. That’s well and good since the Galaxy Note 9 is likely to grab all of Samsung’s attention in the coming weeks. In any case, the new build (version N950FXXU4CRGA) can be downloaded in various European countries. In addition to the security patch, it brings some updated functionality for Samsung’s Game Launcher app, though it’s unclear exactly what those are.

The same changelog can be found on the Galaxy S8+, with the update carrying build number G955FXXU3CRGH. As for the security patch, Samsung is yet to tell us what kind of vulnerabilities it fixes, but that should change soon now that Google has made the August patch (and Android 9.0 Pie) official. And, of course, the August patch should also be making its way to more Galaxy devices in the coming days.

To download the update, open the Settings app on your phone, tap Software update, then hit the Download updates manually option. You can also take the alternative route and grab the firmware from our database if the update refuses to show up on your device.

Have you received the August security patch update on your Galaxy Note 8, Galaxy S8, or Galaxy S9?