Samsung launches budget Galaxy Tab A 10.5 with entertainment in mind

We knew that Samsung would soon unveil not one but two new tablets and that’s precisely what the company has done today. In addition to unveiling the flagship Galaxy Tab S4, Samsung today launched the Galaxy Tab A 10.5. It was previously referred to as the Galaxy Tab A2 XL but we now know what it’s really going to be called.

The Galaxy Tab A 10.5 has been developed as a budget tablet with entertainment in mind. The mid-range specs are enough to keep users entertained through enhanced audio and visual features. Families will also be able to share the Galaxy Tab A 10.5 as it enables them to create separate accounts through the Multi User Mode. 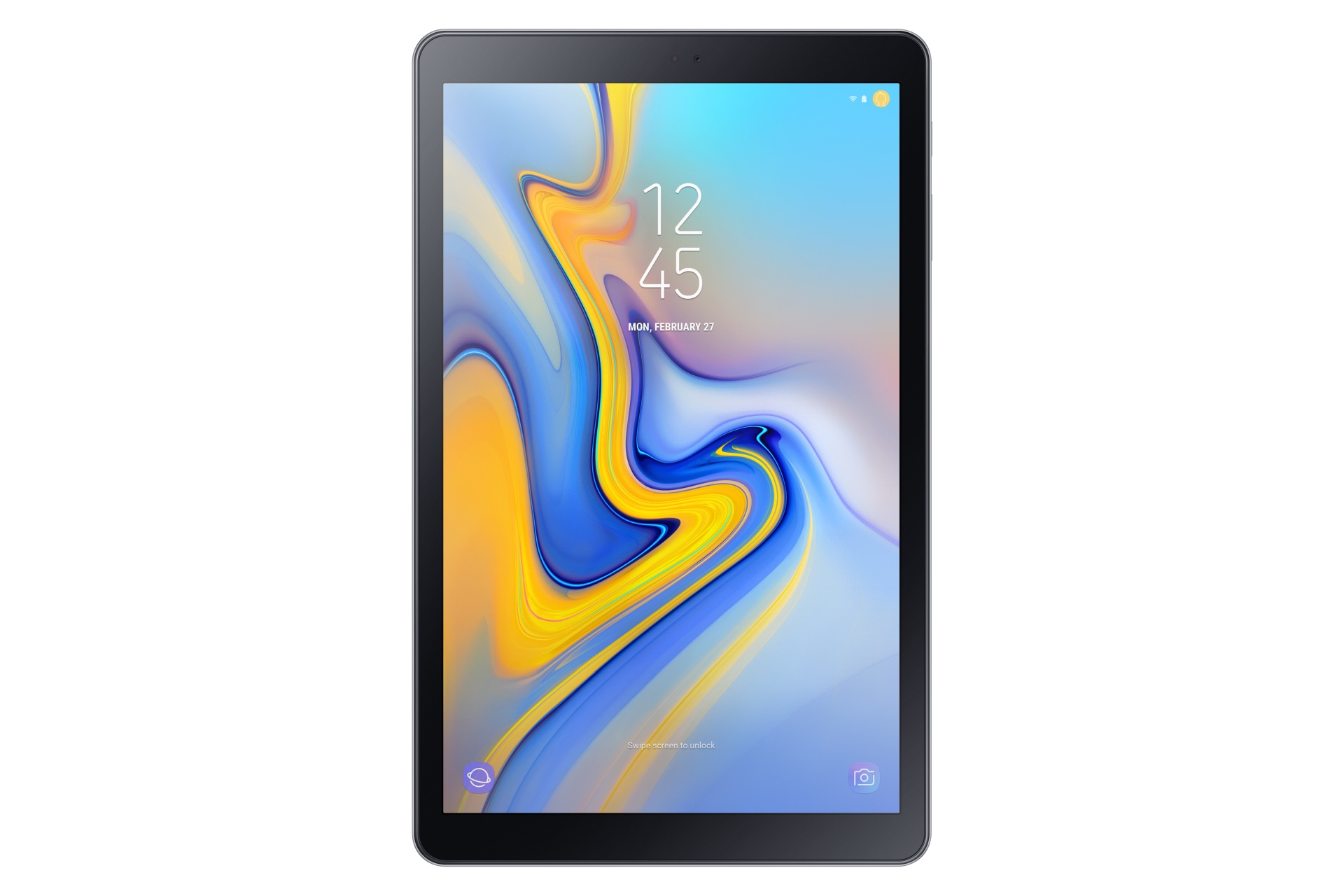 Much like the more expensive and flagship Galaxy Tab S4, the Galaxy Tab A 10.5 has a 16:10 aspect ratio display. The 1920×1200 pixel resolution 10.5-inch TFT LCD display is a decent size for content consumption. The lack of an AMOLED display on an entertainment-focused tablet will puzzle some but Samsung likely went with the LCD panel due to cost considerations.

It’s made out of plastic so it won’t quite have the metal and glass sandwich appearance. Like the Galaxy Tab S4, there are four speakers built into each corner of the tablet complete with Dolby Atmos support for an immersive audio experience. The speakers aren’t AKG-tuned, though. 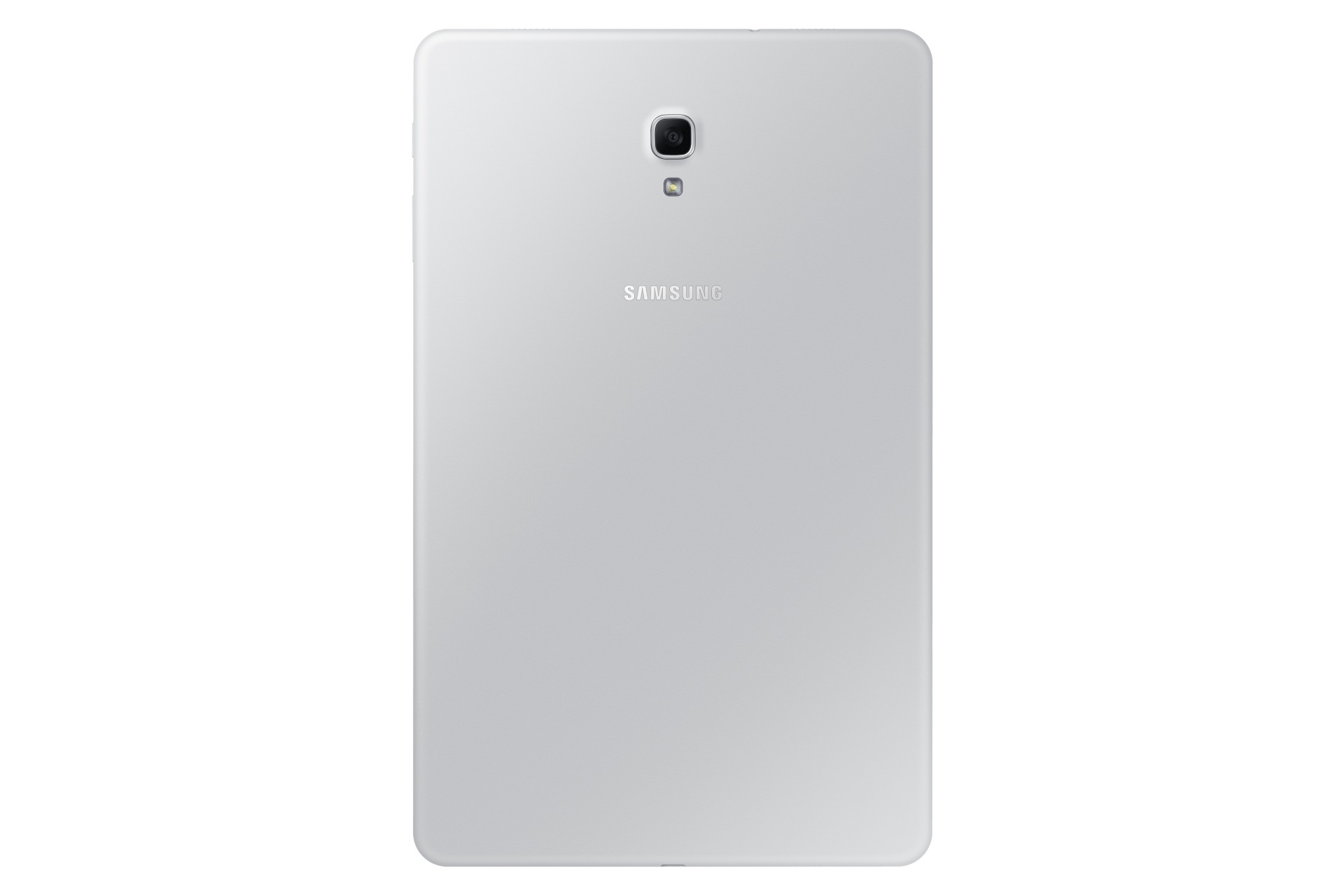 It’s powered by a 1.8GHz Qualcomm Snapdragon 450 processor with 3GB of RAM and 32GB of internal storage. External expansion up to 400GB is possible through a microSD card. The tablet has an 8-megapixel rear camera with flash and a 5-megapixel front camera. There’s no fingerprint sensor or iris scanner on this device.

The tablet ships with Android 8.1 Oreo out of the box. It features a 7,300mAh battery will be enough to keep the lights on for an extended period of time. SmartThings support means that the Galaxy Tab A 10.5 can also be used to control smart home devices. It features Bixby Home and Vision as well but not Voice. 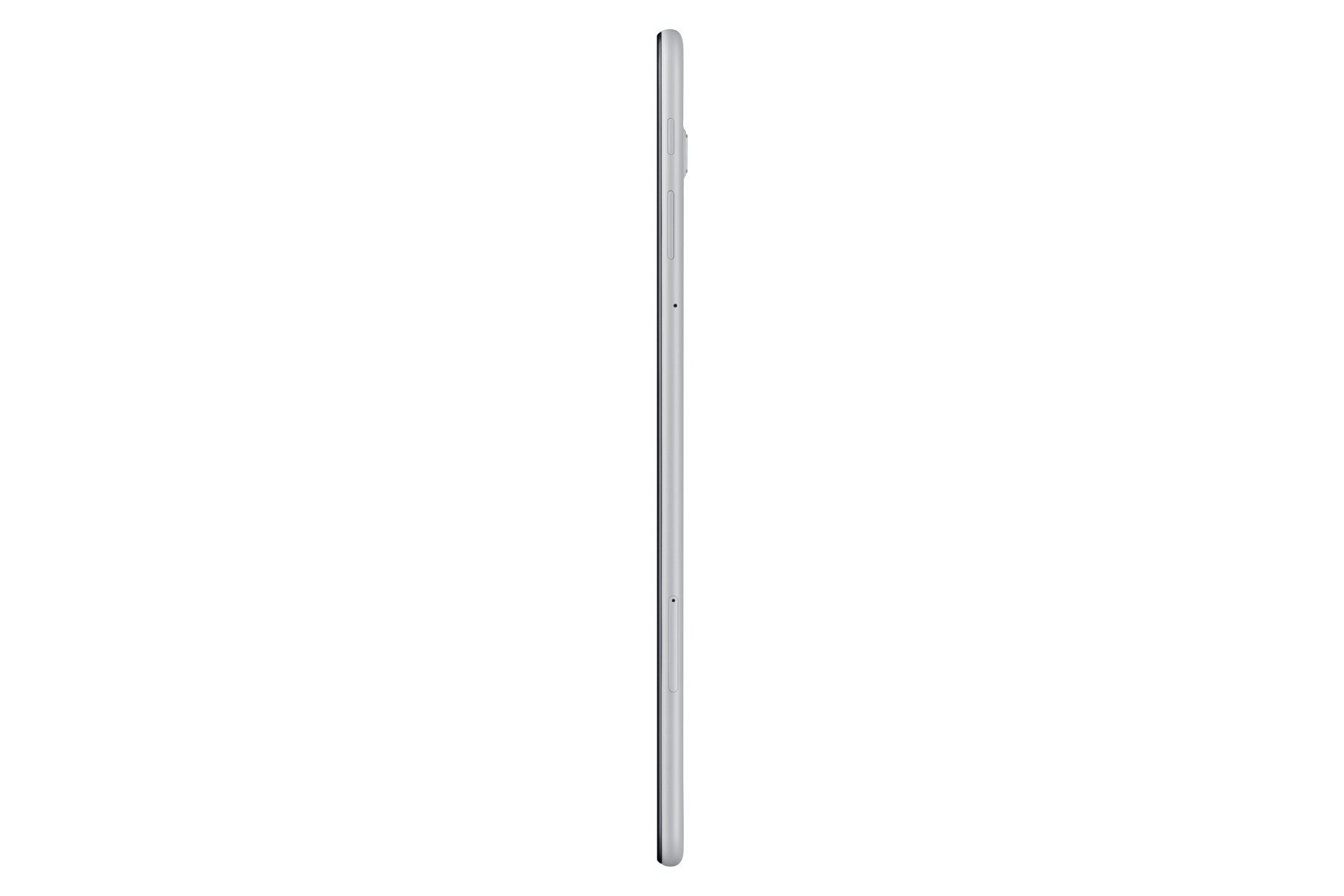 The Galaxy Tab A 10.5 will be available in gray and white colors in both Wi-Fi and LTE configurations on August 24. Also available will be a charging stand that showcases different pictures and information such as weather and time, along with a Book Cover that lets you prop the tablet up for watching videos. 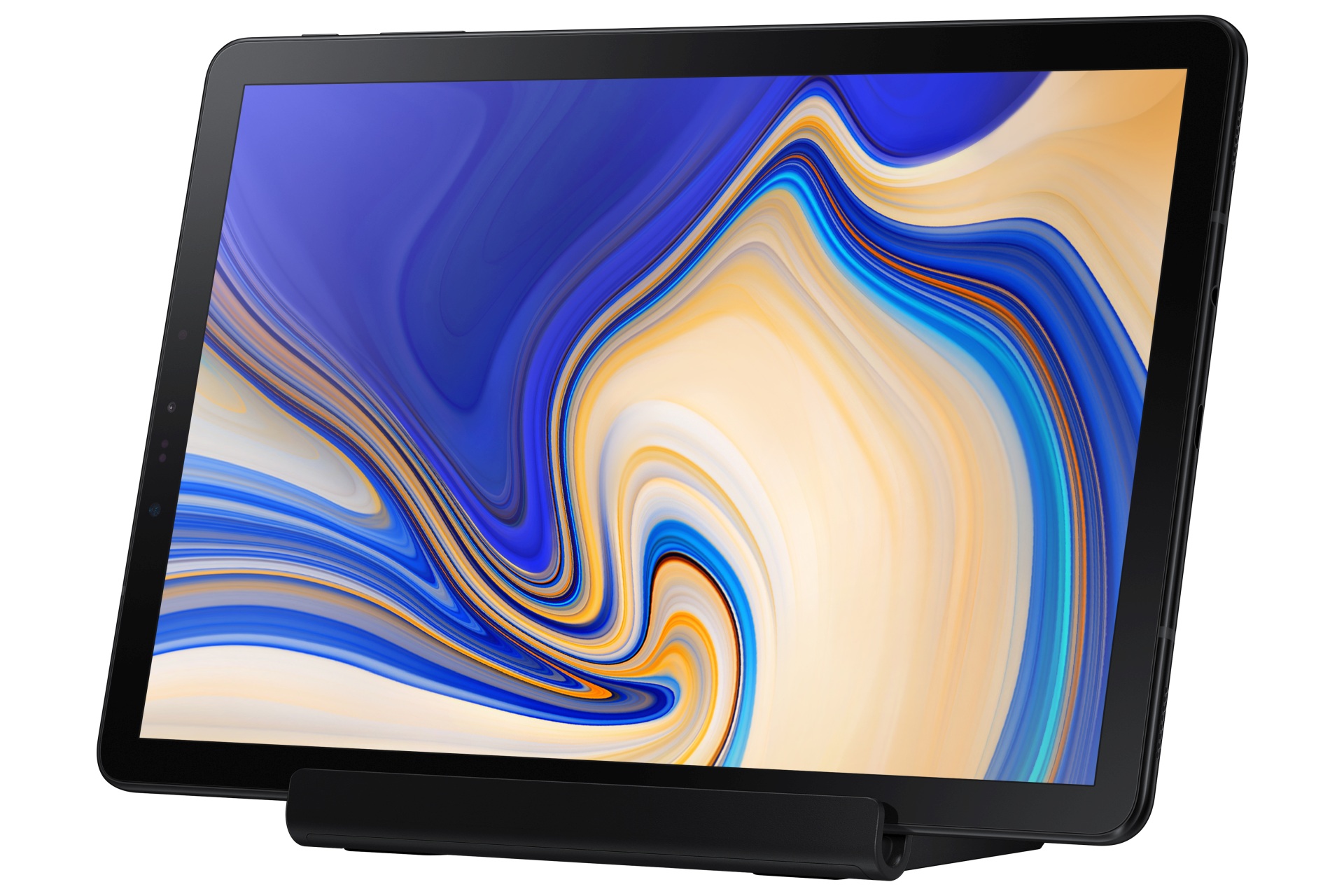 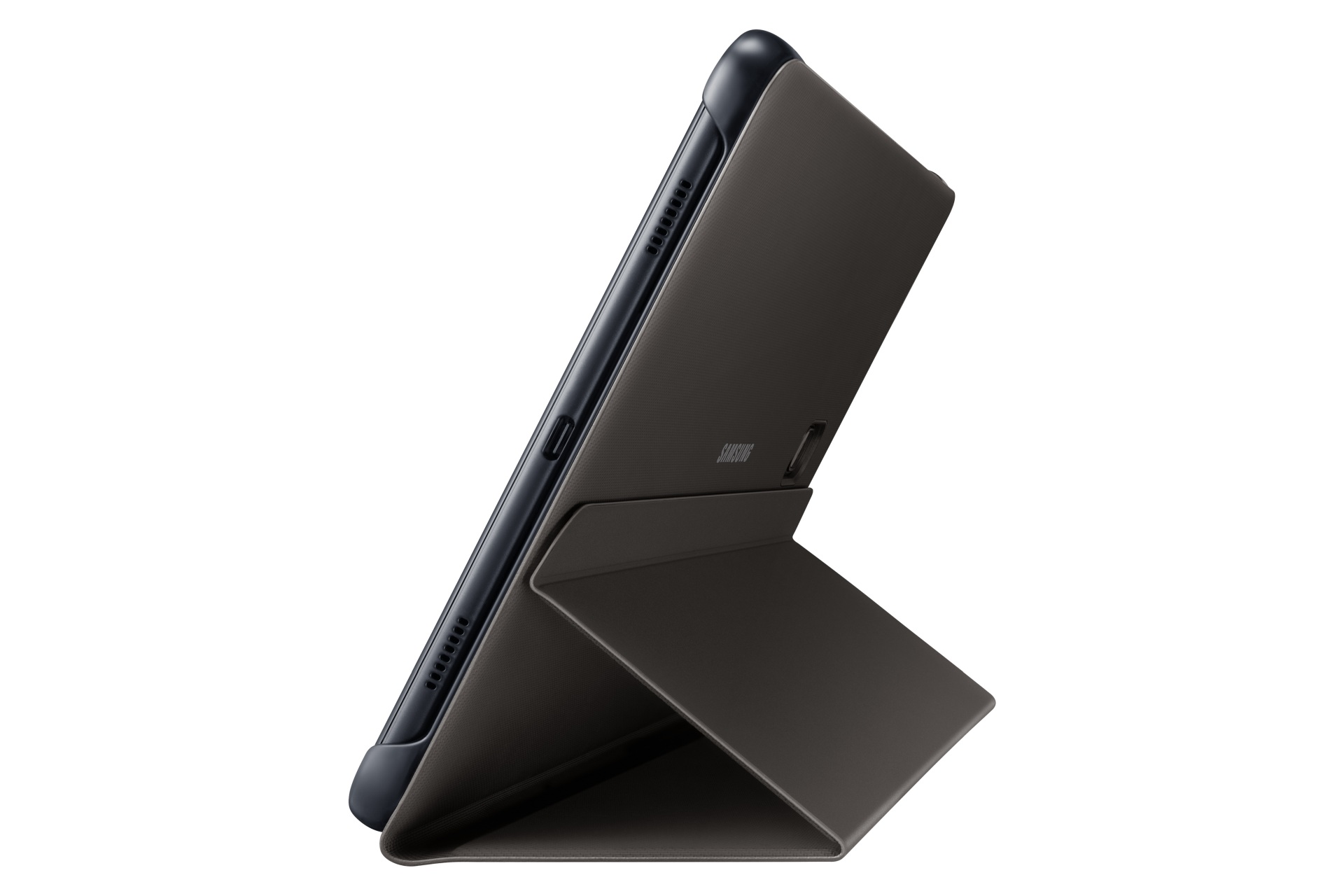