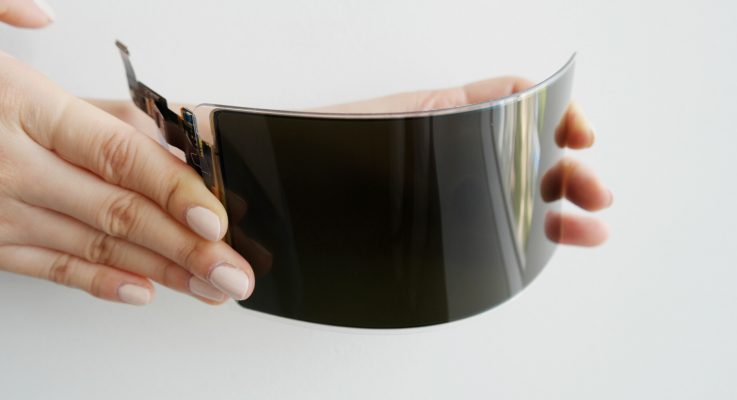 Samsung Display introduced its unbreakable smartphone display a couple of months ago. The 6.2-inch 1440×2960 panel with an all-plastic design was showcased at the SID DisplayWeek in May this year. Samsung’s display affiliate today announced that the unbreakable smartphone panel has now received a seal of approval from Underwriters Laboratories. It has been certified by UL which is an official testing company for OSHA, the Occupational Safety and Health Administration of the U.S. Department of Labor.

The unbreakable OLED panel can be used for smartphones as well as other electronic products including display consoles for automobiles, portable game consoles, tablets and mobile military devices.

The “unbreakable” quality of this panel is due to the special substrate and overlay window that’s securely adhered to the flexible OLED panel. Existing flexible OLED panels have a glass-covered window to the display which can shatter if severely impacted.

UL’s certification revealed that Samsung Display’s unbreakable display passed the rigorous real-time durability test which is based on military standards that are set by the U.S. Department of Defense. It even survived a subsequent 1.8 meter or almost 6 feet drop test and operated as it should have without any damage.

It survived a drop test from 1.2 meters or nearly 4 feet above the ground continuously for 26 times. The panel also passed (71 degrees) and low (-32 degrees) temperature tests and continued to function normally without any damage to its front, edges or sides.

Compare it to the recently-announced Gorilla Glass 6 from Corning and Samsung’s unbreakable panel appears to be the better option. Gorilla Glass 6 is a big improvement over its predecessor but the company’s claim puts its durability at surviving 15 drops from a height of 1 meter or 3.2 feet.

It’s pertinent to mention though that both figures represent lab tests. The factors aren’t controlled as tightly as they are in lab tests out in the real-world so the actual mileage here may vary. Samsung’s unbreakable OLED panel is likely to be used for the company’s first foldable smartphone that’s due next year.