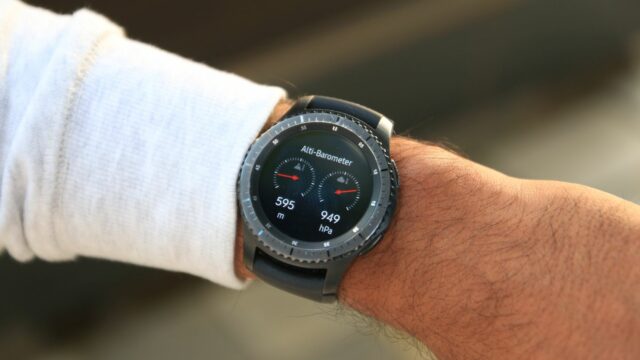 A couple of FCC listings for the Galaxy Watch have already revealed that the new smartwatch will be available in two different display sizes. The FCC has certified two models – SM-R800 and SM-R810 – with 1.3-inch and 1.2-inch displays respectively.

Word on the street is that there will indeed be a noticeable size difference between the two Galaxy Watch models. The model with the 1.3-inch display will measure 46mm which is the same as the Gear S3. The other model will measure 42mm which is a hair shorter than the 43mm Gear Sport.

Larger watches are in vogue these days so Samsung might find a lot of takers for the 46mm model. Those with smaller wrists who didn’t like how out of place a larger watch looked on them might then be catered to with the 42mm option. Many, including myself, feel that 42mm is an appropriate size for a watch – smart or not.

Samsung is going to offer Wi-Fi and LTE variants of both models. The rumors claim that the LTE models will be available on all US carriers and that Samsung will release the Galaxy Watch on the same day as the Galaxy Note 9. As it stands, the Galaxy Note 9 is expected to be released on August 24.

Do bear in mind that these are rumors and not solid information from trusted sources even though everything claimed is within the realm of possibility.