Samsung is working on a couple of new tablets in addition to the flagship Galaxy Tab S4 that’s due in a couple of months. We’ve been following these tablets through the development process over the past couple of months and have already seen the relevant certifications being acquired. This suggests that the launch of these new tablets may not be that far off.

The live images of Samsung’s Galaxy Tab Advanced2 and Advanced2 XL have now surfaced online as well. This is the first time that pictures of the tablets themselves have emerged from regulatory sources.

It was reported back in May this year that Samsung’s cheaper 10-inch tablet may be called the Galaxy Tab Advanced2. Bearing model number SM-T583, it’s essentially a revamped iteration of the Galaxy Tab A 10.1 which was launched in June 2016. The new tablet doesn’t really bring any design changes, though.

The first obvious change revealed by the image is that the tablet no longer has hardware navigation buttons as all of them will be on-screen. The device has also moved to a USB Type-C port. Its specs are said to include a Full HD 1920×1200 pixel resolution display, Samsung’s Exynos 7870 chip with 3GB of RAM and 32GB of storage.

As the name suggests, the Galaxy Tab Advanced2 XL will have more to offer. It has slightly slimmer bezels and does away with the physical navigation buttons as well. Its specs may include Android 8.1 Oreo, a USB Type-C port, 3.5mm headphone jack, Bluetooth 4.2, optional 4G LTE and more. No other details are available as yet so the processor, RAM and storage are as yet unknown.

Samsung hasn’t revealed as yet when it’s going to launch these new tablets. The Galaxy Tab S4 is expected at IFA 2018 in Berlin this September so perhaps these tablets may be launched alongside the new flagship as well. There’s also the possibility that Samsung may shorten the names of these tablets to the Galaxy Tab A2 and A2 XL at launch. 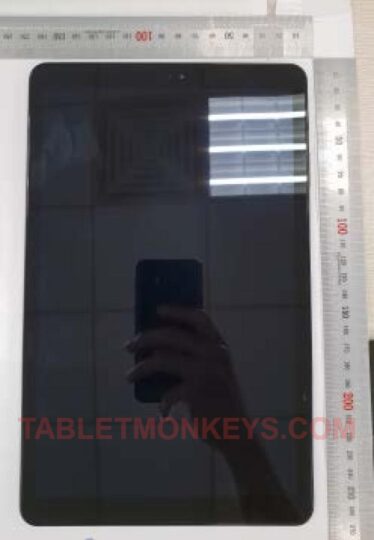 Galaxy Tab A2 XL may sport a dedicated Bixby button

The various leaks and certifications have already confirmed the impending launch of the Galaxy Tab A2 XL. Cons …