Could this feature make up for a single rear camera on the Galaxy S9?

A recent report suggested that a dual rear camera setup could be exclusive to the Galaxy S9+, with the regular Galaxy S9 featuring only a single camera at the back. If true, it would be a considerable departure from Samsung’s usual tradition, which has only seen the company reduce display and battery size on the smaller model of a new flagship, keeping all other features the same across both regular and Plus/edge models.

While there’s no telling what reasons (cost-cutting, making space for a bigger battery and/or a display with reduced bezels, etc.) would result in Samsung deciding to limit the regular S9 to a single camera, there’s one feature that would somewhat make up for the lack of dual cameras. No, I’m not talking about a software mode to mimic Live Focus photos.

If you saw the recent announcement of Samsung’s new clamshell flagship, the W2018, in China, you probably know that one of the highlights of the device is a rear camera with f/1.5 aperture. The widest (or largest) aperture we have seen on a smartphone camera is probably the f/1.6 lens on the LG V30, and those who know about cameras know that a wider aperture makes for an increased bokeh effect. In simpler terms, the wider the aperture, higher the amount of blur in the subject’s background when a photo is captured (and also, more light). 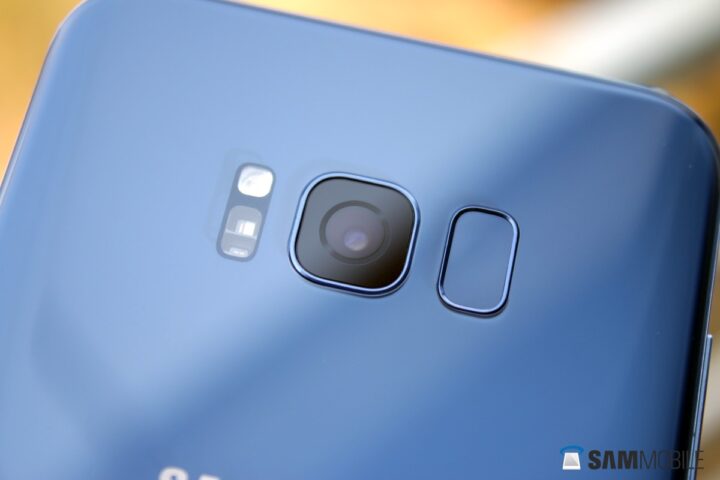 Google is already using software for capturing portrait photos with the single rear camera on the new Pixel phones, and while Samsung probably won’t offer a portrait mode on the S9 if it has only one rear camera sensor, an f/1.4 or f/1.5 lens would automatically mean better bokeh effect in photos. The S9, in fact, may even have an f/1.4 lens, if one rumor is to be believed. That could go some way in consoling buyers of the non-Plus model while not fully making up for the fact that they’re getting lesser hardware just because they opted for the more compact of Samsung’s new flagship duo.

Of course, all this depends on the company actually using a lens with such a wide aperture on the Galaxy S9. Maybe both models will have dual rear cameras, with the primary sensors on each also having an f/ 1.4 or 1.5 lens, although the latter is unlikely if Samsung intends to keep Live Focus as one of the main attractions of a dual camera setup. Or, well, an f/1.4 or f/1.5 lens won’t really make much of a difference for background blur/depth-of-field compared to the f/1.7 lenses that Samsung flagships currently employ, and the non-Plus Galaxy S9 will only end up offering less than its Plus counterpart without anything but a lower price to make up for it.

We will just have to wait and see.

Disclaimer: This article is an opinion post that is only speculating about what could happen. SamMobile doesn’t have information on the Galaxy S9’s camera, and this post should not be taken as a Galaxy S9 leak or rumor.