Following weeks of rumors about the Galaxy Tab Active 2, Samsung has now officially launched its new rugged tablet. We were actually the first ones to report that Samsung was working on this tablet for Europe and Latin America four months ago. It’s the successor to the first-generation Galaxy Tab Active that was launched in 2014.

Gerben van Walt Meijer, Samsung’s marketing manager in the Netherlands, said that the Galaxy Tab 2 Active has been designed with feedback from users in mind. It’s meant for employees in demanding professions worldwide. Partnerships with market leaders like IBM have also brought top asset management features to the tablet.

The Galaxy Tab Active 2 features an 8-inch 1200×800 pixel resolution display, it can be used even when the user has gloves on. It’s powered by a 1.6GHz Exynos 7880 processor with 3GB RAM and 16GB of storage.

The tablet also features an 8-megapixel rear and 5-megapixel front camera. It’s powered by Android 7.1 Nougat. The Samsung Galaxy Tab Active 2 will be available in Wi-Fi and 4G + Wi-Fi variants in black color.

The specs are obviously nothing to write home about, but it’s all about durability with this tablet. We’ll have a detailed review of the Samsung Galaxy Tab Active 2 up soon.

The Galaxy Tab Active 2 will go on sale in the Netherlands late next month for 500 euro. Samsung is yet to confirm pricing and availability details for other markets.

Update 2: Samsung has now sent out the press release again so the Galaxy Tab Active 2 has now been properly unveiled. 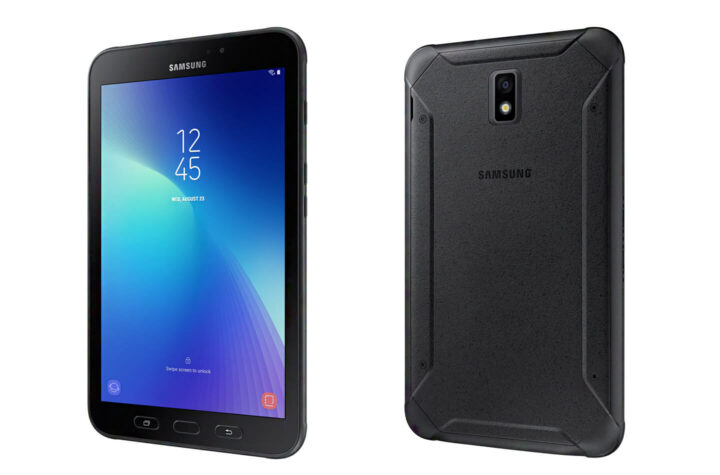