You can now use 2D apps in VR, thanks to PhoneCast VR’s new update

PhoneCast VR is an app was released two months ago for the Gear VR. It makes various third-party video streaming and video player apps compatible with Samsung’s virtual reality headset, allowing users to watch videos on a 200-inch virtual screen. Now, a new version of the PhoneCast VR has been released, which makes it compatible with popular 2D apps.

The PhoneCast app’s Labs feature enables users to run apps and games in virtual reality by creating a 2D window within the VR environment, and the chosen app or game will run in that window. Any approved or whitelisted app can be run in VR using PhoneCast VR. The app can be downloaded from the Oculus store on the Gear VR.

Yujin Jung, Senior Product Manager at Samsung Research America, said in an email that a lot of users wanted to run their daily and communication apps in VR, which led to the introduction of this new feature. So, the team went ahead and whitelisted a lot of popular apps for the PhoneCast VR app. 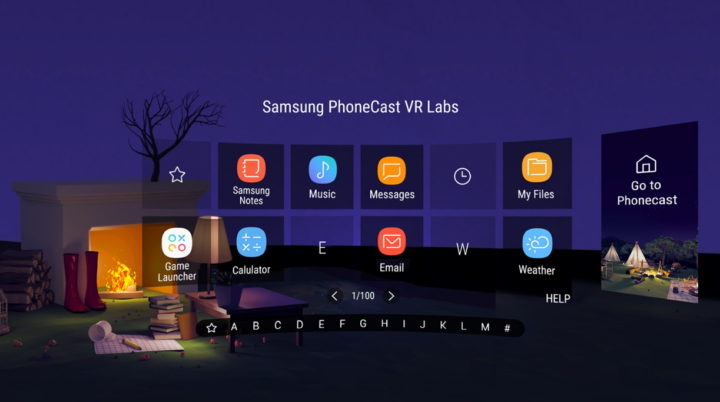 Samsung’s metaverse ‘My House’ is a huge hit, topping over 4 million visits

Samsung entered the so-called “metaverse” last month through the ZEPETO platform with the release of “My House.” The latter is a virtual space in the ZEPETO metaverse that players can decorate using various Samsung Electronics products, furniture, fabrics, and more. Samsung released the platform at CES 2022, and it turned out to be extremely popular […]