Samsung announced in late 2015 that it had developed a Bio Processor to improve health tracking features in wearable devices. It was going to make products powered by this chip and was also going to sell the chip to other manufacturers who wanted to improve their fitness and activity trackers.

At the Consumer Electronics Show 2016 in Las Vegas, Samsung showcased a prototype wearable device that utilized the Bio Processor it had announced a few weeks back. It was called S-Patch. The prototype featured Bluetooth connectivity and built-in memory. It could be attached to the user’s chest to track heart rate in real time.

It appears that Samsung has developed the commercial version of the prototype that it demonstrated at CES in January last year. A Samsung device called S-Patch3 has been spotted at the FCC. An image included in the filing reveals that this is a “wearable health monitoring system.”

No further details are available at this point in time so we’ll have to wait and see when Samsung reveals more about this new wearable device. Whenever an unreleased device makes an appearance at the FCC, it’s normally taken as an indication that the launch is not that far off.

That’s likely going to be the case with the S-Patch3 as well. 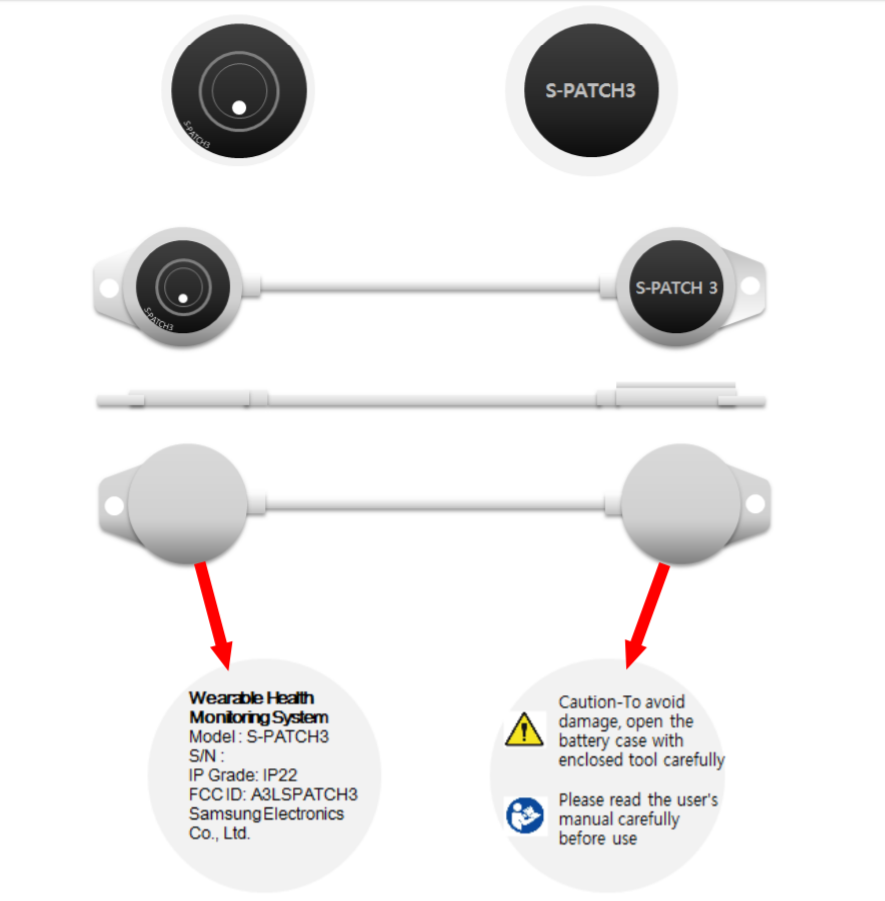