Previous reports have suggested that Samsung will start taking pre-orders for the Galaxy S8 and Galaxy S8 Plus in the first week of April. If a new leak is to be believed, customers in the United States will be able to pre-order Galaxy S8 from Target starting April 2. The retailer will apparently be offering some incentives to pre-order customers as well.

A Target brochure has appeared online which reveals that the retailer is going to start taking pre-orders for Samsung’s next flagship smartphone from April 2. It appears that Target is also going to offer a free Gear VR headset with Controller and a $100 gift card that can be used to purchase anything that Target sells.

We’ve seen Samsung offer free Gear VR headsets before to pre-order customers so this isn’t surprising at all. Retailers tend to offer their own incentives to get customers to order from them.

The brochure doesn’t reveal when pre-ordered units will start shipping, that date will obviously coincide with the flagship’s retail release, which by current reports is expected to be somewhere in mid-April. 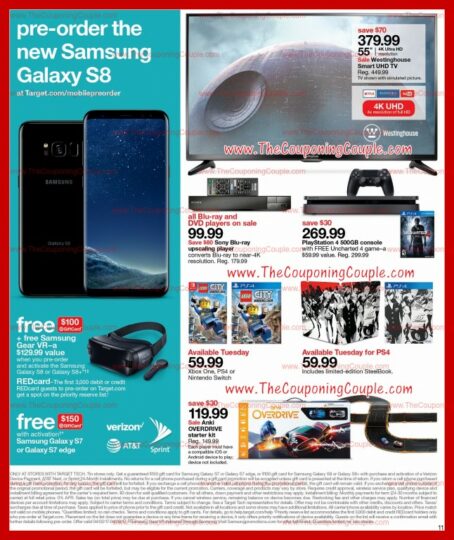