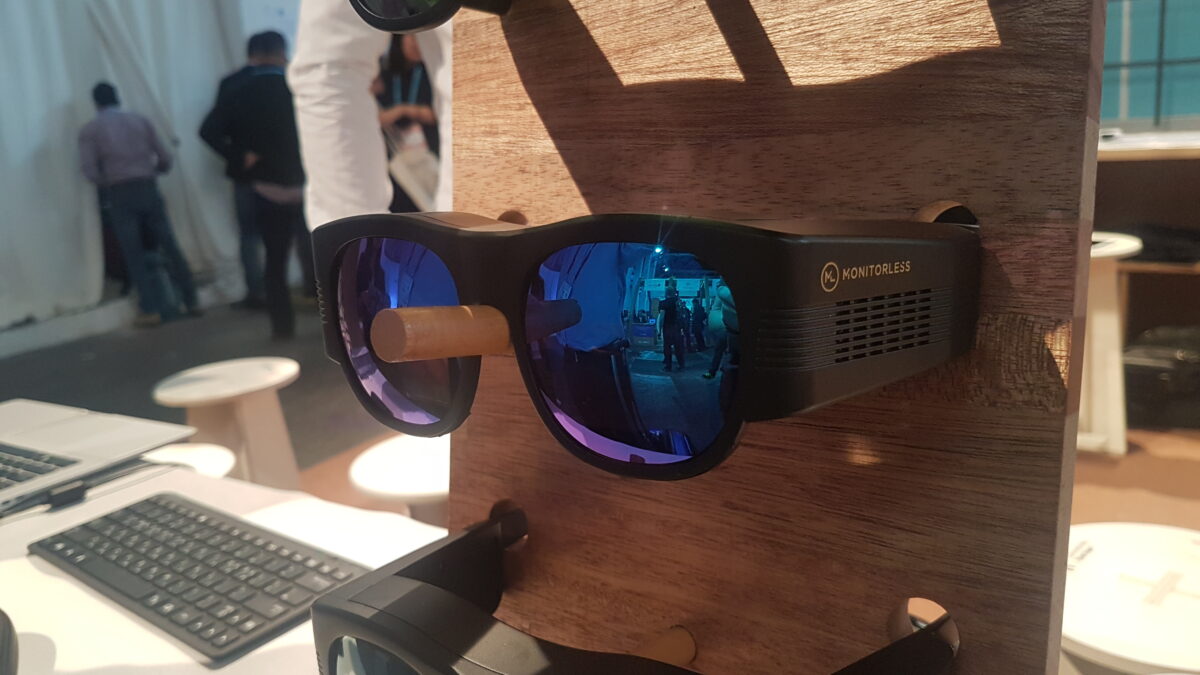 Samsung’s C-Lab division is showcasing four new virtual reality projects at the Mobile World Congress 2017 here in Barcelona. We went to check out the new projects that are called Relumino, TraVRer, Monitorless and VuildUs.

In this post we’ll be talking about Monitorless in detail.

What is Monitorless?
As the name suggests, Monitorless lets you use a smartphone and PC through a virtual screen remotely without physical monitors. The Monitorless glasses can be used to view content from devices like smartphones and PCs, but also for augmented reality and virtual reality functions.

How does it work?
Monitorless uses a special pair of glasses instead which resemble regular sunglasses. These glasses contain a lot of hardware, like a CPU, WiFi chip, projector, battery, speaker and of course two optical lenses. This makes the glasses pretty much able to function standalone, except for the content itself.

The content that is viewed via devices like smartphones (and probably also tablets) is streamed remotely via WiFi Direct. The content that is viewed via devices like (Windows) PCs is streamed remotely via the smartphone’s 4G/LTE Internet connection, to the glasses again via WiFi Direct. For the Augmented Reality (AR) and Virtual Reality (VR) functions, Monitorless explained that it would be possible to use the smartphone as a controller, for example, the smartphone screen in horizontal (landscape) mode could be used as a gamepad.

Did Monitorless impress us?
We were reasonably impressed with the Monitorless project. Unfortunately, the demo from Monitorless did not contain the gamepad functionality, which might be one of the most impressive features, even though it might be pretty difficult to get used to using a touchscreen as a controller when unable to get feedback from the buttons.

When can we expect the project?
On the hardware side, Monitorless seemed pretty far with their developments; the special pair of glasses that resembles sunglasses looked pretty smooth and all the hardware inside seemed working very well. On the software side, it was a bit harder to judge; again, mainly because the gamepad functionality was not shown in the demo, and also the remote streaming performance was not that great, but that could very well be due to the demo circumstances.

While it might not be completely sure if or when this product hits the market, there is already a lot of work done, so all that might be left for this product could be a sales pitch? 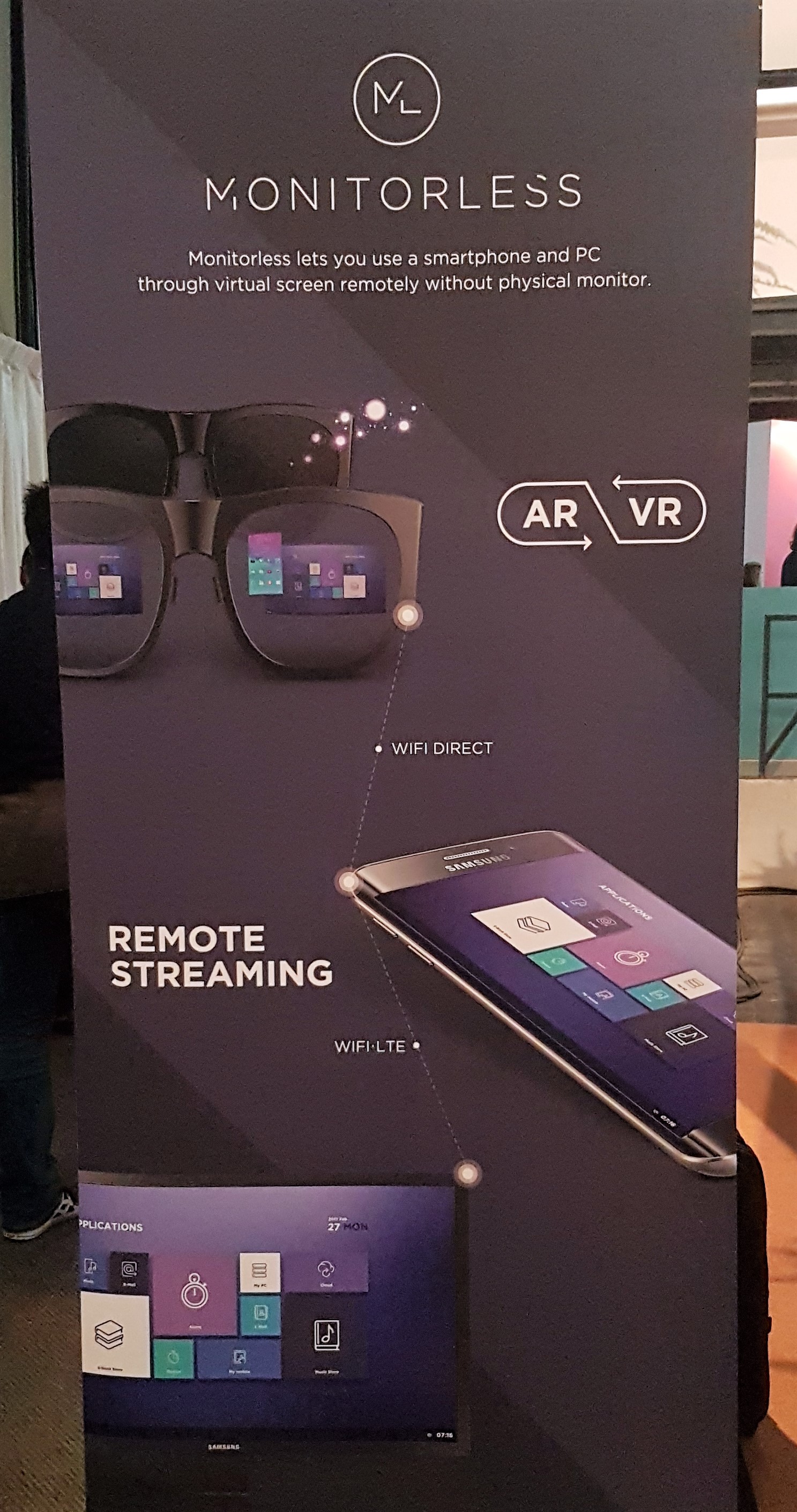 In an official newsroom post, Samsung announced that it will showcase innovative projects at CES 2023 developed by its C-Lab startups. Samsung will display four projects from the C-Lab inside (in-house venture program) and eight exciting projects from its C-Lab Outside (startup acceleration program). From January 5 to 8, visitors can come and take a look […]