Here are the purported specifications of the Galaxy TabPro S2

Earlier this week, Samsung’s upcoming Windows 10-powered tablet, the Galaxy TabPro S2, was spotted passing through the Federal Communications Commission (FCC) in the United States. Information included in the filing documentation that was uncovered yesterday by The Leaker suggests that the device will pack a 12-inch Super AMOLED Quad HD display, a 3.1GHZ Intel Core i5 7200U 7th Gen Kaby Lake CPU, 4GB of RAM, 128GB of SSD storage and a 5,070mAh battery.

The full specs can be seen below, courtesy of The Verge:

It’s important to note, however, that these specifications are far from confirmed — so they should be taken with a relatively hefty pinch of salt. That said, they do seem perfectly feasible and the paperwork revealing that there will be four variants — depending on whether you want Windows 10 Home or Windows 10 Pro, and LTE connectivity or not — matches up to what we’ve heard in the past. Only time will tell, though. 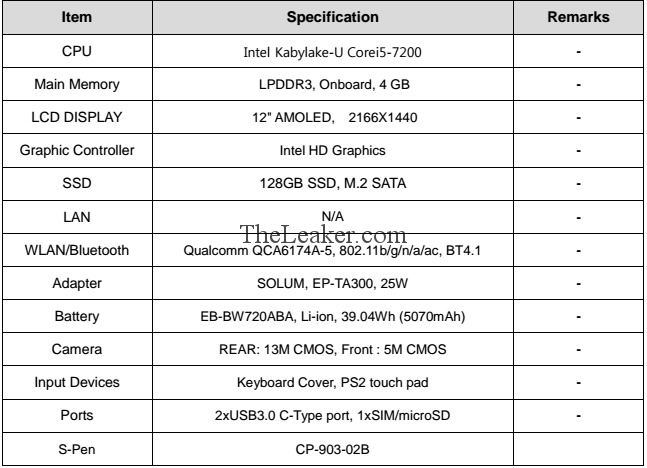 Exclusive: Samsung to launch its second Windows 10 tablet, the Galaxy …