We reported exclusively last year that Samsung has a new Windows 10-powered tablet in the pipeline and over the past few weeks we’ve seen the tablet get the relevant certifications that are required before launch. The Galaxy TabPro S2 has now been spotted at the FCC. The listing includes a schematic of the rear and suggests that it might feature a metal back. We also get to see what might possibly be fan holes at the top left corner. According to a report, this means there’s a possibility that the new tablet could have an Intel U-Series processor.

The schematic also includes a Verizon logo on the back which means that it’s going to have LTE support built-in. Previous reports suggest that the Galaxy TabPro S2 might feature a 12-inch 2160×1440 pixel resolution display and the latest Intel Core M series processor.

Intel’s U-Series processors require less power but deliver less performance when compared to full-power Intel processors meant for proper notebooks. Since the Galaxy TabPro S2 will be a tablet it would be the perfect fit for this particular series of processors from Intel. Precisely which U-Series processor Samsung might opt for this tablet remains a mystery right now.

Nothing is confirmed at this point in time so who knows, Samsung might not go with an Intel U-Series processor at all. Samsung is likely going to unveil the Galaxy TabPro S2 at the Mobile World Congress 2017 later this month. 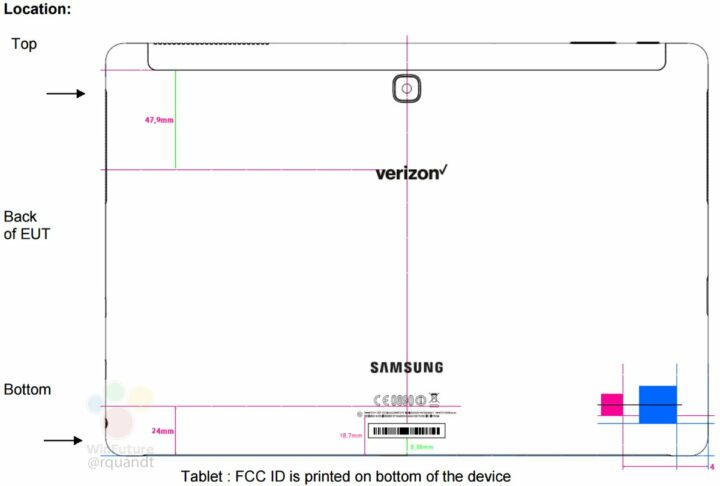 What to expect from Samsung at MWC 2017

The Mobile World Congress 2017 is one of the world’s largest consumer electronics trade shows. Samsung h …

[Poll Results!] Are you still interested in buying a tablet?

The tablet market has been in a state of constant decline and the final quarter of last year was no different. …