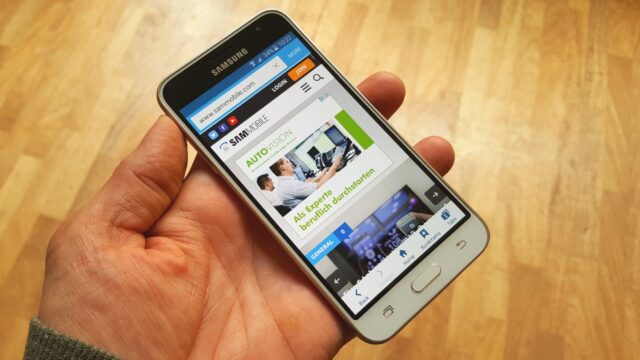 Earlier today, an unannounced Galaxy-branded smartphone made a pitstop at the United States of America’s official certification authority, the FCC. Unfortunately, the majority of the information included in the filing is protected by a confidentiality request submitted by Samsung. The only thing the protection detail doesn’t cover is the handset’s model number — SM-J327P.

If you’ve been following SamMobile closely over the course of the past couple of weeks, you’ll likely notice that the model number matches up to the Galaxy J3 (2017) that was imported into India for testing on October 9. Shortly after, the device surfaced on an online benchmark database, shining a much-needed light on its specifications.

The Galaxy J3 (2017) is expected to pack a 5-inch display, a 1.4GHz Qualcomm Snapdragon 430 processor, 2GB RAM, an 8MP rear-facing camera, a 5MP selfie shooter and a a 2,600mAh battery. It’s believed to ship running the latest build of Marshmallow, but will likely be eligible for the Nougat update. Although, we doubt that it will receive it in a timely manner.