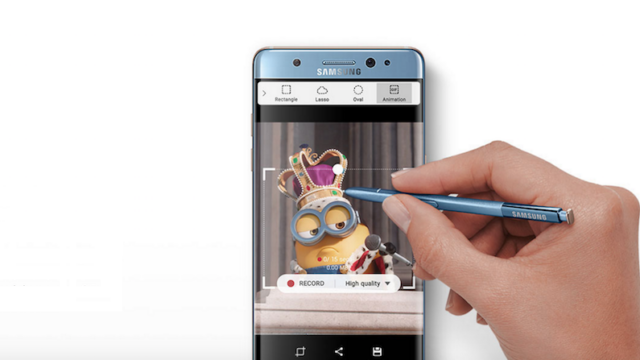 Verizon, AT&T and T-Mobile have all confirmed that they will no longer sell the Galaxy Note 7 until Samsung provides an effective response to the latest reports of replacement units exploding. After all, their reputation is on the line as well. Only Sprint remained and the carrier has now confirmed that it’s also halting sales of the Galaxy Note 7. One of Samsung’s major retail partners has followed suit too, Best Buy has made a similar announcement today.

Like its rivals, Sprint is allowing existing Galaxy Note 7 owners on its network to replace their handsets for any other device in its lineup. Sprint has sent out the following official statement:

Given recent issues reported in the media, Sprint is halting sales of replacement Note 7 devices pending the conclusion of the investigation by the U.S. Consumer Product Safety Commission and Samsung. If a Sprint customer with a replacement Note 7 has any concerns, we will exchange it for any other device.

Best Buy’s announcement is along the same lines. A spokesperson for the giant retailer has confirmed that Best Buy is no longer selling the Galaxy Note 7 and that customers who purchased one from it can return or exchange their unit for a different phone of their choice. All four major carriers in the country have now stopped selling the Galaxy Note 7 and it’s only a matter of time before other retail partners join the list.

It’s unclear when Samsung’s investigation into these reports will be concluded and when we’ll get to know whether or not there’s an inherent issue with the Galaxy Note 7 that might force it to issue a second recall for its new flagship.