It would appear that Samsung is in the final stages of testing the long-awaited Nougat update for the Galaxy S7 as a variant of the device running Android 7.0 has surfaced on the official GFXBench online database. Typically, when a unit is benchmarked operating a new version of Android, it indicates that a rollout is imminent.

Seeing as we’ve known that the South Korean company has been testing the Nougat firmware for the Galaxy S7 and Galaxy S7 edge in Poland for a little over two weeks now, we wouldn’t be wrong to assume that it shouldn’t be too much longer until it enters distribution for International models of the handsets located in Europe. 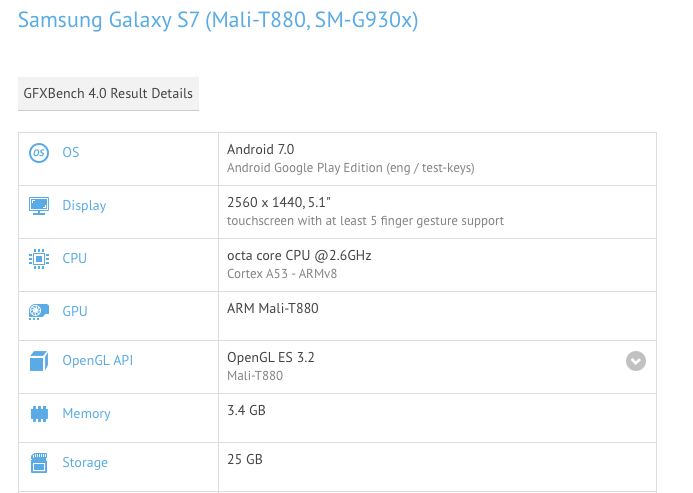