Samsung Galaxy On5 Pro and Galaxy On7 Pro review

Last year, Samsung launched the Galaxy On series of smartphones in the Indian market. Unlike all its other smartphones, the Galaxy On5 and Galaxy On7 were exclusive to online retailers, in a bid to compete with the feature-packed affordable smartphones that Chinese manufacturers were selling through the online-only model. As the On5 and On7 were sold online, Samsung managed to save on costs associated with offline retailers and stores. As a result, the Galaxy On5 and Galaxy On7 had slightly better specs that what were expected from Samsung phones at those price points.

Fast forward to 2016, and Samsung has launched the On5 Pro and On7 Pro, which bring more RAM, storage and an upgraded version of Android. The Galaxy On5 Pro and Galaxy On7 Pro, like their predecessors, are targeted at those who like to be online all the time (hence the “On” in the phones’ names). At roughly $140 and $160, the On5 Pro and On7 Pro offer the best specs Samsung has ever offered in the segment. In fact, the Galaxy On5 Pro is priced lower than the Galaxy J2 (2016), which has abysmal hardware and only has its cool notification ring to boast about.

We have had both new On handsets in our possession for the last couple of weeks; we thought about doing a full review, but given their limited availability and the fact that they are minor upgrades over the original lineup, we’ll be doing a quick one to see how these handsets fare. Don’t worry, we did use these devices as our main phones for a couple of days, and we will just be keeping the review’s word count short.

Note: The Galaxy On5 (2016) and Galaxy On7 (2016) are the actual true successors to the On5 and On7 and were launched as the Galaxy J5 Prime and Galaxy J7 Prime in the Indian market.

The On5 Pro and On7 Pro are pretty similar to their predecessors in terms of design. That is to say there is nothing impressive to be seen. The phones are made of plastic, with a soft touch material on the back for enhanced grip. The back curves at the sides to allow for even better handling, similar to what we have seen on Samsung’s flagship smartphones. Both devices have notable heft but never felt heavy, which is to say their weight feels just right whether you’re using the devices with one hands or two.

Samsung has used 720p LCD panels on both phones, with 5-inch and 5.5-inch-inch displays on the On5 Pro and On7 Pro respectively. These panels are slightly above average in terms of color contrast but are otherwise quite run-of-the-mill. The On5 has the sharper display here, as 720p stopped being enough for 5.5-inch screens a long time back. A Super AMOLED panel would have gone a long way in improving the viewing experience, and Samsung is thankfully rectifying that with the Galaxy On8. Brightness levels are quite high, but the lack of auto brightness means you will have to use the Outdoor mode when you’re trying to use the device on a sunny day.

The On5 Pro and On7 Pro have 8-megapixel and 13-megapixel rear cameras, and a 5-megapixel sensor at the front. As one would expect at these price points, the cameras do an unimpressive job. The rear camera on the On7 Pro captures slightly more detail thanks to the high-resolution sensor, but even this detail is something you will only notice when you zoom in on a photo. Photos are sharp in good lighting conditions, but indoors and in low-light situations there’s a considerable amount of noise and very less fine detail. The front camera on both devices takes nice selfies; they come out a tad soft and dark indoors, but there’s a sufficient amount of detail when there’s enough natural light around you.

The camera app is the same one we have seen on other recent Samsung devices, with the option to launch it quickly by double pressing the home button even when the device is locked. You get regular camera modes like Panorama, Beauty Face and Burst; the Pro mode offers general customization like white balance, ISO and exposure adjustment and nothing more. There’s no option to shoot in HDR. A variety of effects come preloaded for both front and rear cameras. For selfies, the phones support holding out your palm in front to automatically initiate image capture with a timer, and there’s also a Wide Selfie mode for when you need to fit in more people in your front-facing shots. 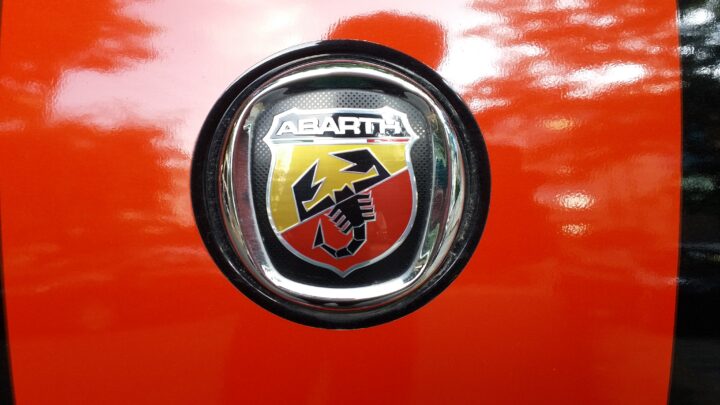 The On5 Pro and On7 Pro run Android 6.0.1 Marshmallow out of the box, with the latest iteration of Samsung’s TouchWiz interface. You don’t get all the features seen on high-end Samsung devices, but there are a few additional things on top of what Android offers. There’s full support for the Theme Store, so you can change the look of the user interface by selecting from thousands of third-party themes. Other features include S Bike Mode (check our detailed guide on how it works), Ultra Data Saving Mode for data savings, and Samsung’s advanced power saving modes.

Both the On5 Pro and On7 Pro come with a one-handed operation mode, which downsizes the entire interface and makes it shift to one side of the phone. The On5 Pro doesn’t really need this option with its 5-inch screen, but it’s a welcome feature nonetheless for those who want to consistently operate the device with a single hand in a particular situation. Smart Manager also comes preloaded for managing memory and storage; you can download Samsung Smart Switch from the Play Store to transfer data from an existing device.

The On7 Pro might have a more pixelated display, but it manages to offer a smoother and faster experience thanks to the Snapdragon 410 chip inside. The Exynos 3475 in the On5 Pro is less powerful and results in animation stutters and some delays in launching apps. Multitasking is fine on both devices thanks to the 2GB of RAM, although gaming performance leaves something to be desired when you try playing any high-end title. Asphalt 8, one of the most optimized high-end games available on Android, is a stutter fest at anything but the lowest graphical setting on the On5 Pro and the medium setting on the On7 Pro.

Thankfully, Samsung has provided 16GB of internal storage, so you can at least install more apps and large games instead of running out of space like you do on other budget Samsung phones. The 2GB of RAM is also welcome and is what keeps the phones from stuttering too much when you’ve been using them for a while and have a few apps running in the background. It’s clear that the online-only sales model lets Samsung refrain from compromising on basic specs like the memory and storage. You also get support for USB OTG for connectivity external storage devices and accessories like mice and keyboards.

Long-lasting battery life was one of the best features of the original On5 and On7, and it has carried over to the Pro editions. The On7 Pro – with its 3,000 mAh battery and low screen resolution – can easily last a day and a half with general usage that involves social media, taking a few photos, listening to music and even going about the day on a 4G connection. The On5 Pro can get you through the day, too, but you will have to charge it overnight. Charging times are nearly 2 hours on both devices thanks to the lack of fast charging support, which means the long battery life becomes an additional advantage.

Audio quality on the On5 Pro and On7 Pro is as average as it gets. The loudspeakers on these devices produce somewhat hollow sound, although the beats come off with considerable depth. The supplied earphones don’t particularly focus on either the lows, mids or highs; the volume levels are high, although your ears can start hurting after a few minutes of listening to music at the highest volume. Oh, and Samsung’s default music player isn’t installed on either device and cannot be downloaded from the Play Store or Galaxy Apps store, so you will have to make do with the pre-installed Google Play Music or a third-party alternative. Call quality through the earpiece is pretty good, if not really stellar.

For regular Samsung devices, it makes sense that the company can’t offer the greatest of hardware at budget prices. After all, there’s profit to be made, advertising to be done, and funds to be allocated to research and development. Chinese manufacturers offer smartphones ten times better than Samsung’s offerings at the same prices, but since most of those are only available online, Samsung’s devices give consumers the benefit of walking into any local retail stores to pick one up.

But for the Galaxy On series, which, like the Chinese competition, isn’t sold offline, it becomes a completely different ballgame. Samsung’s smartphones lose all value here, except for when it comes to good after sales support. The Galaxy On5 Pro and Galaxy On7 Pro just don’t have any unique feature that would make us give them a recommendation. Again, after sales support is where these devices will give you peace of mind, but there are just too many Chinese smartphones that are a better proposition for your hard earned money.