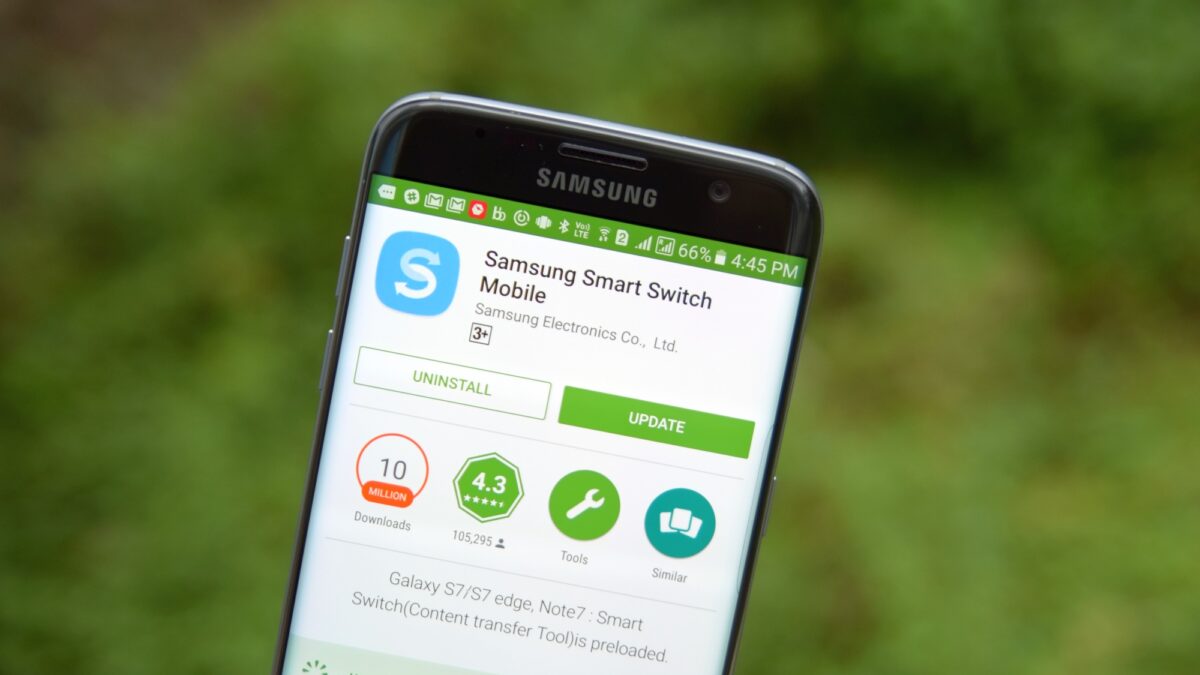 Samsung is rolling out a major new update to its Smart Switch app for Android today. The update, available on the Play Store and on Samsung’s Galaxy Apps store, brings support for transferring content from smartphones running Windows Phone 8.1. It’s something we probably should have seen a long time ago, but given the low penetration of Windows Phone devices, it isn’t surprising that it is only now that Microsoft’s mobile OS is getting proper support.

The updated version of Smart Switch also adds the ability to transfer additional content from Apple devices running iOS 9 – the app will now let you download all your documents from Apple’s iWorks suite of office applications. Message backup and restore is getting speed improvements as well, which should be welcomed by those with a lot of messages on their device. The update also brings bug fixes, or at least one bug fix, as the changelog would suggest.

Grab the new Smart Switch from the Play Store or the Galaxy Apps store. 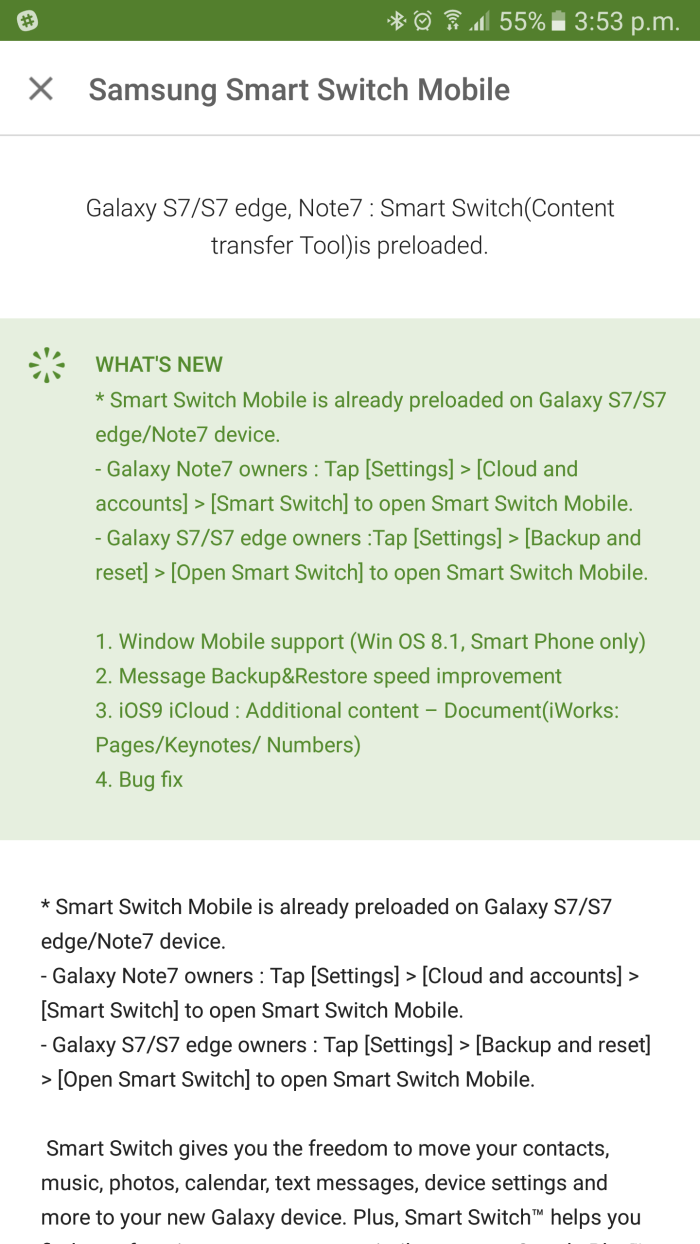 Here’s another indication that the Android 8.0 Oreo beta program for the Galaxy S8 could start sometime …

Samsung is making another one of its proprietary apps compatible with Nougat today: an update is now rolling o …

Smart Switch updated with support for the transfer adapter that ships …