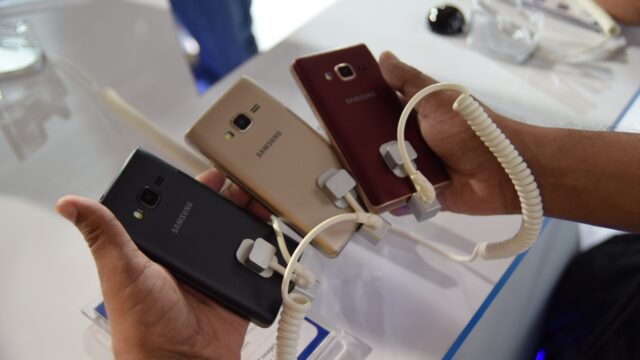 The Samsung Z2 went official today, and at the announcement event, we were able to play around a bit with the Korean giant’s latest Tizen smartphone. If you didn’t already surmise from the phone’s price tag and specs, the Z2 isn’t supposed to attract seasoned smartphone users. Instead, Samsung is once again looking at feature phone users – of which more than 550 million exist in India – for selling the new Tizen handset. The company touts Tizen as a simple and intuitive operating system (it’s not any more simple or difficult to use than the company’s Android phones), and the Z2 gets a couple of new features focused on Indian users.

These features include the My Money Transfer app, which will let users transfer money between bank accounts without the need for an internet connection (Samsung says most popular banks will support the app). Then there is S Bike Mode, which is making its Tizen debut with the Z2. Samsung has also built in a quick way of switching between apps – you can swipe up from the bottom of the screen to switch between all your recently opened apps, something that worked pretty well when I tried it out. Ultra Data Saving Mode is also available. In terms of performance, the phone felt quick and smooth, especially given the meagre hardware inside. But then again, that’s one of Tizen’s allures: The OS is lightweight and suitable for low-end devices. 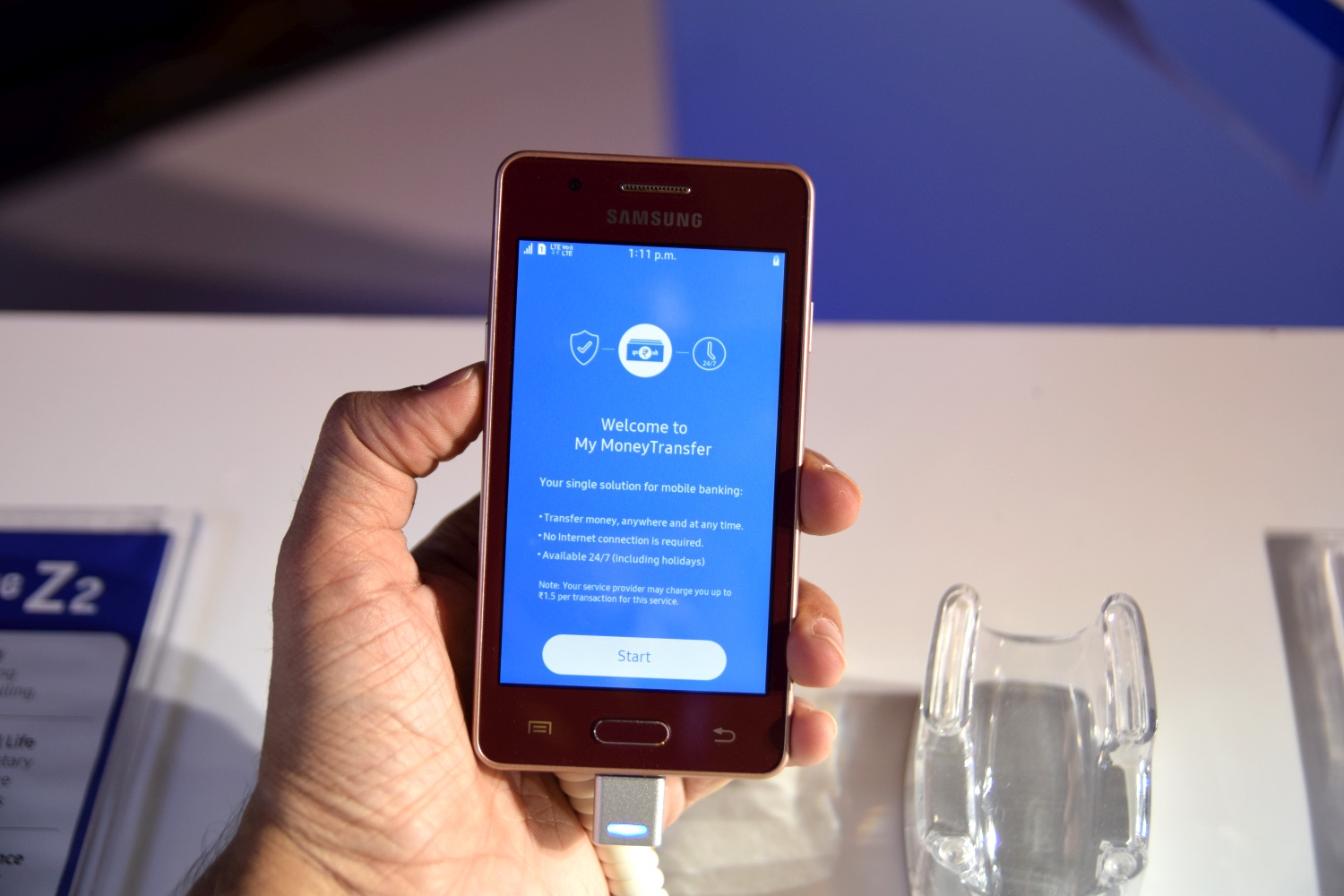 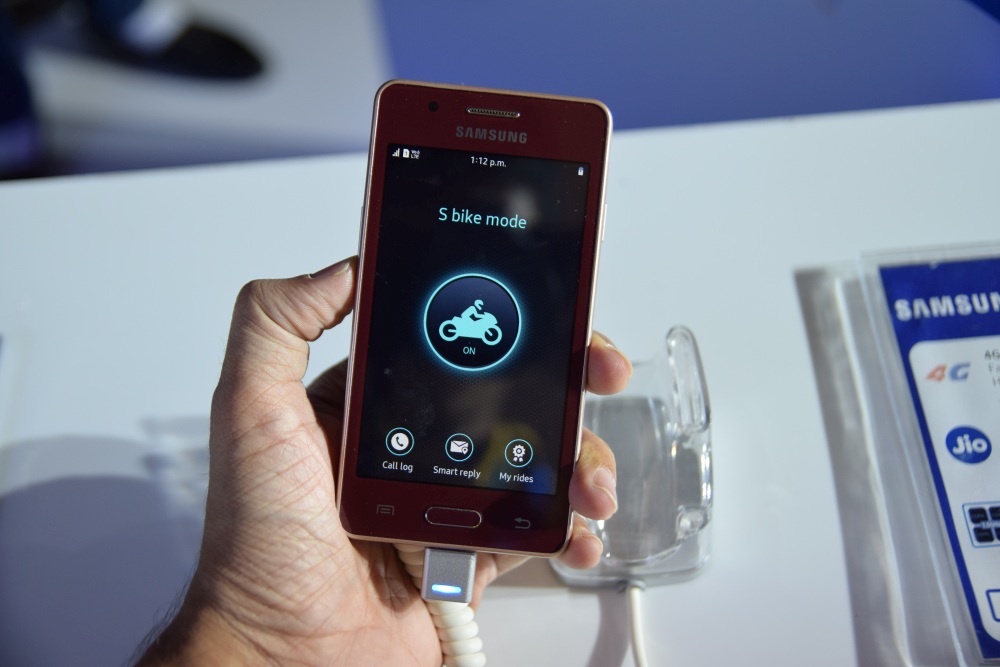 In terms of design, there’s nothing special on offer here, except maybe on the red wine version of the Z2. Like the Blue Coral Galaxy Note 7, the red wine version is a maroon-ish red on the front and back but gold on the sides, which makes for a nice look. The phone is extremely thick at the sides, but that actually plays out as an advantage as the screen is rather small at 4 inches. Oh, and as expected for this price, the screen is a regular LCD unit. There is no auto brightness option, but you do get an Outdoor option for increased brightness when you need it.

I tried out the Z2’s cameras as well. The rear camera produced rather poor images in the brightly lit demo area inside the venue, but I’m guessing its performance will be better in natural light. The front camera is also run-of-the-mill, but nothing else can be expected from a VGA sensor. The camera can be launched quickly by double tapping the home button, a feature that is pretty much available on every Samsung phone these days.

We will be doing an official Z2 review and will be better able to tell you how the phone performs in all aspects after using it for a few days. My first impression is that the Samsung Z2 is yet another Tizen handset that will do nothing to attract Android users and will only be bought by those that are moving on from a feature phone or are looking for a cheap secondary phone for calls and messaging (a huge market in India). It’s the cheapest Samsung has gone with a Tizen handset and that will help sales considerably. There’s no good Android phone under $70, especially not one with 4G connectivity, and that’s where the Z2 could be a very good proposition. 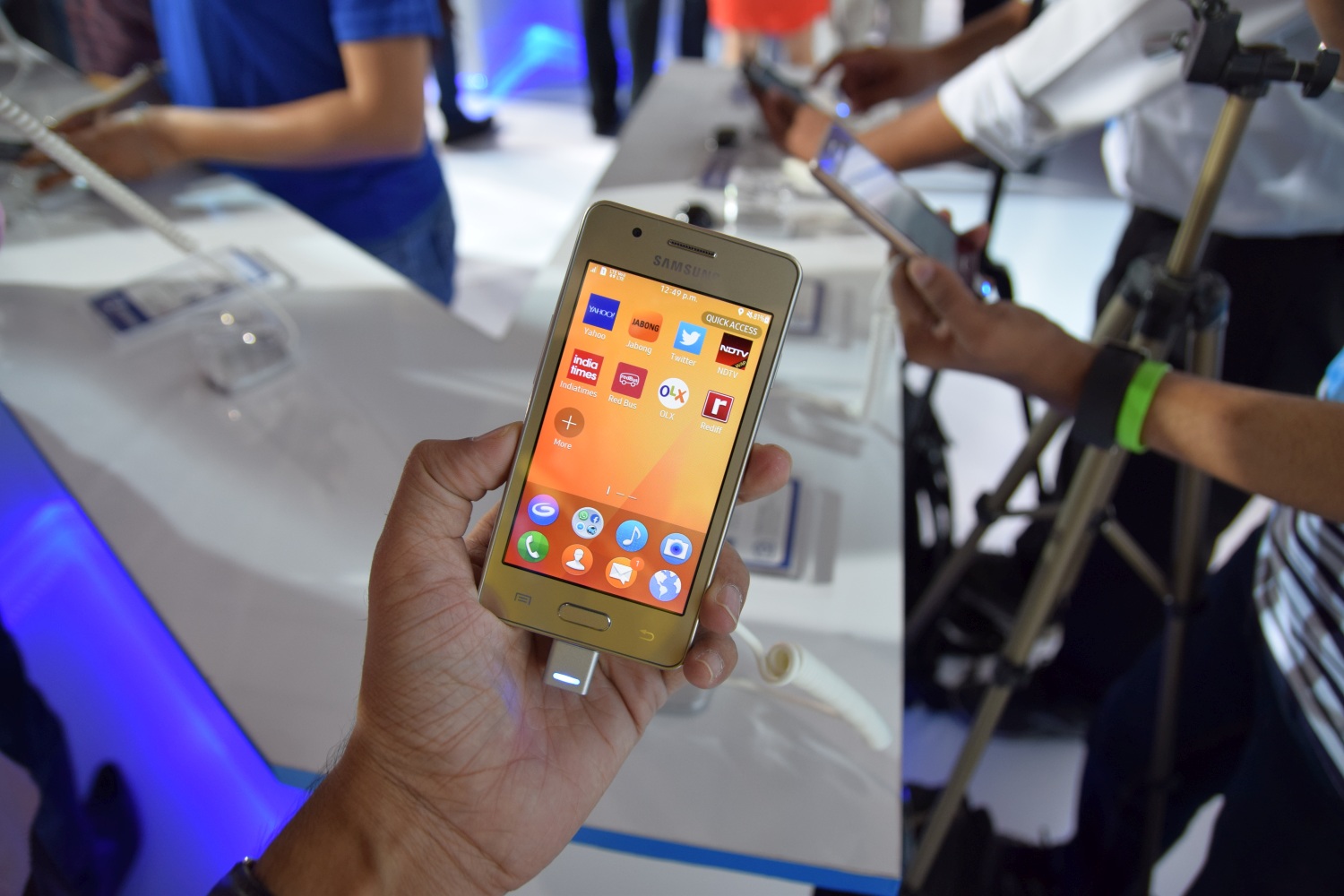 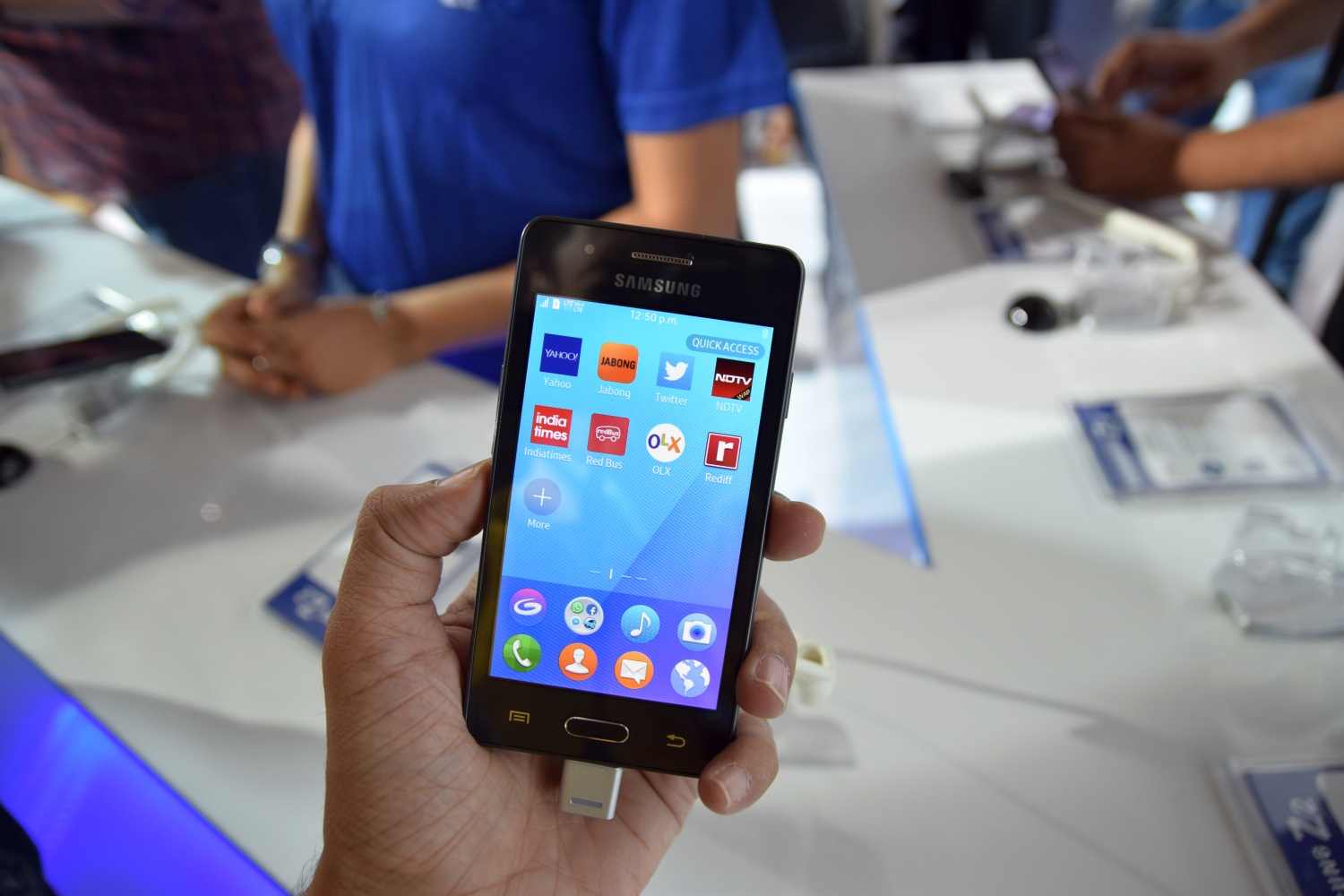 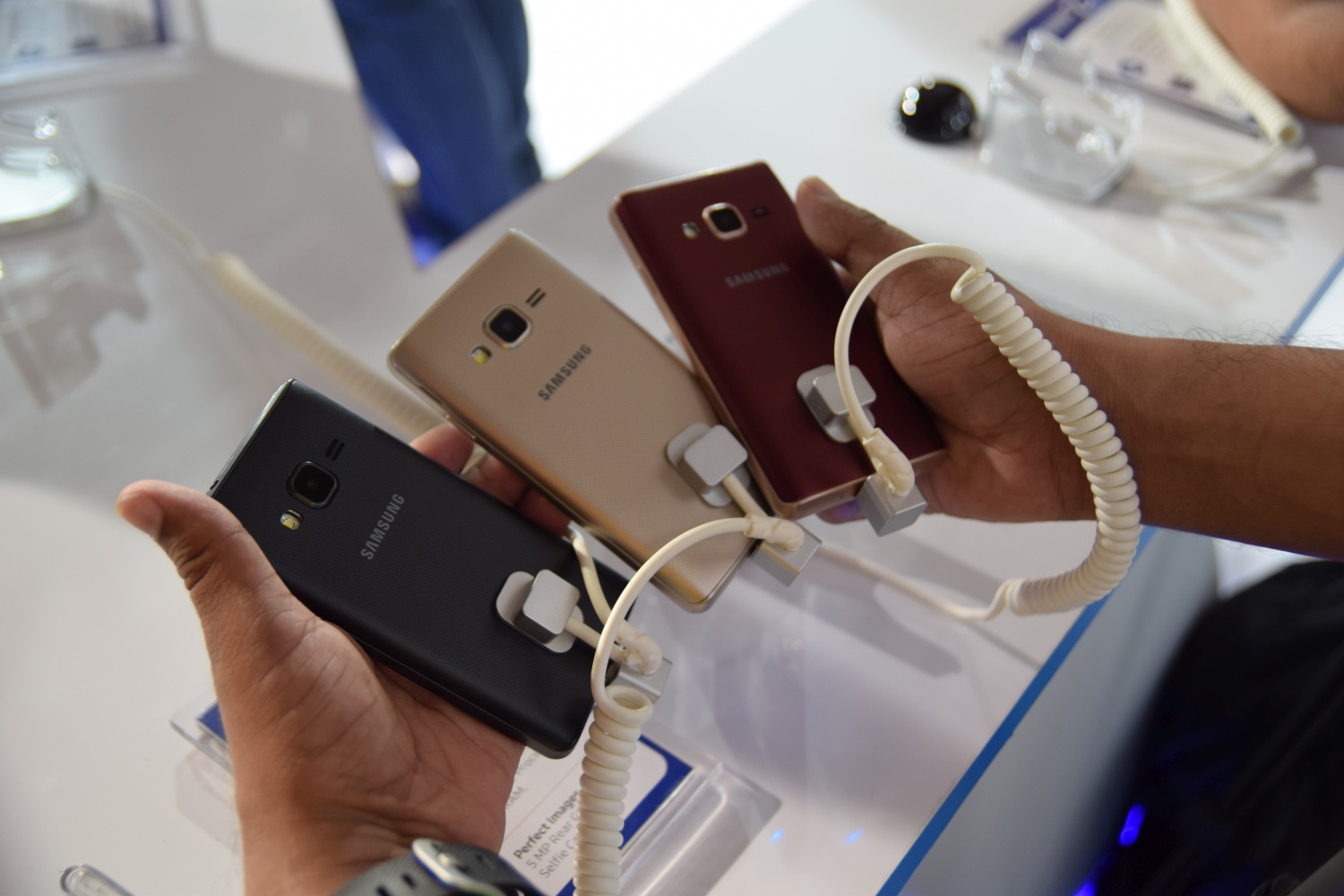 Samsung Z2 is now available via Flipkart and Snapdeal in India