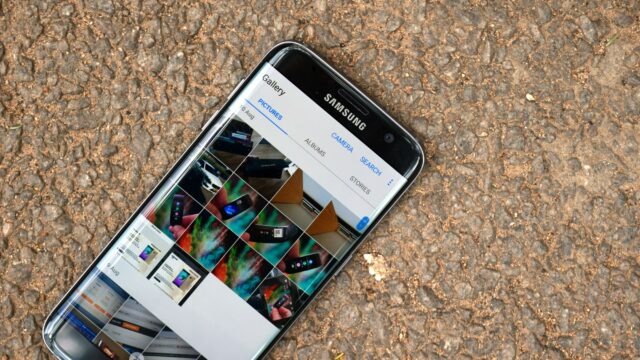 Samsung recently pushed out an update to the Galaxy S7 and Galaxy S7 edge that brought along Samsung Cloud, a new feature that the company debuted with the Galaxy Note 7. We were pleasantly surprised to see Samsung bringing a feature from a new flagship to existing devices before the new flagship has hit retail, and we have now learned that the update also brought along the new Gallery app from the Note 7 to the S7 and S7 edge.

The updated Gallery app has Samsung’s new Grace UX interface, but more notable is its inclusion of face and object recognition. If you have ever tried out Google Photos’ search option, you would have seen that Google automatically recognizes faces and different types of objects in photos and groups them into various filters, and the updated Samsung gallery now has a similar feature built-in. For example, searching for ‘dog’ will get you all your photos with dogs in them, and searching for ‘food’ will bring up the photos you took of your food for your Instagram posts. You will also see the gallery group photos of specific people into their own filters.

We could only try out this feature on the Note 7, but we’re guessing it works similarly on the Galaxy S7 and S7 edge. It’s nowhere near as good as Google Photos, but that is probably because Google runs the recognition algorithm on its servers rather than the device itself (and because the internet giant is better overall when it comes to machine intelligence). To use the recognition feature, one needs to select search in the gallery, after which they can type in what they are looking for. Face recognition doesn’t seem to work very well on our Note 7, but searching for dog or car or food gets us all the right results.

The improved Gallery should be making its way to other flagships in the near future, and so should the entire Grace UX. The latter will probably arrive with the Android 7.0 update, although we’re hoping Samsung will port specific Note 7 features through minor updates following up to the release of Nougat.