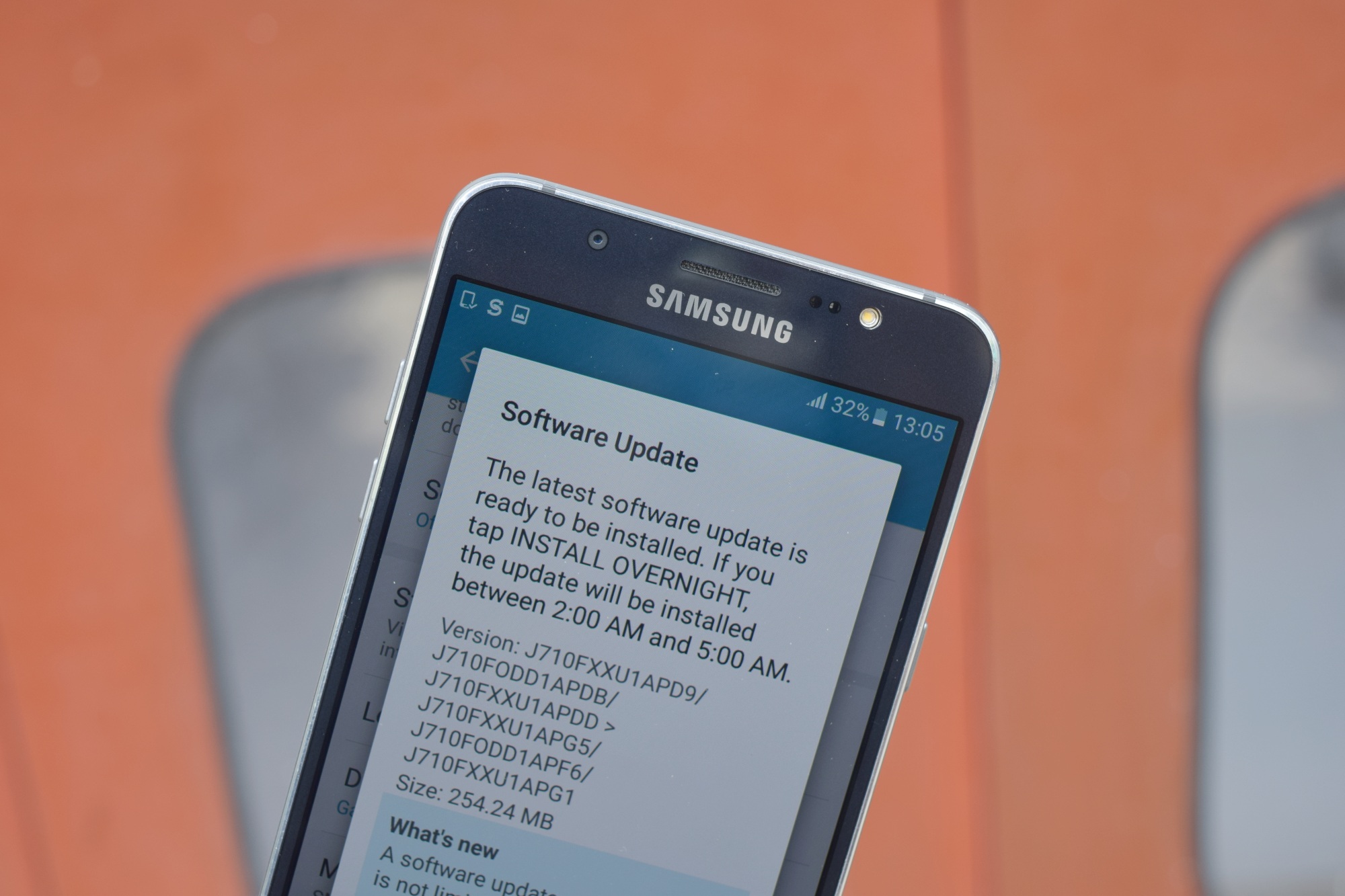 Samsung is pushing out a software update to the Galaxy J7 (2016), the highest-end model in the company’s budget Galaxy J lineup, in India. It’s a sizeable update with an over-the-air download of 254 MB (and build number J710FXXU1APG5), but Samsung doesn’t mention any specific changes or improvements. The update does bring the security patch level up to July 1 (not July 5). Oddly, the Galaxy J5 (2016) is still stuck on the security patch from the month of April, although it should also also be getting an update in the near future that brings it on par with its larger sibling.

Your J7 (2016) should have notified you of the update’s availability by now if your phone has been on a Wi-Fi connection. If it hasn’t, simply go into the Settings » About device menu and hit the Download updates manually button to start downloading the update. You can also use your PC to install the update by downloading the firmware from our database. Do let us know if you notice anything new after installing the update in the comments section below.