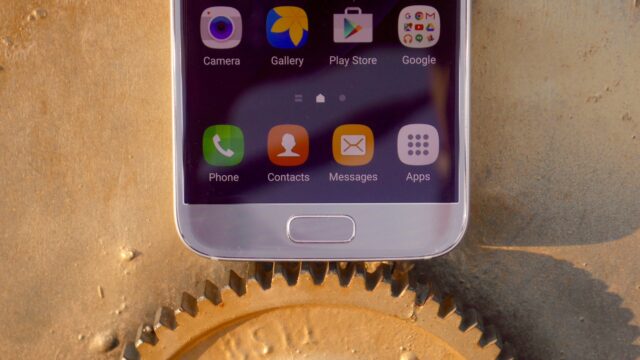 AMOLED panels have been a long-held trademark of Samsung over the last few years on its Galaxy smartphone lineup, but with AMOLED panels decreasing in production cost, the field is ripe for other manufacturers to invest in AMOLED panels – which is giving the Korean giant a huge financial boost. Samsung has been leading the way in marketshare in the AMOLED market for some time, but the rise in Chinese manufacturers adopting active matrix organic light-emitting diode (or AMOLED, for short) panels is putting Samsung even further ahead of its competition.

According to market research firm UBI Research, Samsung Display shipments accounted for 95% of all total OLED panel shipments in Q1 2016, with OLED shipments totaling in at around 91.3 million units. Samsung Display OLED shipments were at 86.7 million in Q1, and this is best explained by the rise in OLED panel adoption in smartphones. Chinese smartphone makers have adopted OLED displays in an alarming number, with the number of OLED smartphones having more than tripled from just 5 in 2015 to 17 in 2016 — and the year is just getting started.

Samsung’s closest rival in OLED marketshare is LG, who is beefing up its OLED smartphone panel production in order to gain some ground on its fellow Korean rival this year. With OLED demand for smartphones increasing, and with Samsung supplying nearly all OLED panels on smartphones worldwide, the financial roses are in bloom for Samsung. The Korean giant is looking to ramp up its OLED production even further to meet this growing demand, by increasing its A3 plant production from 15,000 units per month to 105,000 units per month by year’s end.

Samsung dominates the OLED market, with manufacturers such as Lenovo and Huawei with its Nexus 6P flagship relying on the company’s trademark displays. With Samsung lowering the prices of AMOLED panels this year, Huawei and other Chinese manufacturers turning to Samsung’s curved displays for upcoming smartphones, and Apple having ordered 100 million AMOLED panels while planning to implement OLED displays into the iPhone 8 and iPhone 8 Plus in 2017, the good news bears testimony to Samsung’s decision to stand out from the crowd of manufacturers. It turns out that many other manufacturers want to stand out, too.