The patent details that this smartphone of the future will fold in half and reveal a port connector which will be used for charging when the device is folded. It also mentions that this smartphone design will feature either a fingerprint sensor or an iris scanner, Samsung is expected to introduce iris scanners to its smartphones with the Galaxy Note 6. Samsung filed for this patent in November last year though it merits mentioning here that it is the U.S. version of a similar Korean patent that the company filed for in 2014. 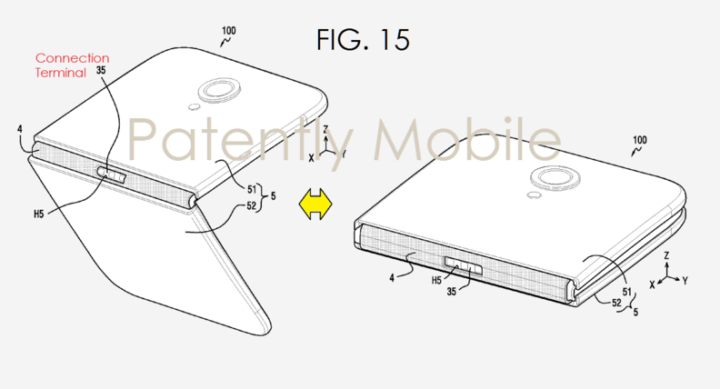