After releasing a couple of teasers yesterday, Samsung has officially unveiled the Galaxy S7 edge Injustice Edition today. It’s a limited edition variant of the Galaxy S7 edge, and the South Korean smartphone giant has released an official unboxing video of the device.

The Galaxy S7 edge Injustice Edition is inspired by DC superhero Batman and comes in an exclusive black and gold color combination. The device commemorates the third anniversary of Injustice: Gods Among Us, and is being made in partnership with Warner Bros. The golden-colored Bat-Signal can be found on the box as well as on the back of the device. The special package also contains a gold-plated Batarang, a special edition case modeled after Batman’s armor, and a Gear VR (with content voucher).

“We are excited to partner with Warner Bros. Interactive Entertainment and offer a special edition of Galaxy S7 edge for fans of Injustice: Gods Among Us,” said Younghee Lee, Executive Vice President of Global Marketing, IT & Mobile Division at Samsung Electronics. “Samsung always seeks to provide the best mobile gaming experience for its users, and this partnership reinforces our commitment to the game’s fans.”

The smartphone comes preloaded with the Injustice: Gods Among Us game (with in-game credits) as well as a special edition theme. It will be available in early June in China, Korea, Latin America, Russia, and Singapore. Pricing of the device is not known as of now, but we will keep you posted. We think that the Galaxy S7 edge Injustice Edition looks awesome. Are you excited about it? 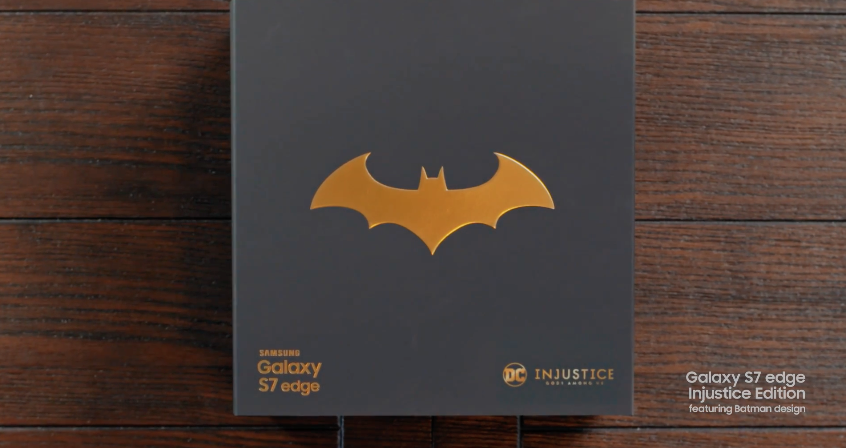