In a unique partnership, Samsung has teamed up with SK Telecom and Asiana Airlines to churn out a special edition of the Galaxy S7 in its home country. The company has unveiled the Galaxy S7 Asiana in South Korea. The new variant is exactly similar to the Galaxy S7 but comes with a special Asiana-themed UI, boot and shutdown animations, and a pre-loaded app that lets users search for Asiana flights and book tickets.

The Galaxy S7 Asiana is a Knox-customized variant of the Galaxy S7, and the company has tweaked it for better usage during flight. The company said that it will continue to offer Knox-enabled Galaxy devices to airlines, education, and distribution clients. “We will continue to offer [the S7 to] both regular consumers and, through our Knox solution, our enterprise clients as well,” said a Samsung spokesman. This device was launched as a part of Samsung’s B2B push.

The company has also mentioned that Asiana customers can use 50,000 Asiana miles to discount the phone’s price even further from flyasiana.com. Those who buy the Galaxy S7 Asiana from the airline’s website would be eligible to receive a wireless charger and a 32GB microSD card for free. Samsung had launched an Iron Man-themed Galaxy S6 edge, Avengers-themed accessories for the Galaxy S6, and an Ant Man-themed Galaxy S6 edge+ last year. 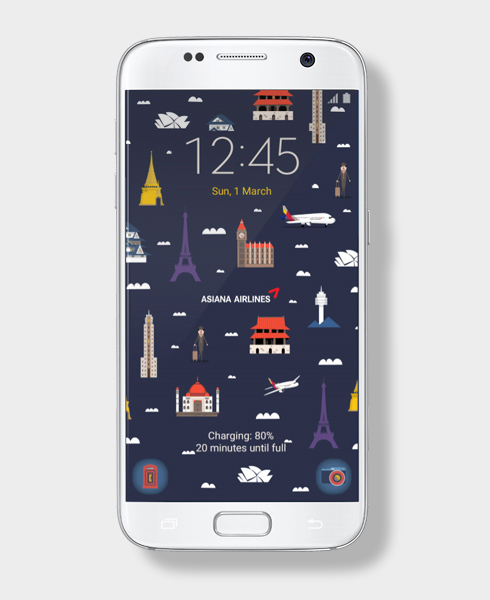 The Galaxy S21 series was the first to receive the October 2021 security patch earlier this week, and now, Sam …

A new Samsung smartphone has been made official in South Korea. The Galaxy Wide 5 is a mid-range device with 5 …

Samsung and SK Telecom have finally made the Galaxy Quantum 2 official. The smartphone features a high-end pro …

Samsung collaborates with Intel, HP, and SK Telecom in commercializing …

SK Telecom announced earlier today that it has joined hands with Intel, HP, and Samsung to commercialize 5G v …

The Galaxy A Quantum was launched in South Korea three months ago as an SK Telecom exclusive device. It is a …