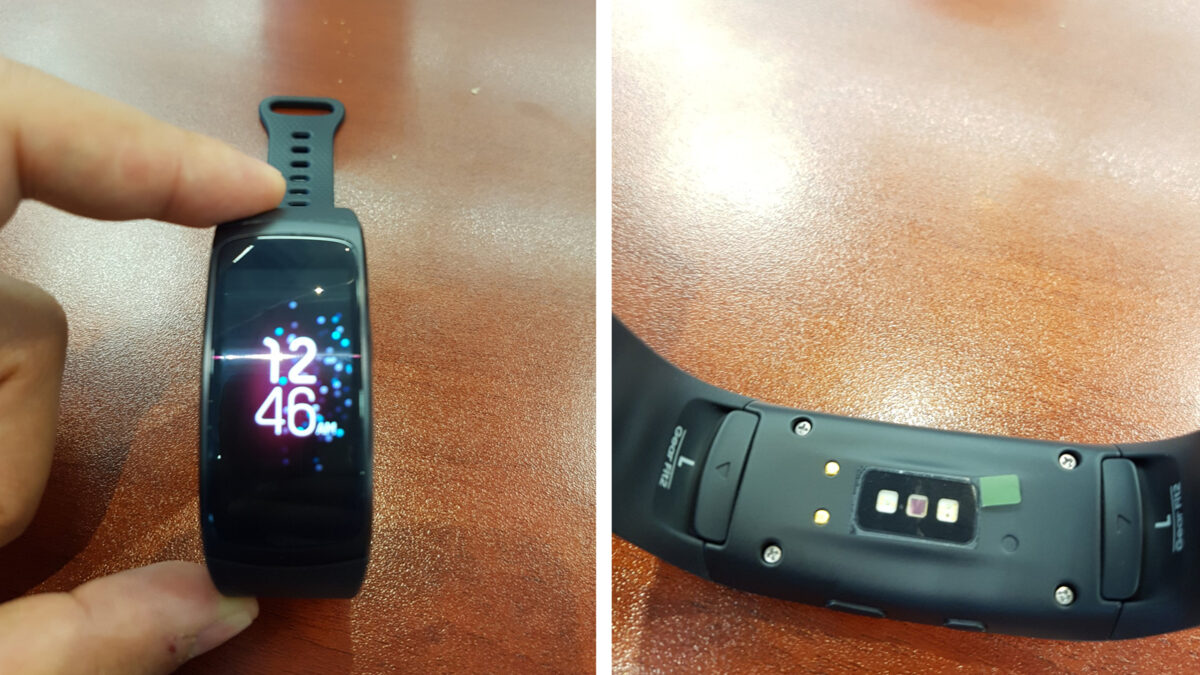 The Gear Fit was truly ahead of its time when it was unveiled back in 2014. After two years of waiting, it seems like Samsung has finally built a viable successor in the form of the Gear Fit 2. New images are emerging from a source who seemingly has access to the device, along with something known as the Gear IconX, which is apparently the company’s new Bluetooth earbuds.

The Gear Fit 2 is expected to be significantly improved compared to its predecessor and will supposedly pack a more ergonomic design, which could mean that the display will be more curved to fit the shape of your wrists.

As for the Gear IconX, we’ve heard this name before in a Samsung trademark filing and it’s finally taking form. These are Bluetooth earbuds with no wires whatsoever, not even connecting each other. This is a double-edged sword really, as you’re pretty much in the dark if one of the earbuds is lost.

But that apart, the design and the fit appear to be pretty impressive. It is said that the earbuds will have touch-sensitive controls similar to the Gear Circle. To make this a more exciting proposition for the customers, it is being said that the Gear IconX will have 4GB of internal storage to let you save music locally.

Understandably, the source couldn’t gather launch or pricing related details, but we’ll keep our ears to the ground for more information on either accessory.

What do you make of this? Sound off in the comments below.

Samsung is working on a newer version of the Gear IconX earbuds, in addition to successors to the Gear Sport and the Gear Fit 2. Our sources tell us that the 2019 IconX earbuds come with model number SM-R170 and will be available in black, white, and yellow. Interestingly, the earbuds will also have 8GB […]

Samsung has kicked off an unmissable deal on the first-generation Gear IconX, which feature 4GB of internal storage for independent music playback. As part of a clearance sale to make way for the recently-announced Gear IconX (2018), the firm has slashed $150 off the retail price of the wireless earbuds, so you can pick up […]