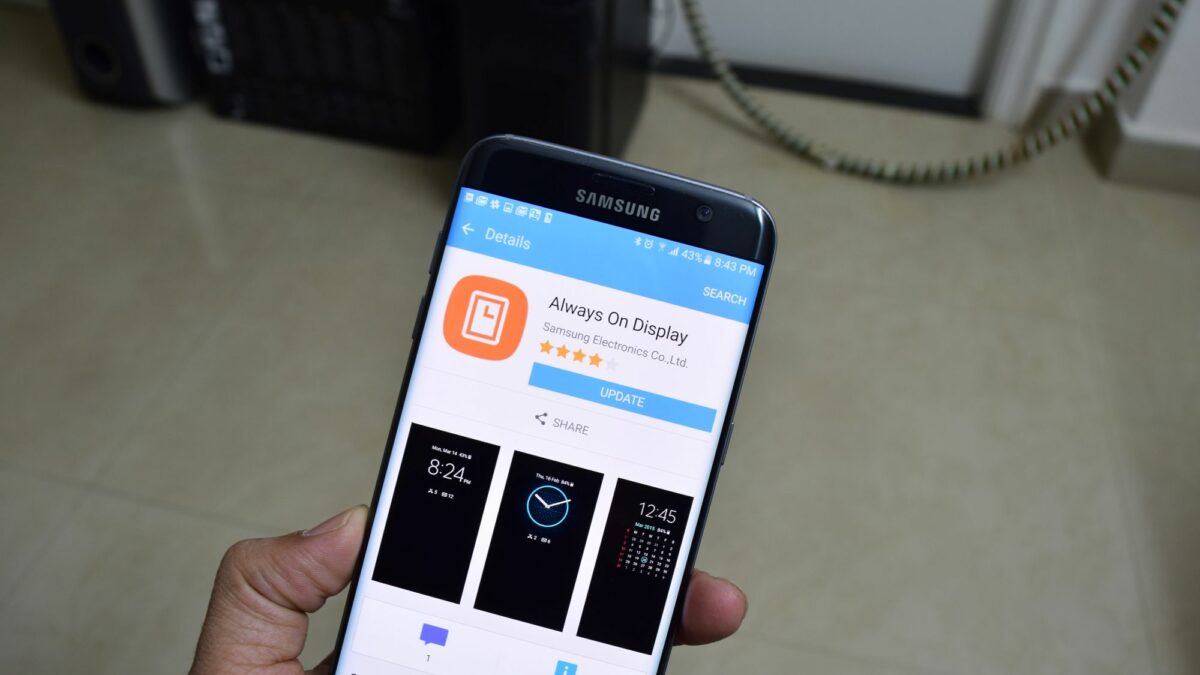 Nope, there’s no new functionality to be had with the update that is rolling out for the Always On Display mode feature on the Galaxy S7 and Galaxy S7 edge today. No support for third-party app notifications nor any support for having the feature enabled only when the device is charging; the update only brings improvements to how screen burn-in is prevented.

We’re not sure how it has been improved, however, as the content doesn’t jump around the screen anymore. That seems like a surefire recipe for inducing more burn-in on the display, and we will have to wait and see what exactly Samsung has done here. It’s also disappointing that the company hasn’t brought any new functionality to a feature that it took considerable time to implement on its devices when compared to the competition. But then again, Samsung certainly has started listening to its consumers, and we can hope Always On Display will one day be a more useful feature. 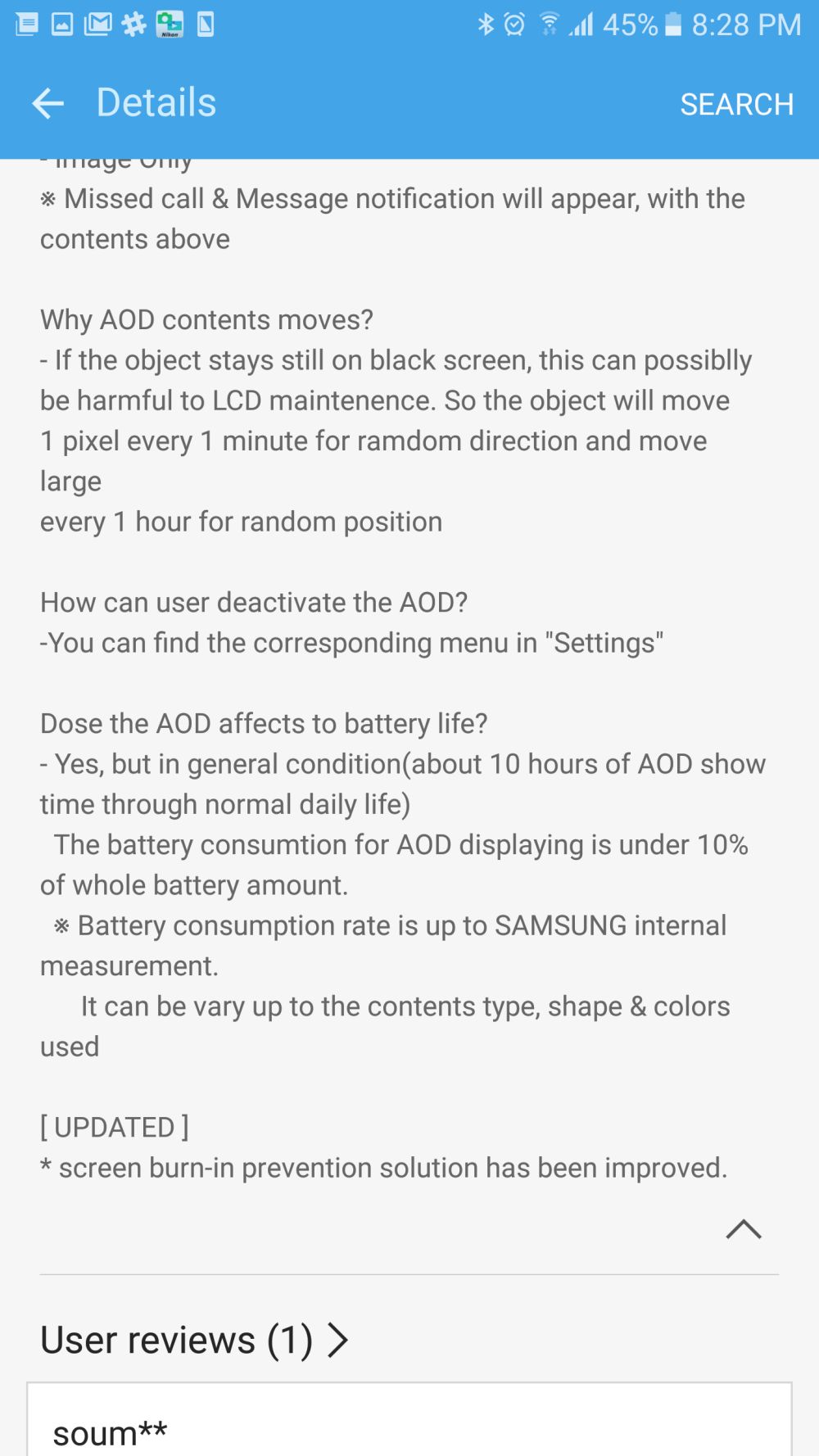