Galaxy S7, Galaxy S7 edge tip: You can share your phone’s Wi-Fi connection with other devices 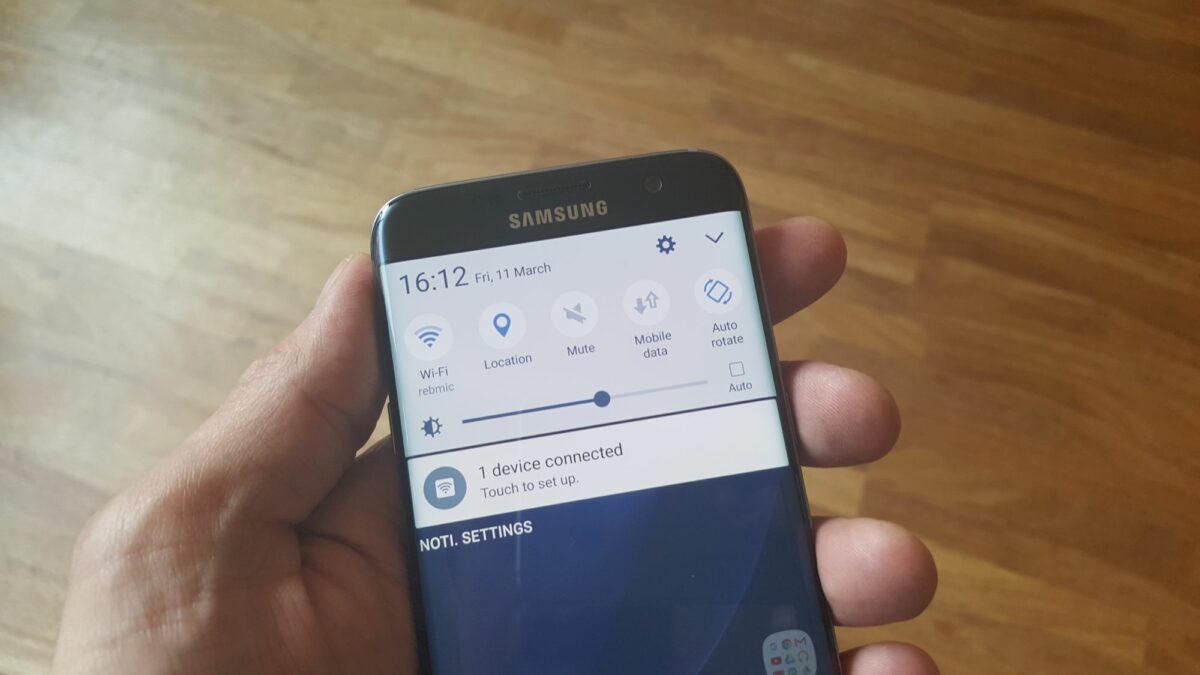 Android’s tethering options have been pretty stellar for a long time now, and Samsung has made a nice little addition to the menu by enabling the Galaxy S7 and Galaxy S7 edge to act as a Wi-Fi repeater/extender. Normally, the mobile hotspot feature (Wi-Fi tethering) only lets you share your mobile data connection with another device, with the other device connecting to your device through Wi-Fi. On the S7 and S7 edge, however, you can also choose to share your Wi-Fi connection through Wi-Fi with other devices.

It’s a nice feature to have during the times you have your phone connected to a Wi-Fi network but can’t connect another mobile device or a PC at hand to the same network, either because you don’t know/have forgotten the password or… well, that’s the only use case I can think of off the top of my head. In case you need to share your mobile data connection, you can turn off Wi-Fi sharing under the MORE tab in the Mobile hotspot menu in Settings » Mobile hotspot and tethering.

It’s worth pointing out that this feature is exclusive to Samsung’s new flagships; you won’t find them on the Galaxy S6 lineup or the Galaxy Note 5 even if they are running Marshmallow. Just so you know, it’s not available on the Galaxy A 2016 lineup either, but it’s possible Samsung will bring it over through future updates.

Any other new features that you have discovered on your brand new Galaxy S7 or Galaxy S7 edge? Let us know, and check out more Galaxy S7 and Galaxy S7 tips to make the best of your new phone.