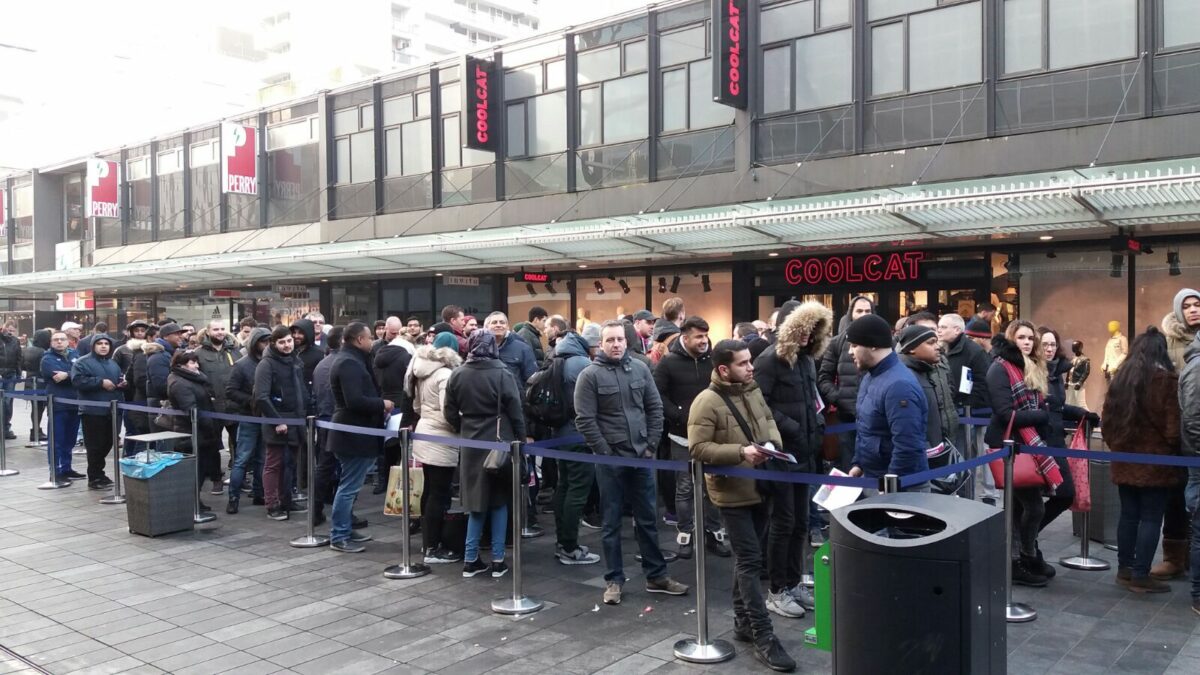 With the Galaxy S7 and Galaxy S7 edge hitting stores all over Europe and the rest of the world, it is becoming increasingly clear how popular these devices have become in the short while since their official unveiling.

Samsung Netherlands confirmed that European Galaxy S7 pre-order numbers have been over 2.5 times higher than those for previous Galaxy flagship devices. Also, previous rumors about the Galaxy S7 edge outselling its smaller sibling are confirmed. To be precise, 61 percent of pre-orders were placed for the 5.5-inch dual-edged version of the phone. Apparently, the larger display and battery and more innovative edge design are worth the premium price tag, according to European buyers.

Pictures show crowds lining up to get their hands on the Galaxy S7 and S7 edge and some special deals and offers from T-Mobile Netherlands. Don’t forget – if you’re still undecided on whether the new handsets are worth your money, our full review is here to help!