Hands-on with the Samsung Galaxy S7 and Galaxy S7 edge

Last year, Samsung announced the Galaxy S6 and Galaxy S6 edge. Both devices were the start of a new standard for premium, purposeful design. The S6 and S6 edge were finally delivering the (long-awaited) high-end look and feel of a flagship device.

This year, Samsung is trying make things even better with the Galaxy S7 and Galaxy S7 edge! Not just in terms of exterior design, but also in terms of software. Samsung gave SamMobile the opportunity to test their new devices just before the event, and you can read our hands-on experience with them down below.

In terms of design, the main focus for Samsung was to improve the Galaxy S6 device range and make something good even better. Because of this, the Galaxy S7 device range comes with the curved back that is also found on the Note 5. 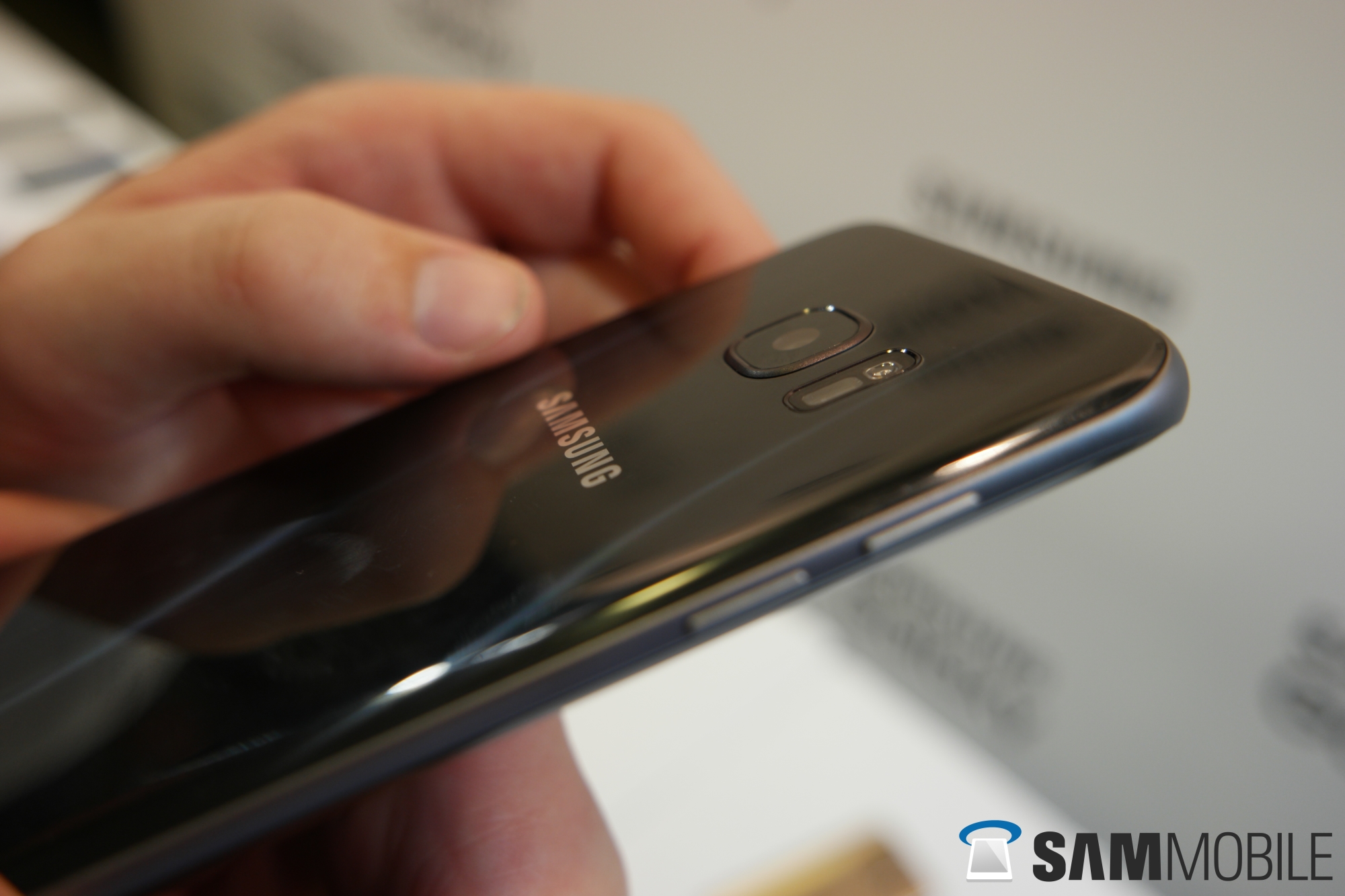 With this move, Samsung has given appropriate attention to one of the main usability issues of Galaxy S6 edge and S6 edge+ – the sharp edges where the Edge screen ends. Combined with the rounded edges and the use of 3D glass (produced using Samsung’s 3D Thermal Forming technique), the Galaxy S7 devices are a pure pleasure to hold in your hands. Without compromising design, Samsung has also increased utility by adding back IP68 water and dust resistance similar to the Galaxy S5 and the Galaxy S Active lineup, but in a sleek and fashionable way. The devices still feature a non-removable battery, and just like on last year’s flagships, the IR blaster is no longer present. 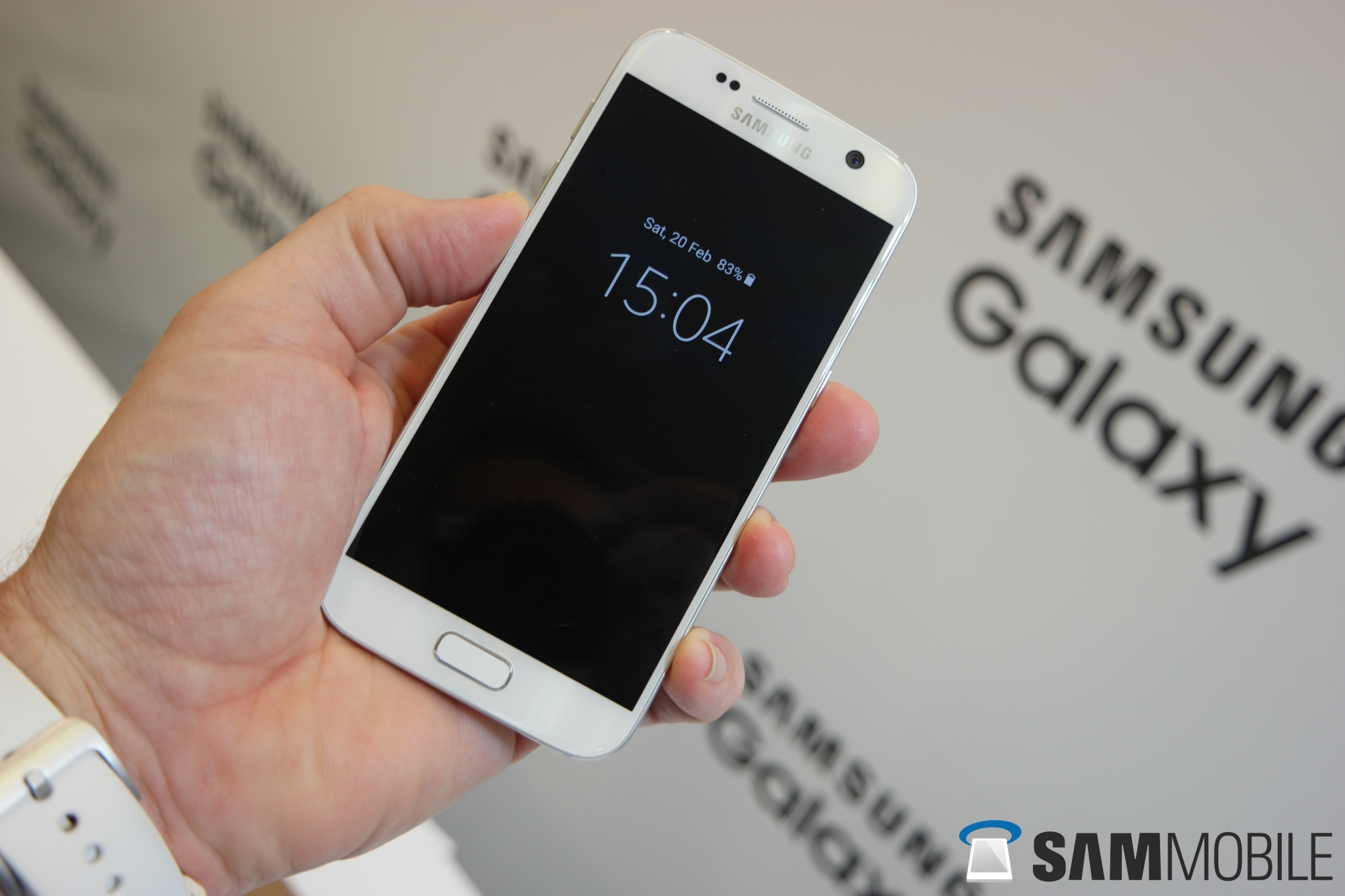 Just like last year, Samsung is using a 5.1-inch Quad HD Super AMOLED in the regular Galaxy S7. The big change however is to be found in the Galaxy S7 edge. This device now features a 5.5-inch Quad HD Super AMOLED screen, while last year’s S6 edge also had a 5.1-inch screen size (and later on, its bigger brother, the S6 edge+, came out with a 5.7-inch screen). Like all of Samsung’s Super AMOLED displays, this one has vivid colors and great viewing angles, and it’s an amazing display overall.

The Galaxy S7 and S7 edge are based on Android 6.0.1 with a security patch of February 2016. Both devices have the same interface as Samsung’s latest beta/official Android Marshmallow update for the Galaxy S6 and S6 edge. The software includes new Edge panels and an overall new interface.

New in Samsung’s interface is the Always On display. When your display is off, you are able to see the clock or calendar combined with notifications. Theme designers will be able to theme the Always On Display as well. Samsung told us they won’t bring the Always On display to current devices which makes the S7 and S7 edge more unique. The Always On display’s content moves around every few seconds, to make sure the screen won’t burn in. Also, if you put your device in a pouch or your pocket, it will detect this and turn the screen off completely after one minute.

Samsung has added its own Game Launcher and Game Tools apps (for example, to record, pause or screenshot your game). They also enable players to have a longer playtime by offering a Downscale option to downscale performance in games, thus keeping your device cool and making the battery last longer. 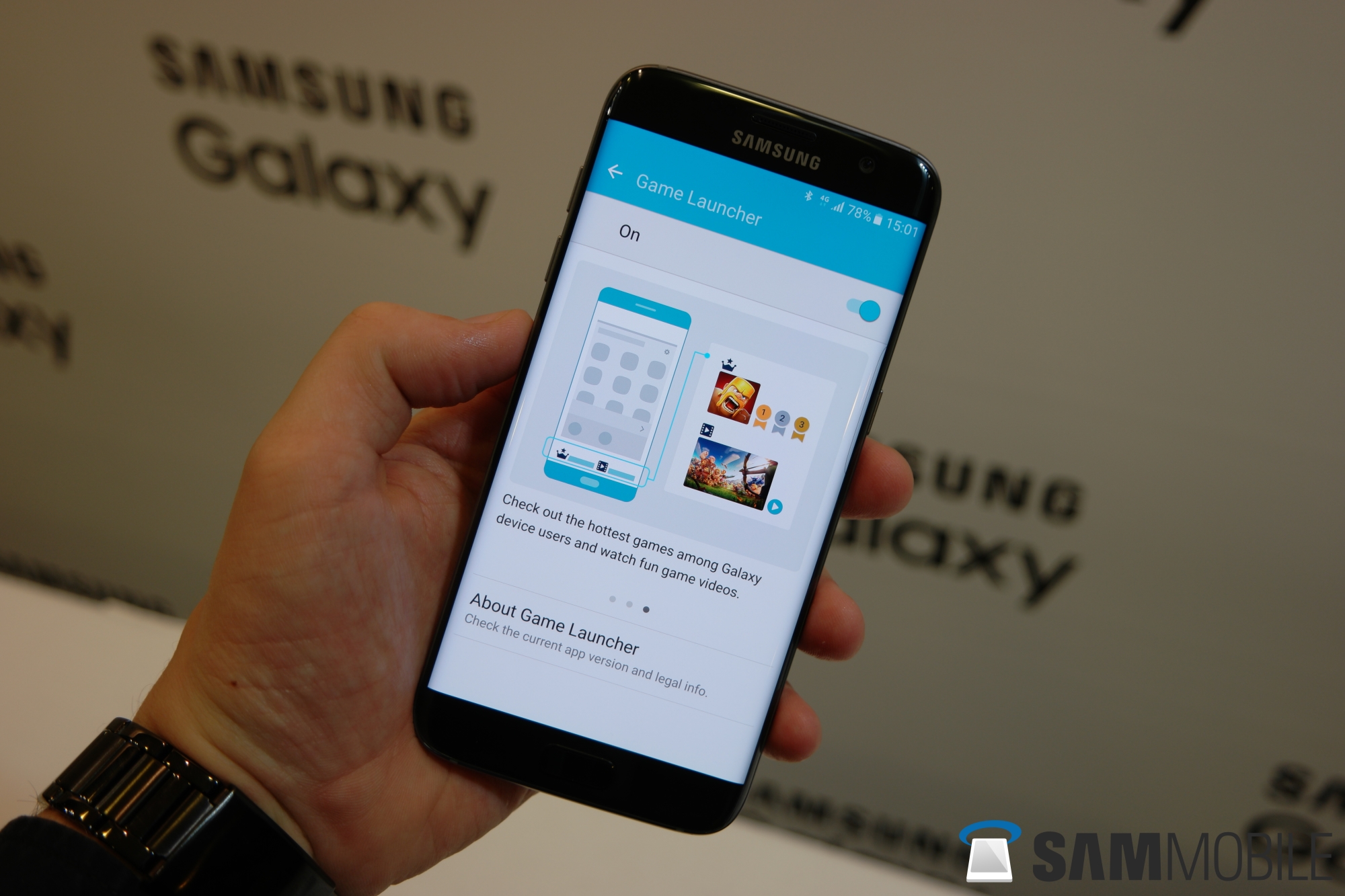 Samsung has improved the audio chip in their 2016 flagship range. The audio chip should be comparable to the one used in LG’s flagship devices. Unfortunately, we were unable to do proper testing of the audio chip at the time of our hands-on meeting. We will update this post at our earliest convenience to add this information later on.

The Galaxy S7 range has an improved camera design, thanks to the camera protrusion being less than half a millimetre (0.46mm to be exact). The device features a 12-megapixel rear camera that features the world’s first Dual Pixel sensor on a smartphone, that will allow for better and faster autofocus, as it uses all the pixels in the camera for focussing on the subject, instead of only using 0.78% of the pixels like on last year’s Galaxy S6 device range.

Each pixel is now 1.4 micron and the sensor aperture is F1.7. The front camera is a 5-megapixel sensor with F1.7 as well.

A new feature in the Camera app is the ability to do instant sharing. If you enable this option, after taking a photo, a preview of the image will come sliding onto your screen, enabling you to share it right away or delete it if you dislike it. It’s somewhat similar to LG’s camera app, which shows a preview of your selfies if you bring the device close to your face after taking a photo. 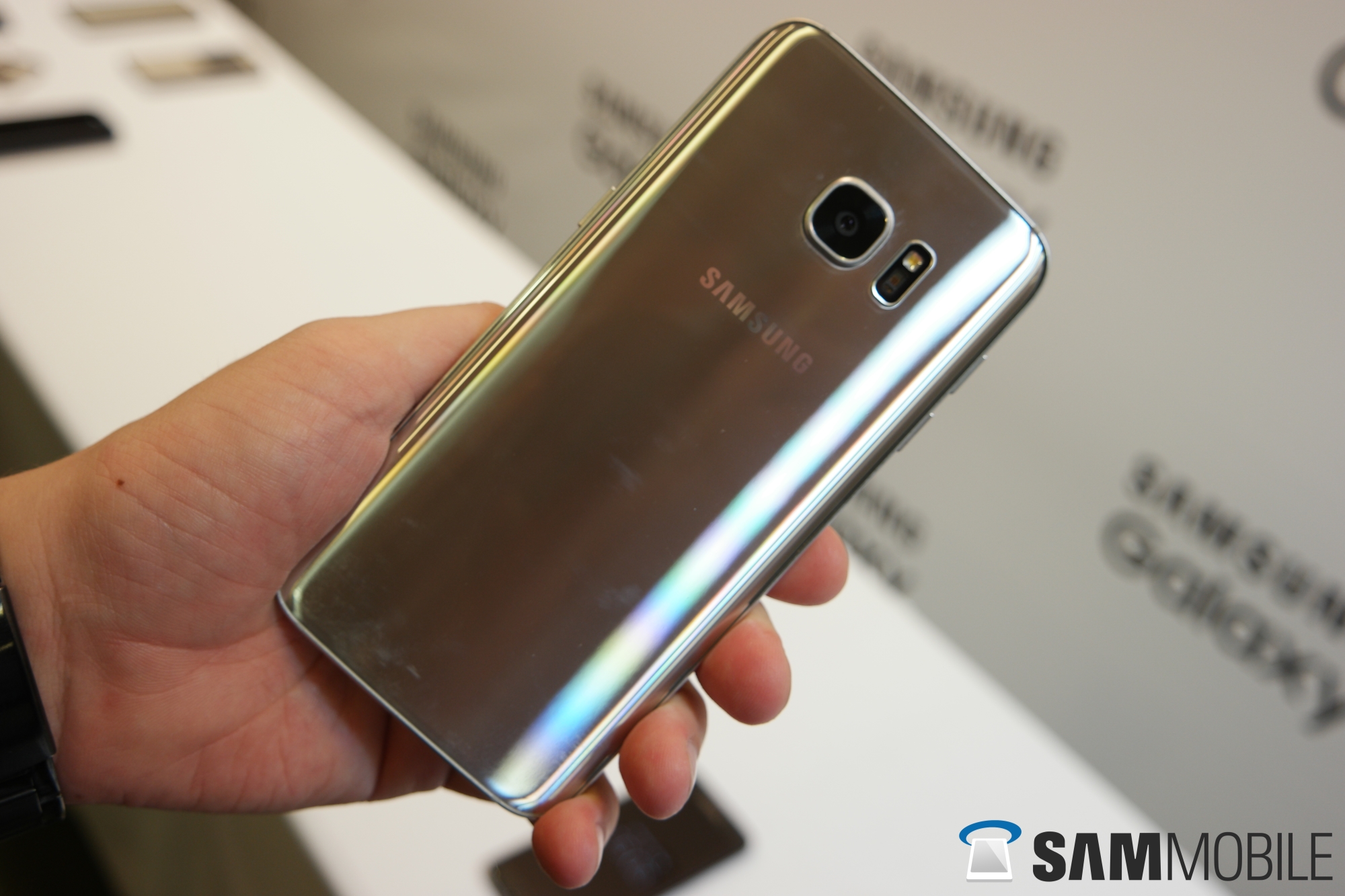 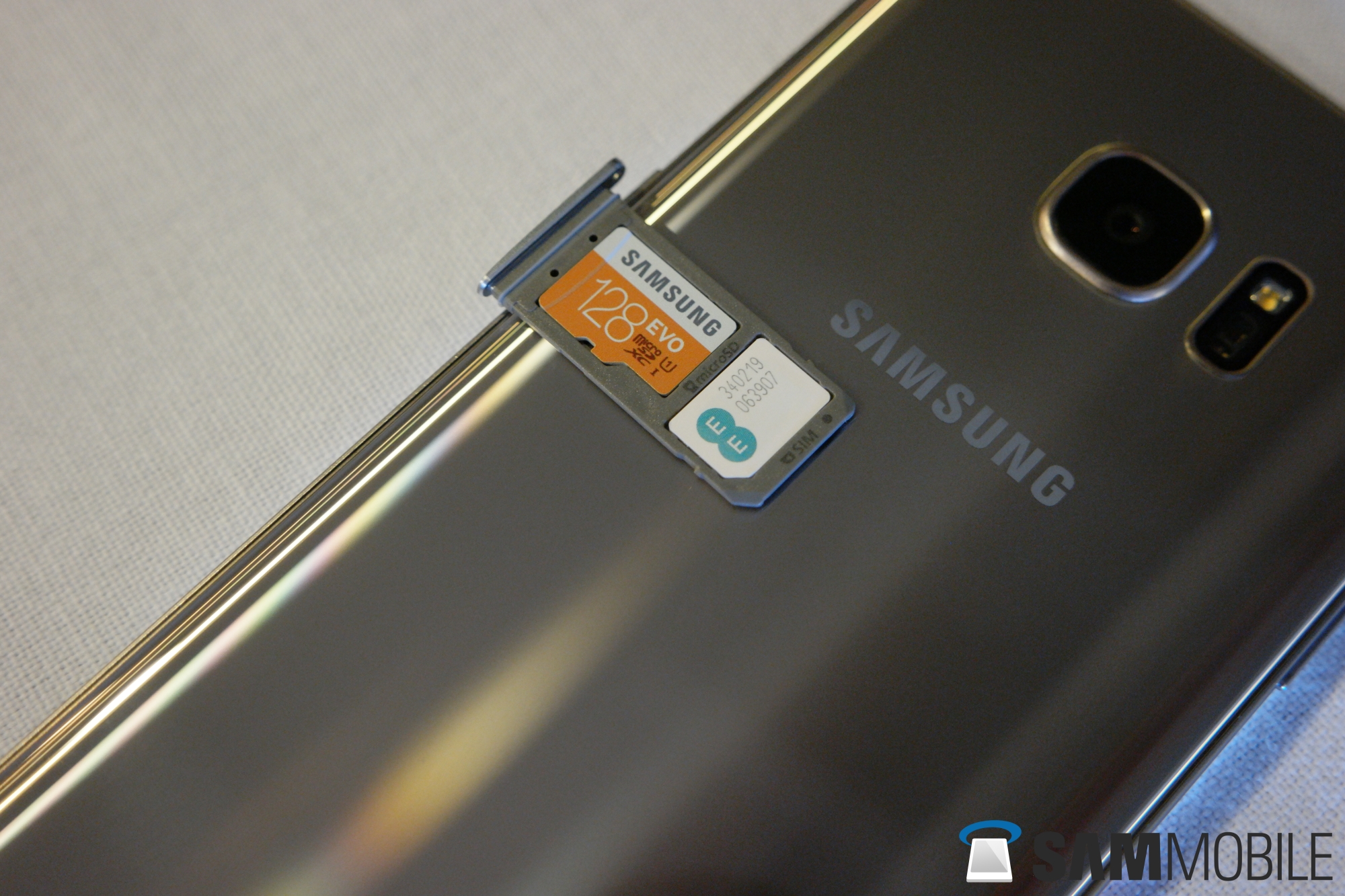 The Galaxy S7 devices are both packed with wireless charging technology out of the box. As expected, the devices come with every other form of connectivity a flagship smartphone should have, including LTE Cat 9 (up to 450 Mbps download speeds). The wired connectivity is still provided by a microUSB 2.0 port, both for fast wired charging and for data transfer.

One major issues with smartphones nowadays is that the battery doesn’t last long enough, sometimes hardly a single day. Fortunately, Samsung has come up with a solution for this in the Galaxy S7 duo. Whereas last year’s Galaxy S6 was sporting a 2,550 mAh battery, the Galaxy S7 will be released with a 3,000 mAh battery. This means you should be able to at least get one day of battery life without breaking a sweat. The Galaxy S7 edge will have an even larger battery; it will be 3,600 mAh, which in turn is even more than last year’s Galaxy S6 edge+. This will obviously make the devices a little bit thicker and heavier, but we personally think this is worth the trade-off.

Samsung has managed to improve a lot of the shortcomings from the Galaxy S6 lineup and has worked towards making the devices close to perfect flagships. The return of the microSD slot, improved ergonomics, the water resistance, and other top-of-the-line hardware should be among the key reasons that drive the Galaxy S7 and Galaxy S7 edge to the success we think they deserve. 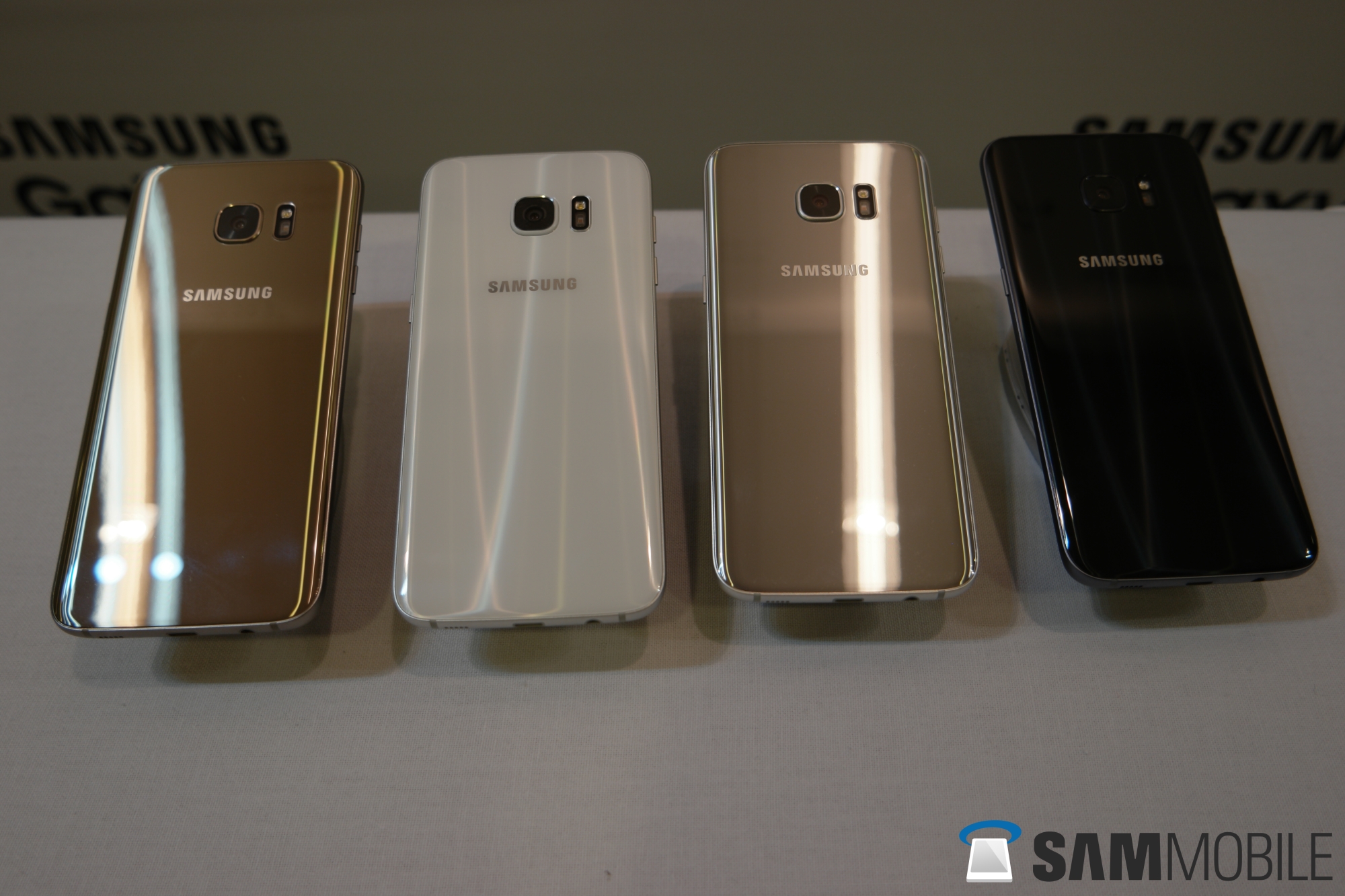 One disadvantage is that the glass on these devices is still a fingerprint magnet given its glossy nature, and the increased screen size on the Galaxy S7 edge might be a let-down for many, especially those who were wishing to upgrade from their Galaxy S6 edge to a similarly sized successor.

The Galaxy S7 and Galaxy S7 edge will be available globally starting mid-March, and we are pretty excited about the two devices. Samsung has truly managed to create wonderful smartphones, and we can’t wait to get our hands on them for a full review. 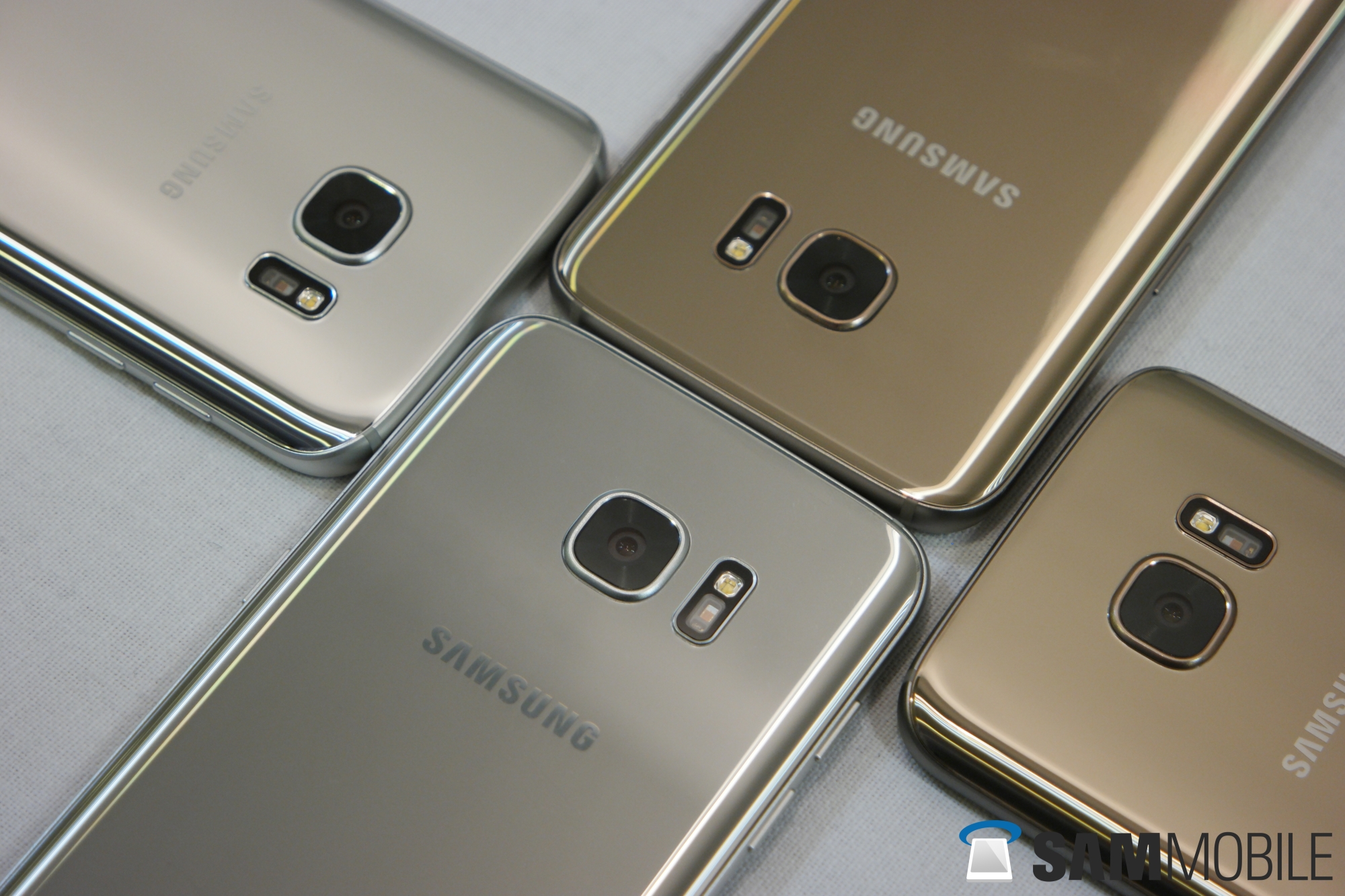 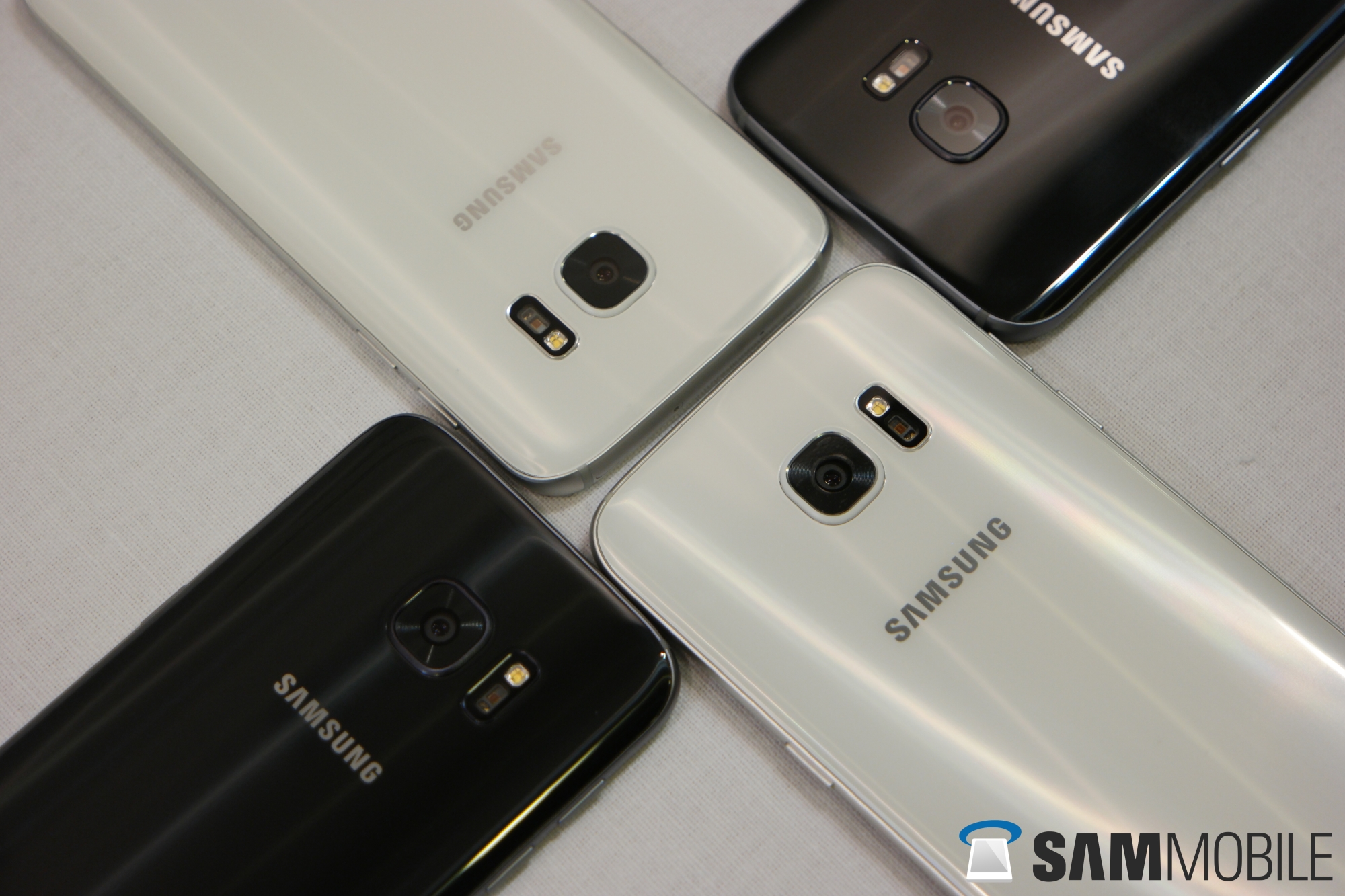 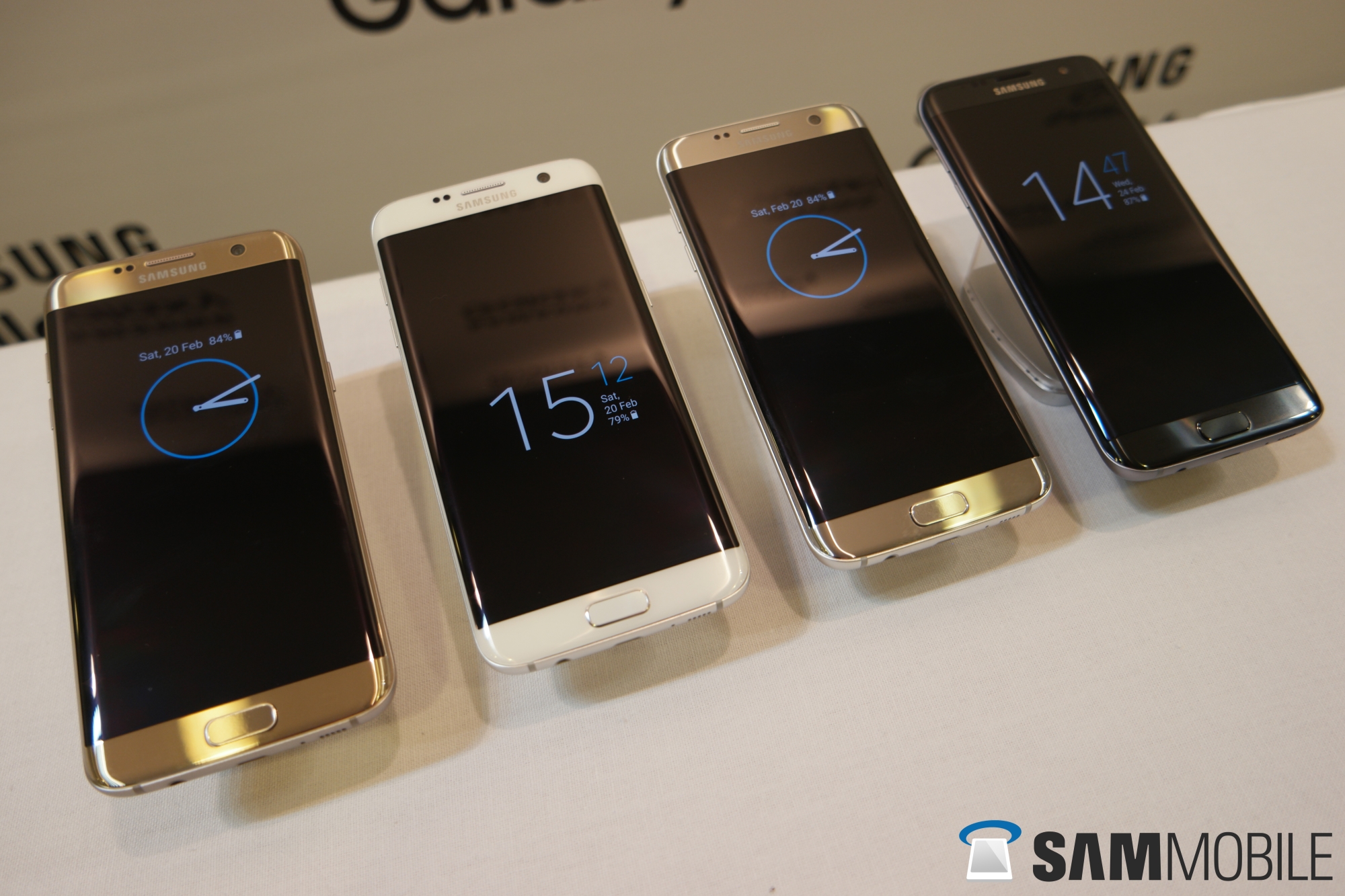