The Galaxy A9 is bound to have mind-boggling battery life

The Galaxy A8 didn’t get the attention it deserved. While a tad overpriced, the Galaxy A8 is an impressive mid-range smartphone. It has nice features like a fingerprint sensor, premium-feeling design, and software that works smooth and quick despite the mid-range chipset. But the best thing about it is the battery life.

The A8 has a Full HD screen resolution, and as a result, that 3,050 mAh battery under the hood doesn’t have to push too many pixels. Plus, with the software optimization that Samsung has done to control battery usage, the Galaxy A8 is the battery champion from the company this year and manages to last all day no matter what you throw at it (and lives through to the next day because of impressively low idle drain). But soon, the Galaxy A9 is likely to take the crown from the Galaxy A8.

Why? Because Samsung, in a surprising move, decided to throw in a 4,000 mAh battery inside the Galaxy A9. But the screen is still a Full HD unit. While real-life endurance remains to be seen, the numbers tell us the Galaxy A9 is capable of offering mind-boggling battery life. Okay, the 6-inch screen will put something of a damper on the endurance, but that’s not exactly much larger than the 5.7-inch display on the A8. 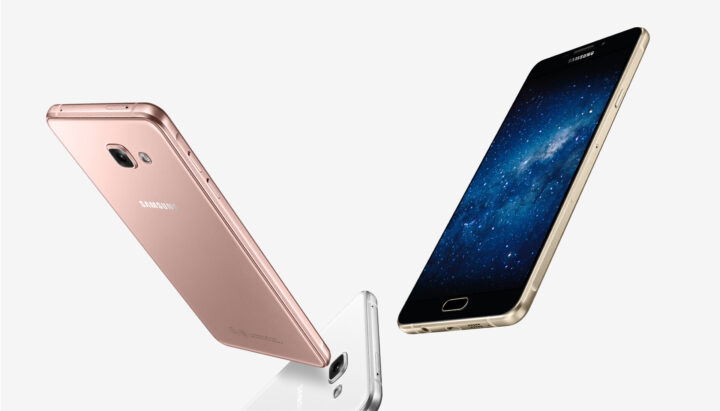 Battery life has been the Achilles heel of smartphones this year, and part of the blame has to be laid at Google’s feet, as Android 5.0 Lollipop seems much less optimized than previous iterations in terms of power usage. Then, Samsung, in all its wisdom and glory, decided to stick small batteries in its flagships (seriously, 2,550 mAh on the Galaxy S6 takes the crown for one of the stupidest decisions the company has ever made.)

But while flagship devices have had the advantage of fast charging, mid-range devices haven’t been so lucky, and Samsung is putting in some big batteries in its non-flagship phones (though the Galaxy A9 has fast charging as well). Even the low-cost Galaxy J and E lineup comes with batteries larger than their hardware requires, and the Galaxy A series have gotten the best treatment.

The 2016 iterations of the Galaxy A5 and Galaxy A7 both have high battery capacities, but Samsung has gone a few steps further with the Galaxy A9. Anyone looking for a smartphone that can stay off the charger for long would do good to keep the Galaxy A9 on their list when they are out to buy a new phone, especially since the A9 comes with some impressive features in addition to the large battery.

Now, if only the phone didn’t have such a huge display.