Very recently we witnessed the launch of perhaps the fiercest competitor to Samsung’s Galaxy S6. The device sports a comparable display size and high-end design. It scans your fingertips and fast charges its much larger battery, while accommodating a microSD card that adds up to 128 GB storage. We’re talking, of course, about the new Galaxy A5 (2016). Comparing it to the Galaxy S6 provides some surprising conclusions. But first things first.

We know the technical specifications of a phone tell only half the story, but this list should give you a quick impression of the major differences and, yes, similarities between the Galaxy S6 and the Galaxy A5 (2016):

Past the dry facts, lets zoom in on the design of the Galaxy A5 (2016) and Galaxy S6, as they look very, very similar. Both phones come with the same metal frame, sandwiched between Gorilla Glass 4 front and back sides. They are exactly the same width, but the A5 (2016) is two whole millimeters taller. The devil, here, is truly in the detail.

Upon close inspection, the A5 (2016) reveals a wider SIM tray with enough place to add a microSD card with up to 128 GB additional storage. And that is not all.

When placed flat on the table, we can see the A5 (2016) actually is a hair thicker than the S6. It seems Samsung has used this extra volume wisely, judging by the fact that the device packs a 2900 mAh battery. The Galaxy S6’s 2550 mAh battery pales in comparison.

That’s it, then, isn’t it? If flexible storage and long battery life are vital to you, there’s no argument which phone is better. Still, there’s much more to point out, as the differences between the Galaxy S6 and A5 (2016) don’t stop here. As much as the Galaxy S6 and the A5 (2016) look alike, a glance under the hood makes clear why the former is Samsung’s flagship device, and the latter marketed as mid-range smartphone. The S6’s Exynos 7420 leaves the 7580 in clouds of proverbial dust, aided by more memory – 3 versus 2 GB – and much faster UFS 2.0 flash storage. There are some areas where the A5 (2016) outshines the Galaxy S6, but sheer performance is clearly not one of those. That said, the latter also needs its horsepower, because of the following.

Although  the 1080p full HD display on the Galaxy A5 (2016) packs enough pixels for most users, the S6’s QHD panel with its 2560 by 1440 pixels does give you a sharper visual experience. This may not be important when checking your email on an average Monday morning, but pop your device in a virtual reality head set like the Gear VR, and the difference becomes abundantly clear. Of course, you can’t pop the A5 (2016) in the Gear VR in the first place, because of said resolution – which is exactly the point here.

Apart from resolution, we have to wait for detailed color measurements of the display in the Galaxy A5 (2016) before drawing further conclusions. But Samsung usually reserves its best display tuning for its flagship phones, so for now we’re assuming the A5’s display won’t touch the superb calibration of the S6, just like the display in 2015’s A5 came nowhere close to that of, say, the Galaxy Note 4.

Still, if you don’t care about virtual reality, the fact remains that the 1080p display on the Galaxy A5 (2016) is more than sufficient for any task you care to throw at, or show on, it. And of course its display is slightly (0.1 inch) larger, in case you cherish every square millimeter of  screen real estate. 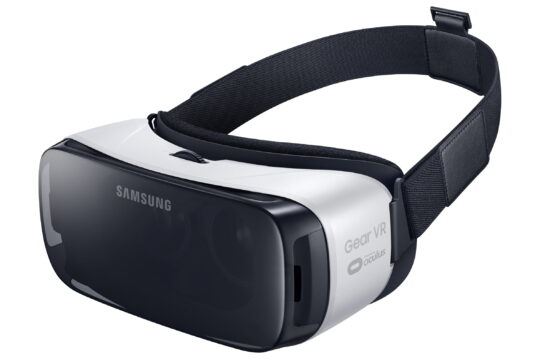 The display isn’t the only department where the Galaxy S6 packs more pixels than the Galaxy A5 (2016). While both devices have a rear camera with f/1.9 aperture and optical image stabilization (OIS), the S6 makes better use of these features with its higher resolution sensor (16 versus 13 megapixels).

Add to that its 4K UHD video capability (the new A5 is limited to the usual 1080p full HD resolution here), Pro camera mode with more manual options and automatic and real-time HDR settings, and there’s no contest which device you need if you’re looking for a top notch camera.

Still, if you’re mainly taking selfies with your phone, you’ll be fine with either phone’s five megapixel, f/1.9 front shooter.

The most obvious difference between the batteries of the Galaxy A5 (2016) and the Galaxy S6 was already mentioned: the 2900 mAh battery of the former should have been the one found in the latter. But it’s not, so expect the A5 to out perform the S6’s moderate battery life by quite a margin. After all, aside from the higher capacity, its modest hardware is quite a bit less demanding. This fits Samsung’s current trend, where recent low-end and mid-range phones (J5, A8) have been outperforming the S6 in terms of endurance by a mile.

You can recharge the Galaxy S6 using a wireless charger, but the Galaxy A5 (2016) is bound to old fashioned cables, likely fast charging its battery in times comparable to the S6.

The Galaxy S6 may be the slightly more versatile device in the charging department, but there’s no doubt the A5 (2016) will get you through your working day(s) with much more ease. 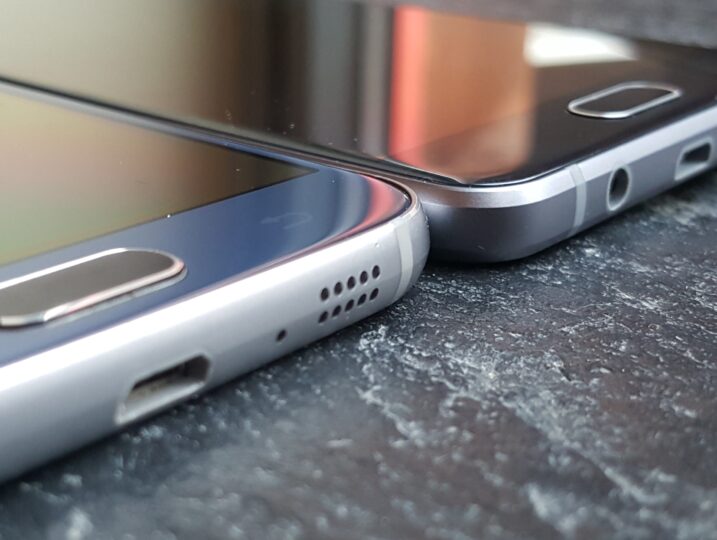 As we pointed out some time ago, the strangest thing about the Galaxy A5 (2016) is that it launches with Android 5.1.1 Lollipop on board. Going on sale in january, Android 6.0 Marshmallow should have been the OS of choice. Obviously, the Galaxy S6 is also still on Lollipop, and both devices come loaded with the same version of TouchWiz, apart from some new icons in a few select markets.

So, are the phones completely equal, then, software-wise? The answer to this question depends fully on Samsung’s famously unpredictable update policy, which is likely to bring Android 6.0 to the Galaxy S6 early 2016. We do not know when the revamped A series will get their dose of Marshmallow, but it chances are it will be months after the various S6 models make the jump.

When it comes to neat extra features, both the Galaxy S6 and A5 (2016) carry goodies. A fingerprint scanner can be found in both phones, just like NFC and Samsung Pay, and both can use category 6 LTE networks.

The Galaxy S6 has its own heart rate monitor on the back, and a notification LED on the front. You won’t find either on the new A5. However, should you want an FM radio or, as we pointed out earlier, a microSD slot the latter comes through where the S6 falls short.

After all the above, there’s no denying the Galaxy S6 holds its own against the Galaxy A5 (2016) with its powerful hardware, VR-ready display and superior camera. That said, the new A5 brings some qualities sorely lacking in Samsung’s high-end line-up. Better battery life and expandable storage are crucial features to many users, who are for now much better off with the Galaxy A5 (2016), begging the question who the real flagship is supposed to be here.

Of course, Samsung could reintroduce the SD card slot to its flagship range in the Galaxy S7, as well as a bigger battery, but make no mistake: by the time that device hits the market, it will probably be almost twice as expensive as the A5. Top-notch cameras and performance are important to some, but in terms of value for money the Galaxy A5 (2016) could turn out to be Samsung’s ‘shadow king’ in the coming year.

More news »
Galaxy Tab S3 and Galaxy A5 (2016) get July security update By Abhijeet M.|12 months ago
April security patch released for the Galaxy A5 (2016) By Josh L.|1 year ago
Can I charge my Galaxy S6 wirelessly? Absolutely! By Adnan F.|1 year ago
10 years of Samsung Galaxy S flagships: Looking back at the Galaxy S6! By Abhijeet M.|1 year ago
SamMobile Shop
Opinions More »
Features I want to see in the camera app on Galaxy smartphones
2 days ago