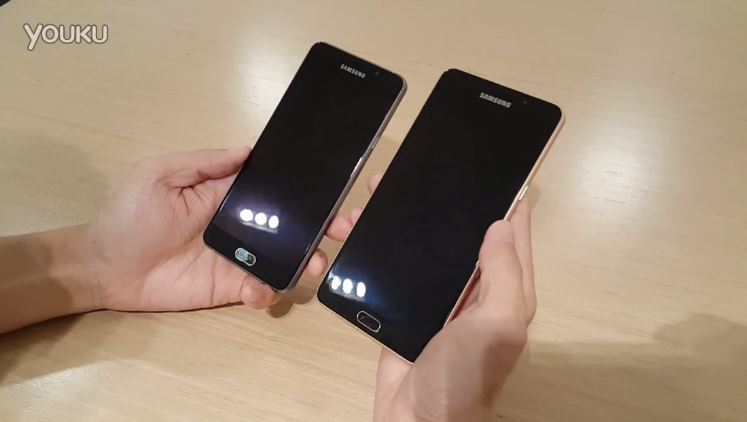 We just saw Samsung detail the upcoming Galaxy A9 on its official Chinese blog, and the device has now been revealed in its entirely thanks to a video that compares the Galaxy A9 and the new Galaxy A7 2016 side by side. The Galaxy A9 is rather huge thanks to the 6-inch display, and it features the same metal and glass construction as Samsung’s flagships and the Galaxy A 2016 lineup.

The Galaxy A9 in the video is a working unit, though it seems the phone’s user interface is a tad different from Samsung’s regular interface. Well, to be precise, the icons on the homescreen are flatter and not similar to what we see on Samsung’s current handsets. It could be because of a third-party theme, or maybe it’s because Samsung has modified the interface for the 6-inch display on the Galaxy A9 (the former is most likely the case.)

Check out the video below to see the Galaxy A9 in action. It features a 6-inch Full HD display, Snapdragon 620 CPU, 3GB of RAM, a 13-megapixel rear camera, an 8 MP front camera, a 4,000 mAh battery, a fingerprint scanner, and Android 5.1.1 Lollipop. Could it be your next Samsung phone? Let us know in the comments!