[Poll results are in!] Would the Gear S2 Classic be better this way?

So once in awhile a gadget grabs your attention and you immediately know it will be a hit, the Gear S2 classic is one of those gadgets. Ever since we came to know about “Project Orbis” Samsung was sticking with a digital crown for the smartwatch. However when we saw the first real life pictures of the Gear S2 Classic the digital crown was nowhere to be found.

Samsung opted for 2 push buttons instead, and when we went to IFA Berlin we got a chance to play with both these watches. When I looked at the Classic version something seemed off to me . The normal version of the watch I can comprehend that it lacks the crown as this watch looks way more futuristic.

Samsung said in their presentation that the Classic version of their watch tried to emulate the traditional watch. In my opinion when you try to emulate something do it the best you can. For me a classic watch needs to have a crown, this crown gives the watch a very stylish and traditional look to it.

We made a mockup of the Gear Classic with crown and two pushbuttons, I think it looks way better this way.

My question to you readers is:

Which watch do prefer, with or without crown? (Pure aesthetic wise)
Total Votes: 2648
Voting is closed

Update: So we closed the poll, and the votes are in. In a total of 1324 votes, 58 percent voted for the crown while 42 percent voted against it. We are a little surprised about the results, as we expected more people would like the watch with the crown. At the end of the day it’s a matter of personal taste, which is something you can’t debate on.

Keep an eye on SamMobile in the coming days for the full review of the Gear S2! 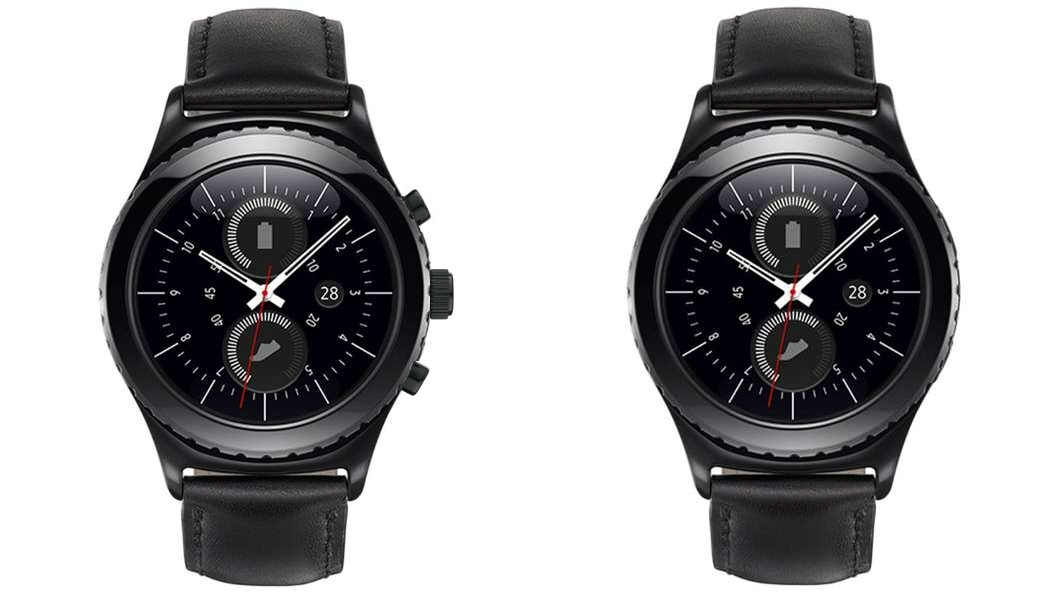