We shared exclusive details on the specifications of the upcoming Galaxy Grand On and Galaxy Mega On, and the latter has now shown up on the AnTuTu benchmark database, which reiterates the specs that were confirmed by our insiders. The device that appeared on the benchmark has the model number SM-G6000, which means it’s the Chinese variant that was being tested.

The specs listed on AnTuTu include an HD display resolution, a Snapdragon 410 processor, 1GB of RAM, 13-megapixel and 5-megapixel rear and front cameras, 8GB of internal storage, and Android 5.1.1. Save for the RAM, which we believe will be 1.5GB on the retail unit, all these specs are the same as the ones we reported yesterday. The leaked benchmark doesn’t tell us anything about the Mega On’s launch time frame, unfortunately, so we are still in the dark about when we will see Samsung’s frankly unnecessary new Mega smartphone in an official capacity. 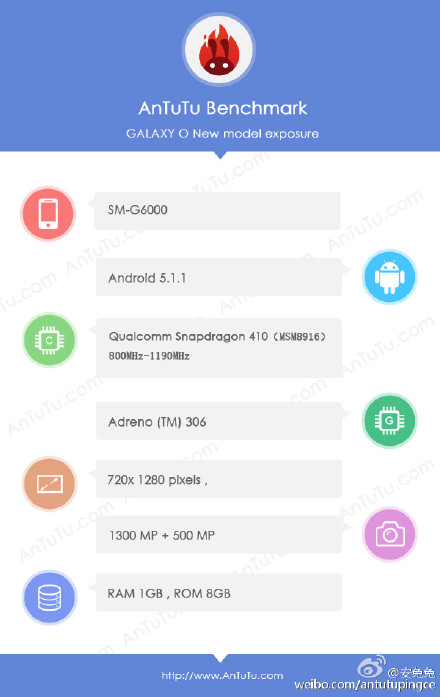 It appears that a new member of the Galaxy Mega series from Samsung, the Galaxy Mega On is closer to an official launch as it has been certified through TENAA, China’s wireless regulatory agency. The device was spotted entering India for testing purposes a few weeks ago after its specifications were revealed by AnTuTu benchmark. As we exclusively […]