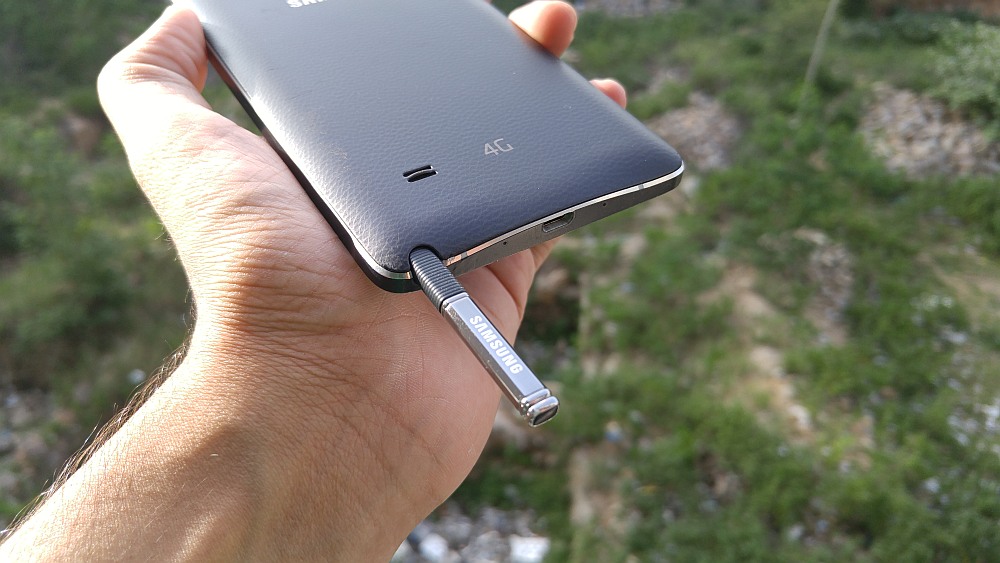 All the mock renders of the Galaxy Note 5 and its cases had everyone thinking the phablet would come with a new way of removing the S Pen, that users would be able to just push it in to make it pop out. But the latest report out of the Korean media is refuting that the S Pen on the Note 5 will have an auto-eject mechanism, and will require users to pull it out manually like they have been doing every existing Galaxy Note device.

We aren’t really surprised about this – DDaily’s report also confirms that the Note 5 will have the same design elements as the Galaxy S6, and putting an auto eject mechanism behind all that glass and metal would be a difficult task for Samsung. The report reiterates that the battery will be sealed in because of the glass back; it also mentions that “both sides were bent”, but it’s unclear if it is talking about the Note 5 or the Galaxy S6 edge, which it compares the phablet to (the report is translated using Google, so we’re not really sure.)

DDaily also says the Gear A will accompany the Galaxy Note 5, something we have already confirmed in the last couple of months. Are you disappointed that the S Pen on the Galaxy Note 5 will have a manual ejection function? (We know people are not going to like the non-removable battery, but that’s a discussion for another day.)