Samsung’s removal of expandable storage on the Galaxy S6 and Galaxy S6 edge didn’t sit well with many consumers, but the company was kind enough to provide a 128GB storage option for anyone who really needs all that space to be built right into their devices. But the 128GB variants have never been easily available since the S6 duo launched in April, and it seems Samsung has now removed the 128GB option for both devices for the Indian market.

For a price sensitive market like India, the 128GB models of the Galaxy S6 and Galaxy S6 edge were rather expensive from the start ($970 and $1,115 respectively), even though Samsung did reduce the price of the two devices in the country by around $70 a few weeks after launch. The high price is no doubt one of the reasons the company has decided to stop selling the highest storage model; it’s possible the omission of the 128GB option is only temporary, though with the Galaxy Note 5 and Galaxy S6 edge+ around the corner we’re not sure if Indian consumers will be able to pick up a 128GB Galaxy S6 or S6 edge through official channels ever again. 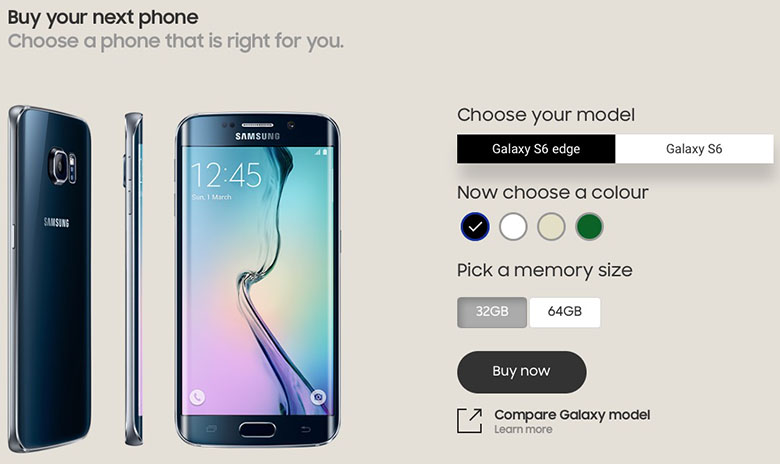