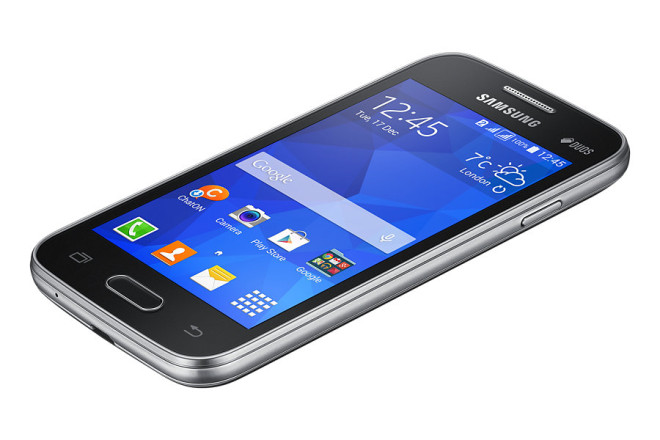 Samsung has announced a new handset in Malaysia today called the Galaxy V Plus, don’t confuse it with the Galaxy S5 Plus because these two handsets are nothing like each other. The Galaxy V Plus is actually a low-end handset that costs under $100 and consequently doesn’t have very impressive specifications, but it’s going to be a good option for customers in the market for an affordable smartphone made by Samsung.

The Galaxy V Plus features a 4-inch TFT display with 800×480 pixel resolution, 1.2GHz dual-core processor with 512MB RAM, 2GB internal storage, microSD card slot, 3-megapixel rear and a 0.3-megapixel front-facing camera. 3G support is also present alongside A-GPS/GLONASS, the handset is powered by Android 4.4 KitKat with TouchWiz UI. Galaxy V Plus weighs in at 123 grams and is housed in a 10.7mm case. The device is already available through various online stores in Malaysia for about $80.