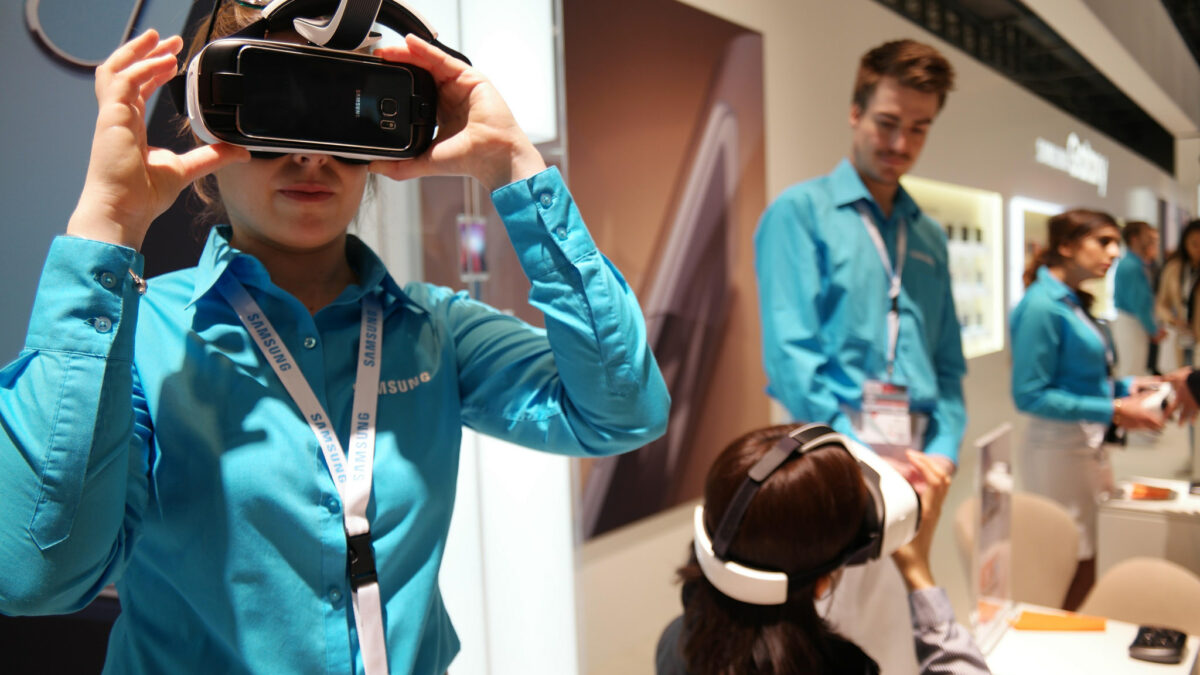 Samsung did confirm back in March that it will release an updated Gear VR Innovator Edition headset which will be compatible with the Galaxy S6 and the Galaxy S6 edge. At that time the company had not revealed when the new headset will be released. Samsung’s new flagships hit the market on April 10 so now it’s about time that the new headset was released, fortunately the ball is now rolling.

Starting tomorrow customers in the United States can place a pre-order for the Gear VR Innovator Edition at Best Buy. It will go on sale at Best Buy and at Samsung’s online store on May 8th, the retailer’s physical stores will have the headset in stock from May 15th. Samsung has not confirmed the pricing yet but the original Gear VR headset sold for $199 so the new one is likely going to be in the same price range as well.

Users can expect a great virtual reality experience given that the headset will utilize the Galaxy S6’s amazing Quad HD Super AMOLED display with 577 pixels per inch. The new headset has been reduced in size, comes with redesigned straps and has improved airflow with a built-in fan. All of these improvements make the Gear VR more comfortable to wear.