Samsung first introduced ‘Themes’ option in its Galaxy A series devices, and it is also present in the recently released high-end smartphones, the Galaxy S6 and the Galaxy S6 edge. These devices come with four pre-installed themes, while more can be downloaded from the online themes store, but there was no further information on how one can create third-party themes. Now, a Reddit user gedankenreich has received information from Samsung stating that the Korean smartphone giant will release a theme authoring tool sometime in April.

According to his Reddit post, the user was unhappy that many publications referred to the presence of themes on the Galaxy S6 and the S6 edge, but no one explained how third-parties will be able to create and distribute themes. So he decided to mail Samsung’s developer support with his questions. A few hours later, he received a reply from concerned authorities stating that the theme authoring tool is currently available only for Chinese variants of the Galaxy Note 4, the Galaxy A5, and the Galaxy A7. The mail also mentioned about Samsung is looking forward to releasing the theme authoring tool for the Galaxy S6 and the S6 edge some time in April.

Sony, Xiaomi, and OnePlus already offer a number of themes, using which consumers can change the look and feel of the software on their devices. Third-party developers have even been able to create themes replicating stock Android UI. Do you fancy a stock Android theme for you Galaxy smartphone? 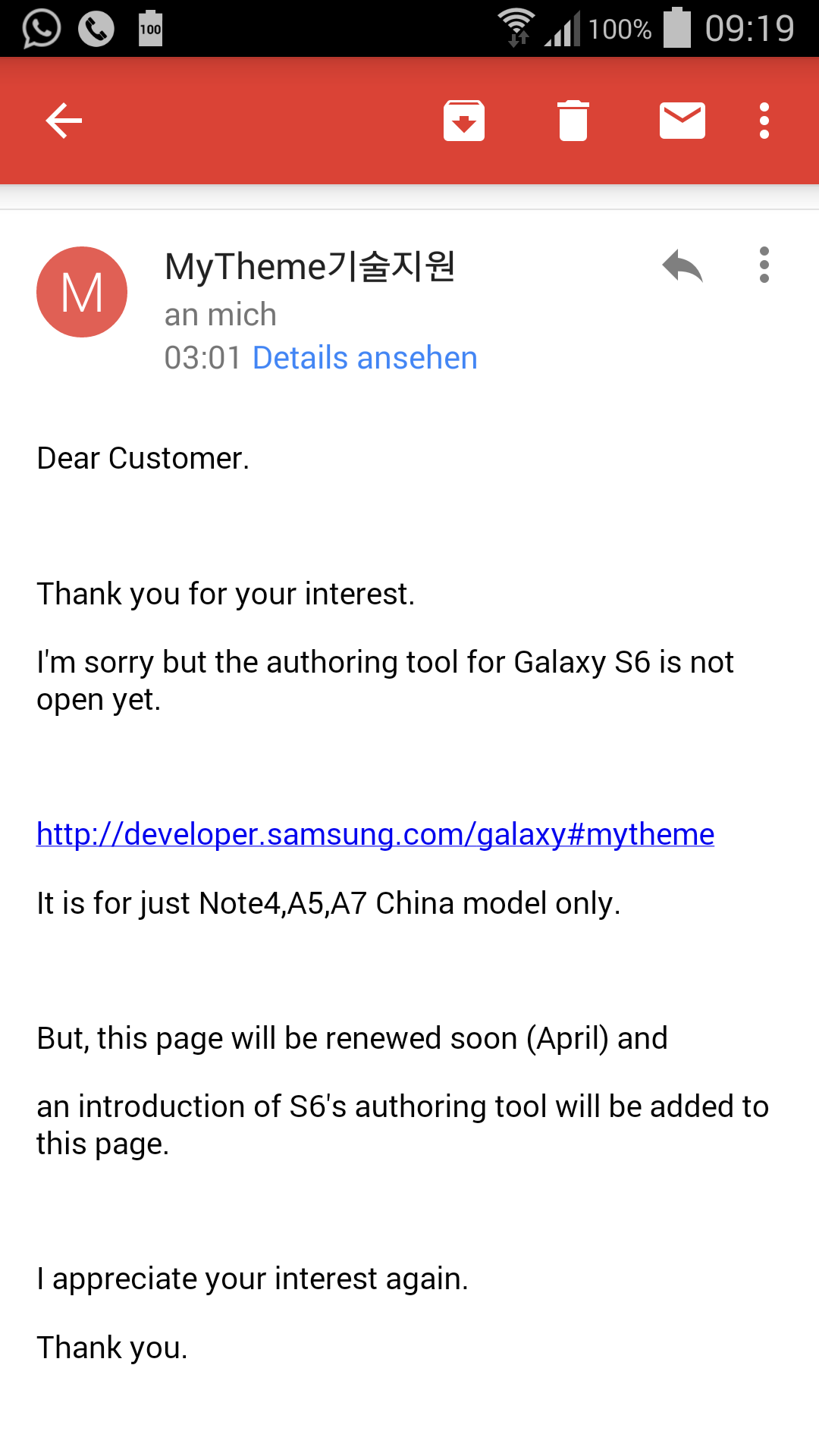