Another day, another leak that claims to show what the Galaxy S6 and its curved counterpart will look like. Well, at this point it’s looking like what we’re seeing in these leaks is actually the real deal, and the latest leak is reiterating a few aspects of the Galaxy S6 and the Galaxy S6 Edge’s design. CNET Korea has released an image that shows both models in their naked form as well as with third-party cases on. The most interesting thing to note here is that the Edge model has a curve on both sides, something that has been rumored often and was also confirmed exclusively by us last month.

A metallic rim on the devices is visible too, as well as a protruding camera module that supports yesterday’s leak suggesting the Galaxy S6 will be a considerably thin device (6.91mm). Next to the camera module are the heart rate sensor and LED flash, a recurring theme in all the pictures that have made their way to the internet. Sadly, the front of the device is hidden away, and it’s likely its true form will be kept under wraps until the day of the Galaxy S6’s official announcement on the first day of March. 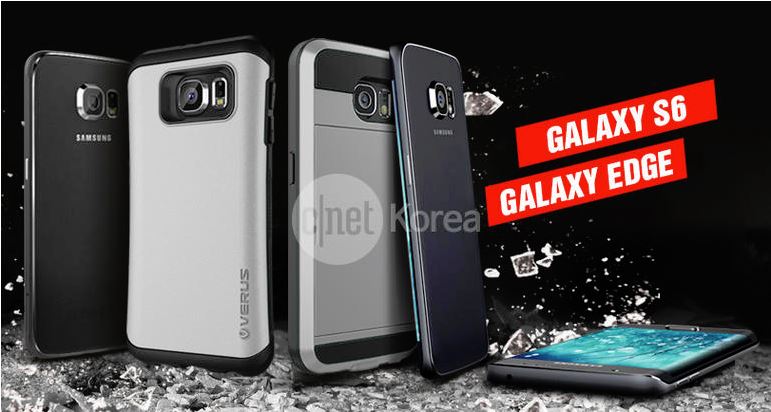