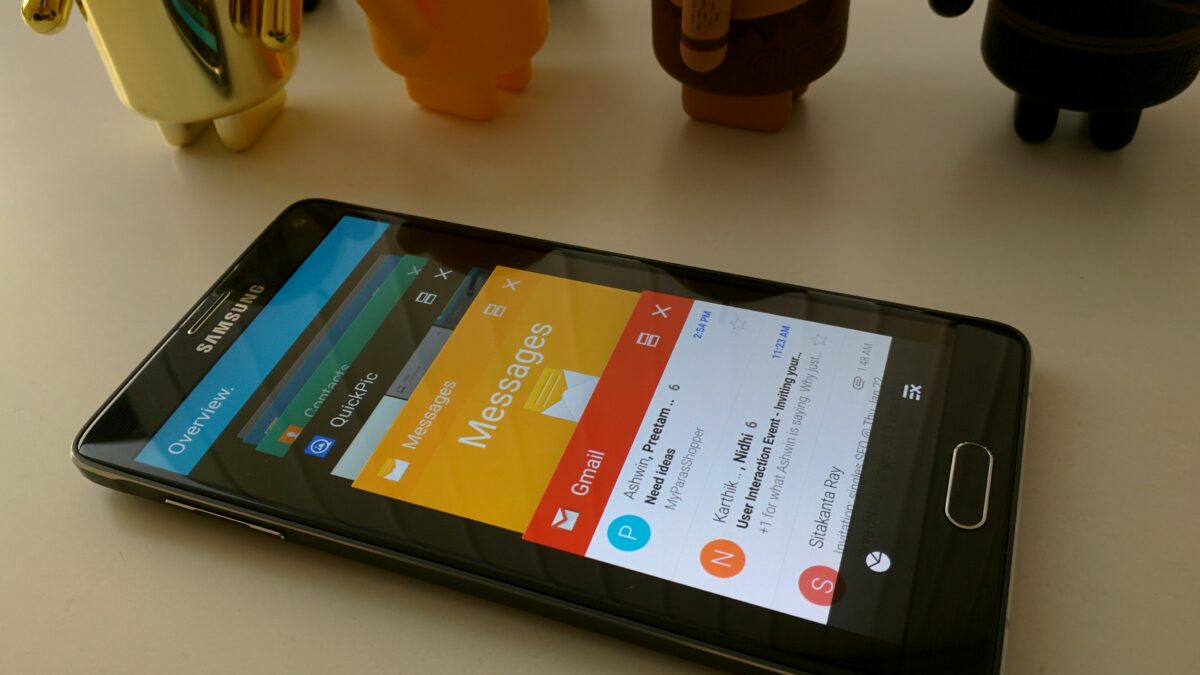 TouchWiz. That single word can ellicit a slew of responses. From a custom skin that adds a ton of useful features to one that bogs down Android to a level that makes even high-end devices stutter in general usage, TouchWiz is either hated, loved, or simply accepted depending on who you ask. As for myself, I’ve always maintained the opinion that while TouchWiz has a lot of nice features, Samsung’s reluctance to optimize it and make it look good has resulted in a software experience that is not as good as it should be in 2015. However, with Android 5.0 Lollipop, TouchWiz has never looked so good, and that is all thanks to Google and what it calls Material Design.

For those that need a refresher, Material Design is the name of the internet giant’s new design philosophy for Android – it’s full of bright (and funky) colors, smooth animations, and a level of polish that has never been seen on the world’s dominant mobile operating system. Google has never been that good at design, but in the last year or so, the company has showed that it is just as capable of attractive software design, something that is apparent if you look at any of its recent apps and, of course, Android 5.0 itself. 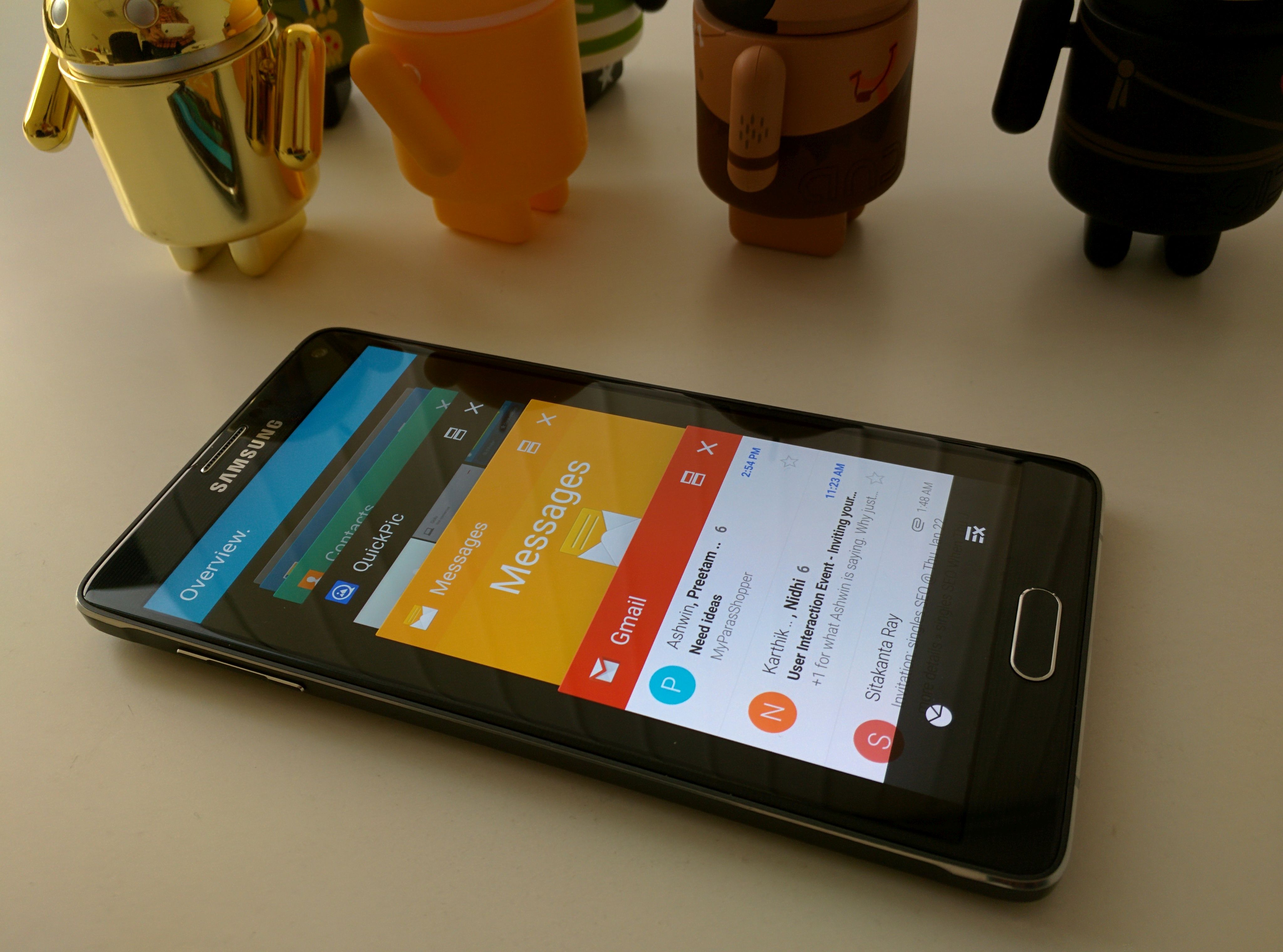 Samsung, and basically every other major manufacturer, has always chosen its own custom skin over stock Android’s, but with Lollipop, we’ve seen a change in tradition – this time, Samsung decided to adopt elements of the new version of Android and implement it on its devices. The result? Well, a TouchWiz that has never looked as good, and like it is said in the title, it is all thanks to Google.

Why? Because instead of doing its own thing, all Samsung did is take the default design elements on Lollipop and mix them with its existing UI. In fact, there’s more of Material Design on TouchWiz on Android 5.0 than of TouchWiz itself. Sure, you still have the ugly app icons, or the poorly implemented UIs of apps like Samsung’s S Planner, but you also have apps like the phone dialer, messaging, and gallery, or things like the notifications shade and the recent apps menu that look quite good. All these apps have a different color highlight, white backgrounds, and improved fonts for an overall look and feel that’s far better than what we had on KitKat and before.

Here are a few screenshots showing some apps in their pre and post-Lollipop avatars (KitKat screenshots are on the left.) 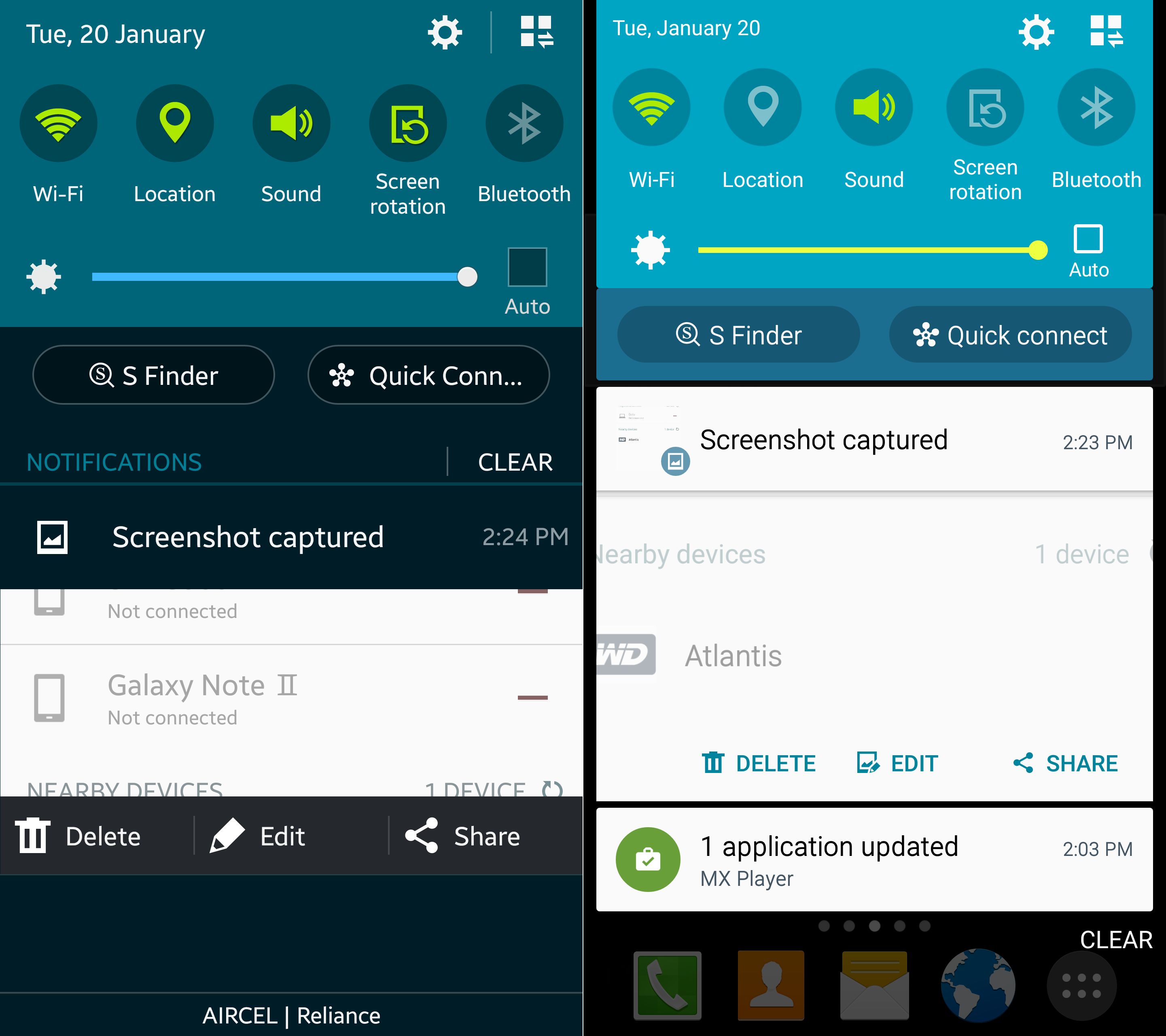 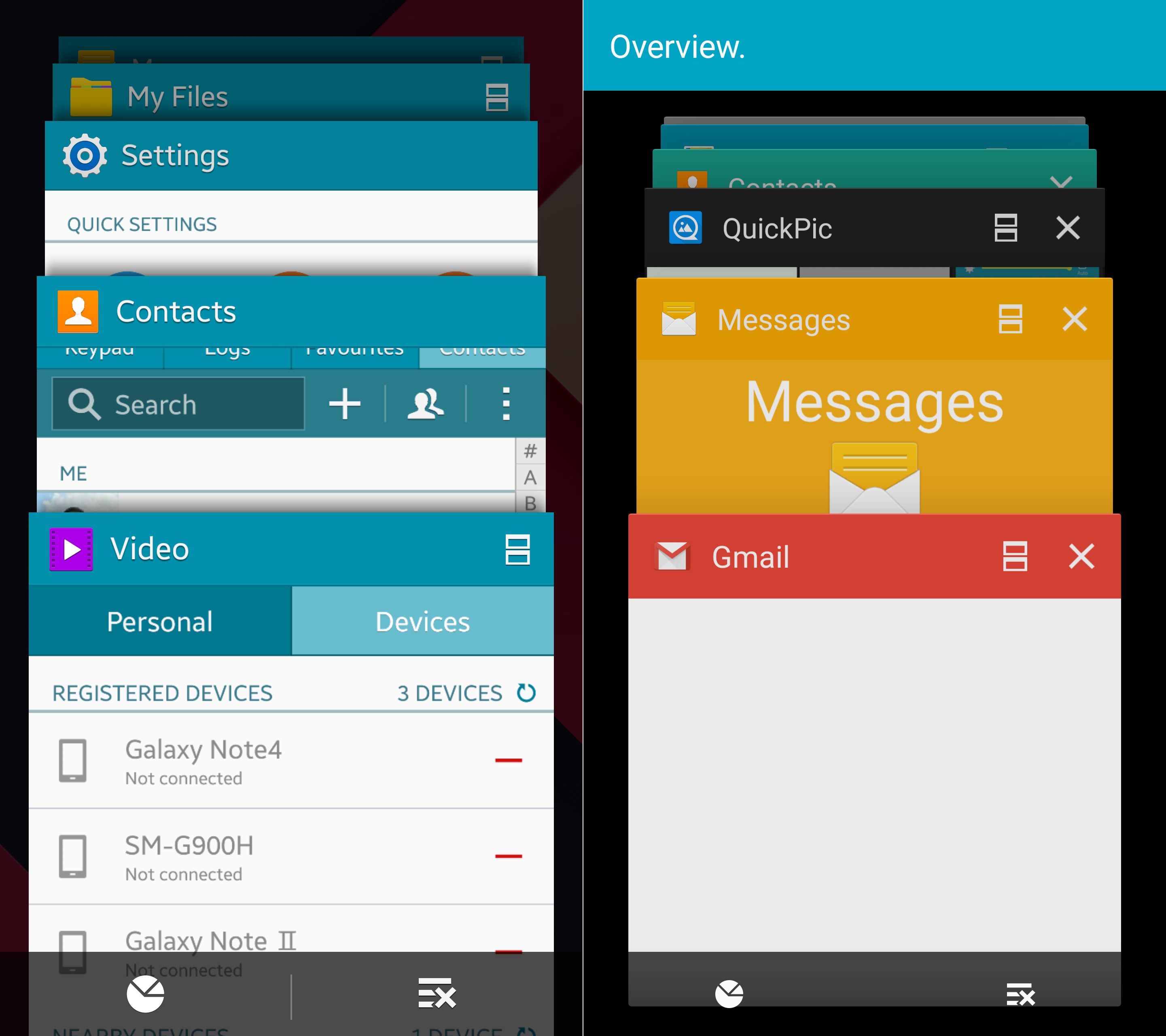 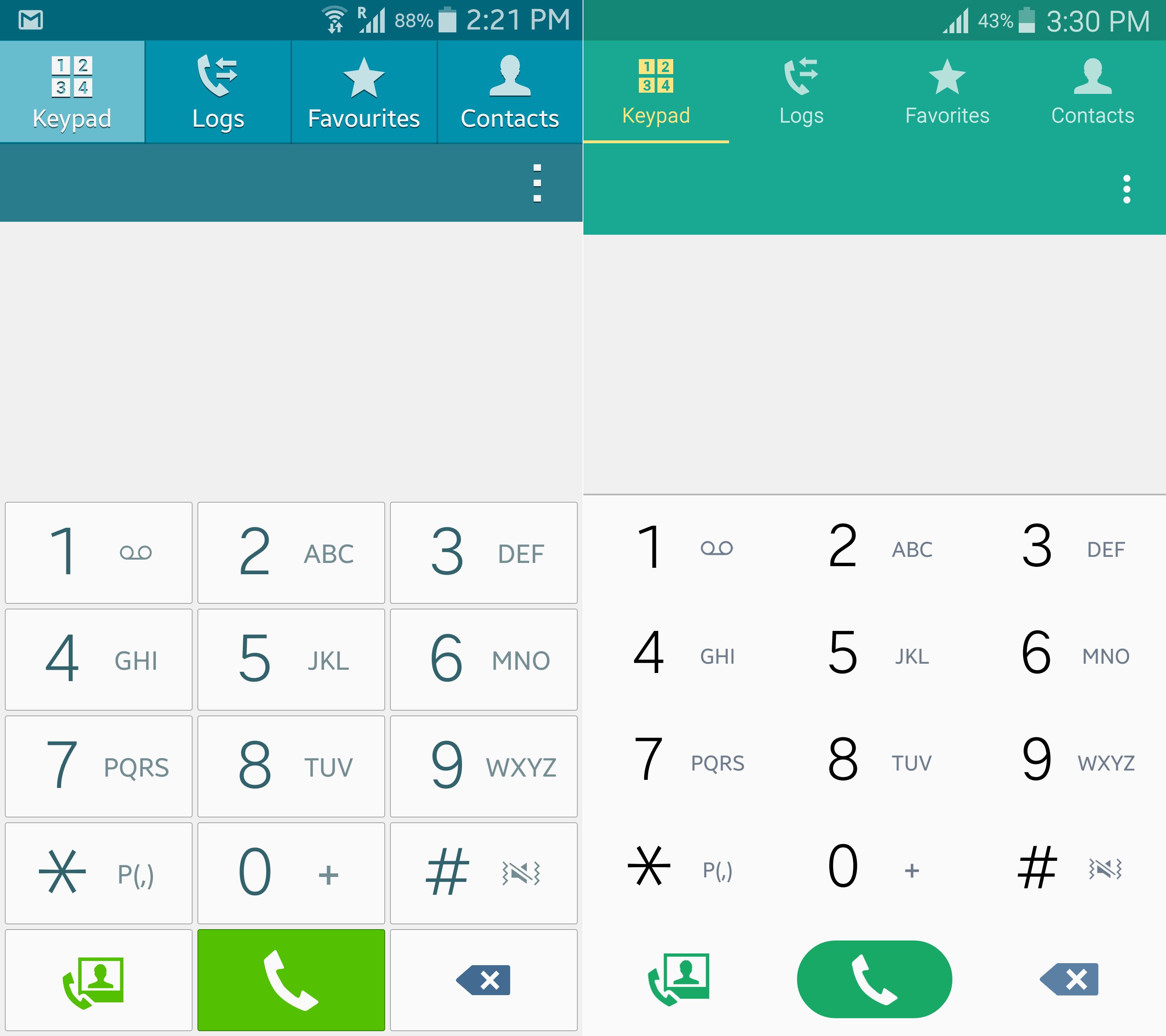 There was a time when custom skins like TouchWiz or HTC Sense were important, as Android in its pure form was rather average in terms of the interface (and also lacked a lot of basic features). But manufacturers continue to use their software overlays till date, mainly due to the fact that they have existing users that would be alienated because of a major shift in UI. Samsung has done the same, but while other manufacturers have moved on to more impressive software design, the Korean manufacturer continues to stick to a skin that feels outdated and just doesn’t look that great in any form.

But that’s all set to change once Android 5.0 hits Samsung’s phones and tablets. Performance is still a factor that needs to be addressed on the company’s devices, but even that has received a boost with Lollipop, making the latest version of Android one of the best updates for both the OS itself and for Samsung’s customized version. Overall, stock Android 5.0 looks considerably better than TouchWiz, but if we compare the latter with what has come before, well, Samsung’s software is finally what we can all call modern and (sufficiently) sleek.

What is your opinion on TouchWiz’s new look? Let us know in the comments below!

NOTE: The device is running an internal Android 5.0.1 test firmware, the final update might differ a little.