Samsung Galaxy A7 goes through GFXBench, listed with 5.2″ display and Snapdragon 615 CPU

The Galaxy A7 is making yet another appearance online after popping up on Samsung’s website recently. This time, the device has been listed on the GFXBench benchmark database, which is giving us more details on its hardware. According to the benchmark, the Galaxy A7, or the SM-A700, has a 5.2-inch display – the phone was earlier listed as having a 5.5-inch screen on the Indian import tracking site Zauba, so it remains to be seen which of the two screen sizes Samsung will finally settle on. GFXBench lists the display resolution as 1920×1080, which is yet another hint that the A7 could feature a Full HD display in every market it gets launched in and not just in China.

The benchmark has revealed another juicy titbit. The processor on the Galaxy A7 is an octa-core unit with the Adreno 405 GPU according to GFXBench, which means that the phone would be powered by Qualcomm’s new Snapdragon 615 chipet. That’s more high-end than the Snapdragon 410 that is expected to power both the Galaxy A3 and A5, and should give Samsung a good differentiating factor for the highest-end member of the company’s upcoming trio of Galaxy A devices, especially since it’s yet to be used in any smartphone on the market.

Other specs of the Galaxy A7 include a 12-megapixel camera, 2GB of RAM, 16GB of internal storage, and Android 4.4.4 KitKat. As usual, these are subject to change until things get official, but going by the leaks over the past few weeks, the Galaxy A7 and the other two A series phones are shaping up to be very interesting devices. Expect an official announcement of the A7 sometime in November, and a price tag that sits somewhere between $450-$500. 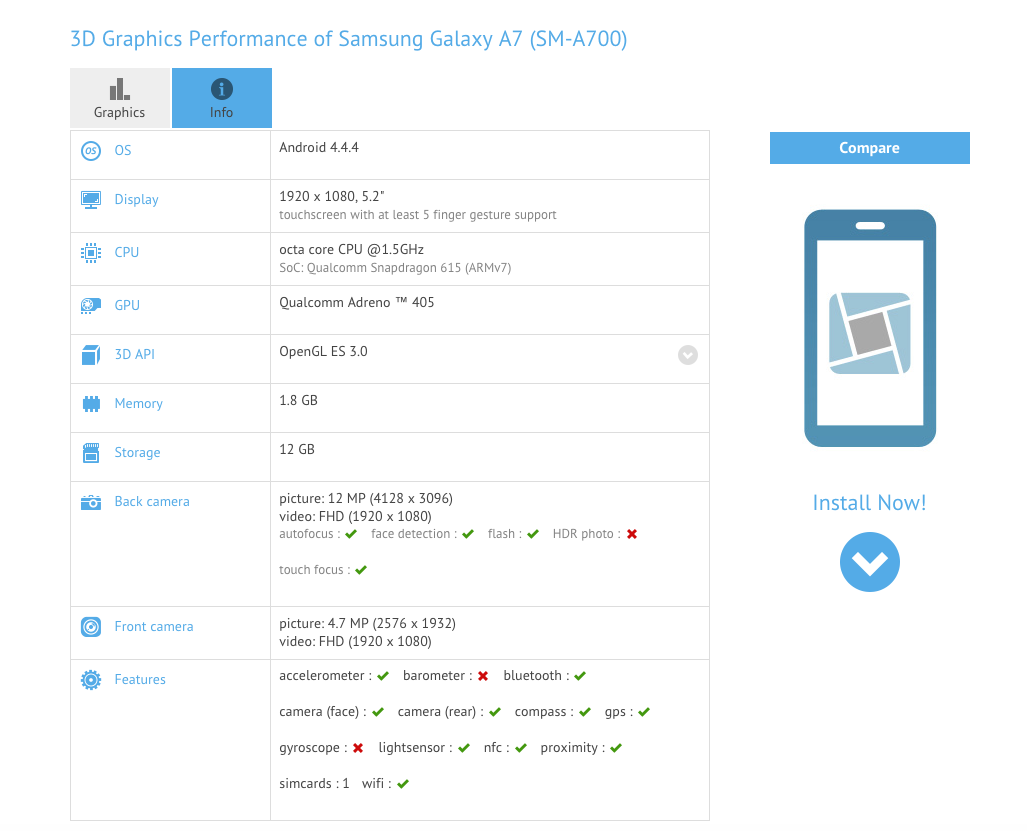