After its UK debut, the Galaxy S5 Mini is ready to conquer another European market. Samsung’s latest mini smartphone has gone up for pre-order in Poland, with an off-contract price of 1899 Polish zloty (around $625), which is similar to its price in the UK. One Polish retailer is also sweetening the deal with a free Gear Fit for a limited time, though those uninterested in the fitness tracker will be able to buy the phone alone (why anyone would skip a free $199 accessory, however, would be a matter of debate.)

The phone will be generally available in the country from July 23rd, and we’re guessing other markets will soon follow. As far as the phone’s hardware is concerned, the Galaxy S5 Mini sports a 4.5-inch 720p (1280×720) Super AMOLED display, a quad-core Snapdragon 400 CPU, 1.5GB of RAM, an 8-megapixel rear camera, 16GB of internal storage and a microSD slot, and a 2,100 mAh battery. Like its flagship sibling, the Galaxy S5 Mini also features a fingerprint and heart rate scanner, and is IP67-certified for water and dust-resistance.

On the software front, the Galaxy S5 Mini is powered by Android 4.4.2 KitKat and Samsung’s latest TouchWiz UX, with features such as Ultra Power Saving Mode and Kids Mode. 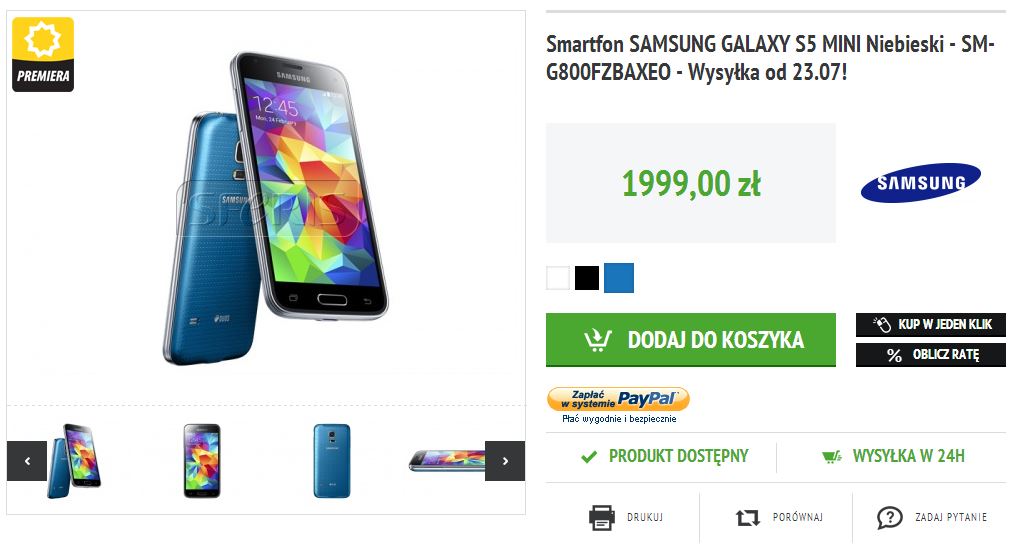