We’ve already seen an avalanche of mysterious upcoming Samsung devices with various model numbers, and today, we can add another to the mix. A Samsung SM-G850F has popped up on the support pages for the company’s official website in a few countries, though without an actual name accompanying the listing. The Galaxy S5 Active for AT&T in the US is said to carry model number SM-G870A, so it’s possible we could be looking at the international model of the device, even though Samsung doesn’t change the numbering in the model numbers anymore even if the handsets are for particular carriers.

Of course, with Samsung’s love for launching a lot of phones and a lot of variants for said phones, we could even be looking at a Galaxy S5 mini Active. The Galaxy S5 mini has the model number SM-G800 – match that with the SM-G850F, and you surely have something to ponder until the next bout of leaks about yet another upcoming Samsung phone comes out. 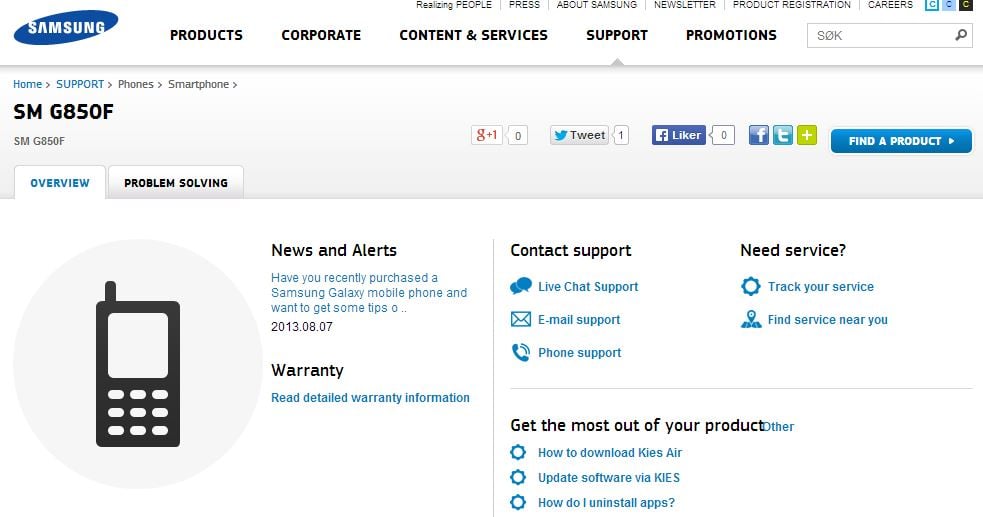