After the Galaxy S5, it was time for the iFixit crew to turn their attention to the Gear Fit. Samsung’s first fitness tracker comes with a 1.84-inch curved AMOLED screen with a resolution of 432 x 128 and a 180 MHz ARM Cortex M4 CPU that is manufactured by STMicroelectronics. Unlike the Gear 2 and Gear 2 Neo, which feature 4 GB internal storage, the Gear Fit does not come with a lot of internal memory. The 16 MB flash memory in the device is used for handling notifications and run the real-time operating system. The Gear Fit also comes with an accelerometer, a gyroscope, and a heart rate sensor.

The device is removable from its wristband, which makes it easier for users to customize it with an additional band. The bottom half of the fitness tracker features the heart rate sensor along with the charging connector. Since there are no screws on the Gear Fit, access to its innards is only feasible by removing the screen assembly, which is held on by adhesive. The screen assembly is attached to a motherboard that is segmented into three sections to accommodate for the curved nature of the Gear Fit. On the motherboard are the Wi-Fi and Bluetooth 4.0 LE receivers in addition to the flash memory and the CPU. All the internal hardware is soldered onto the motherboard. 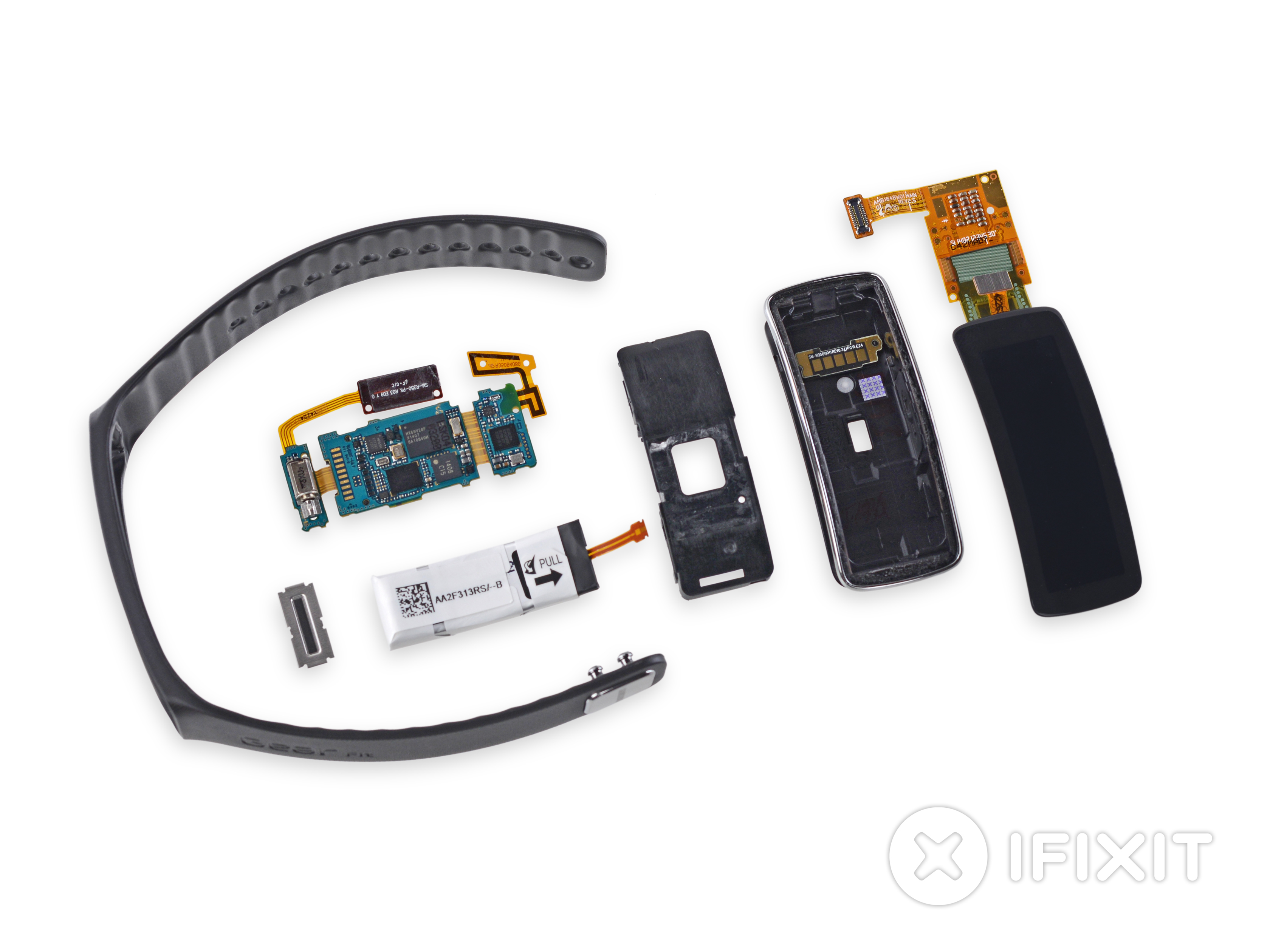 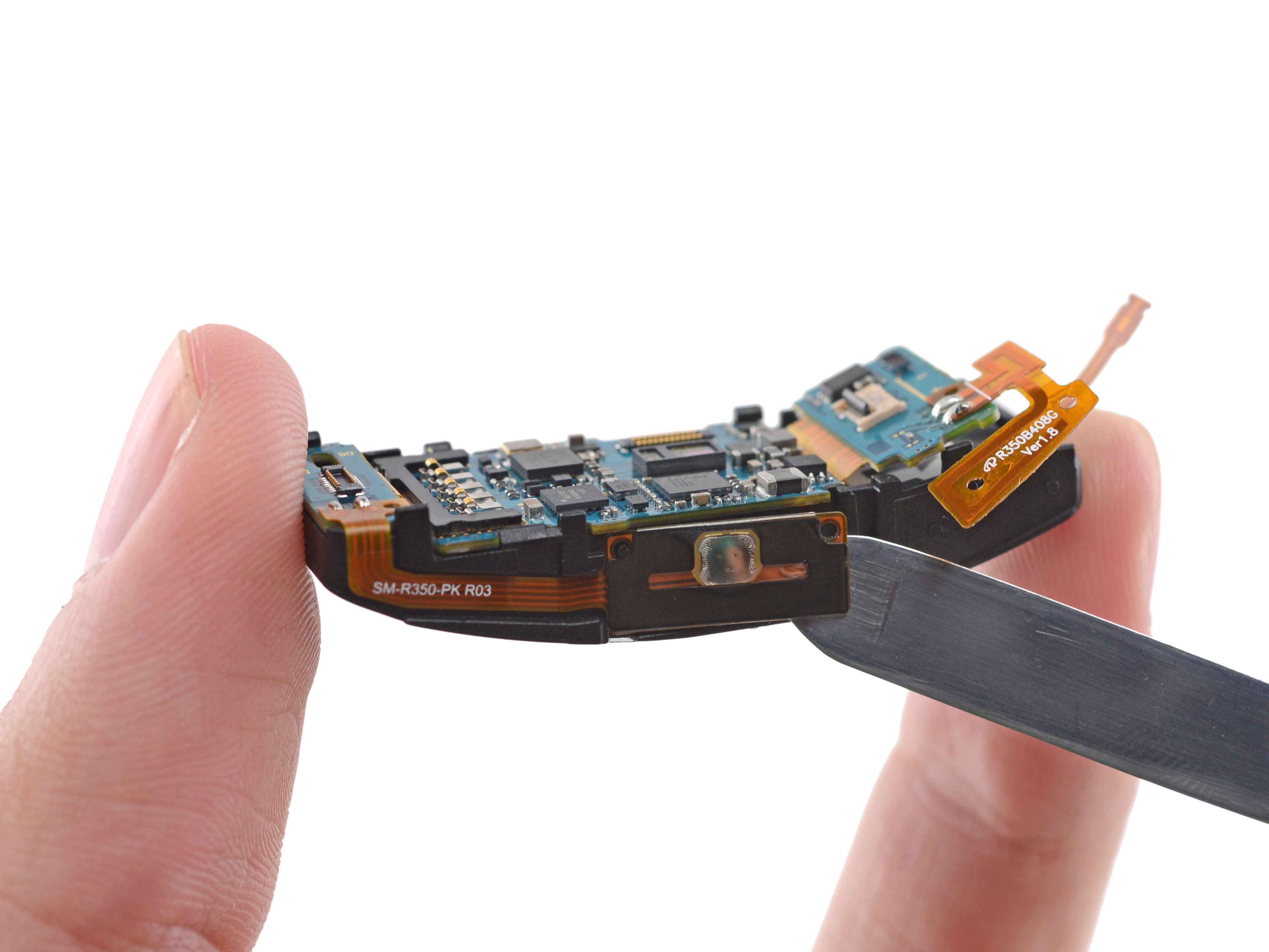 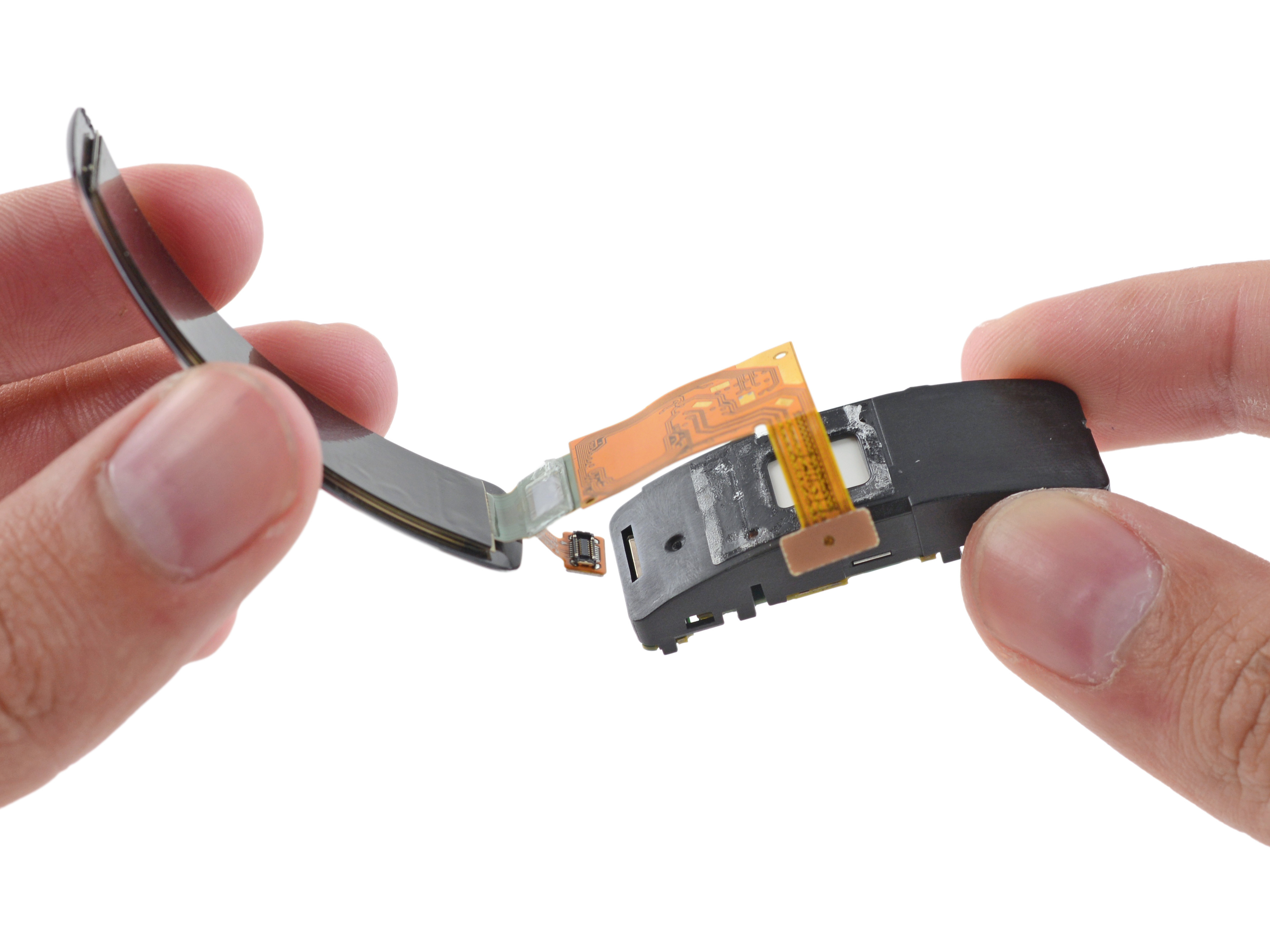 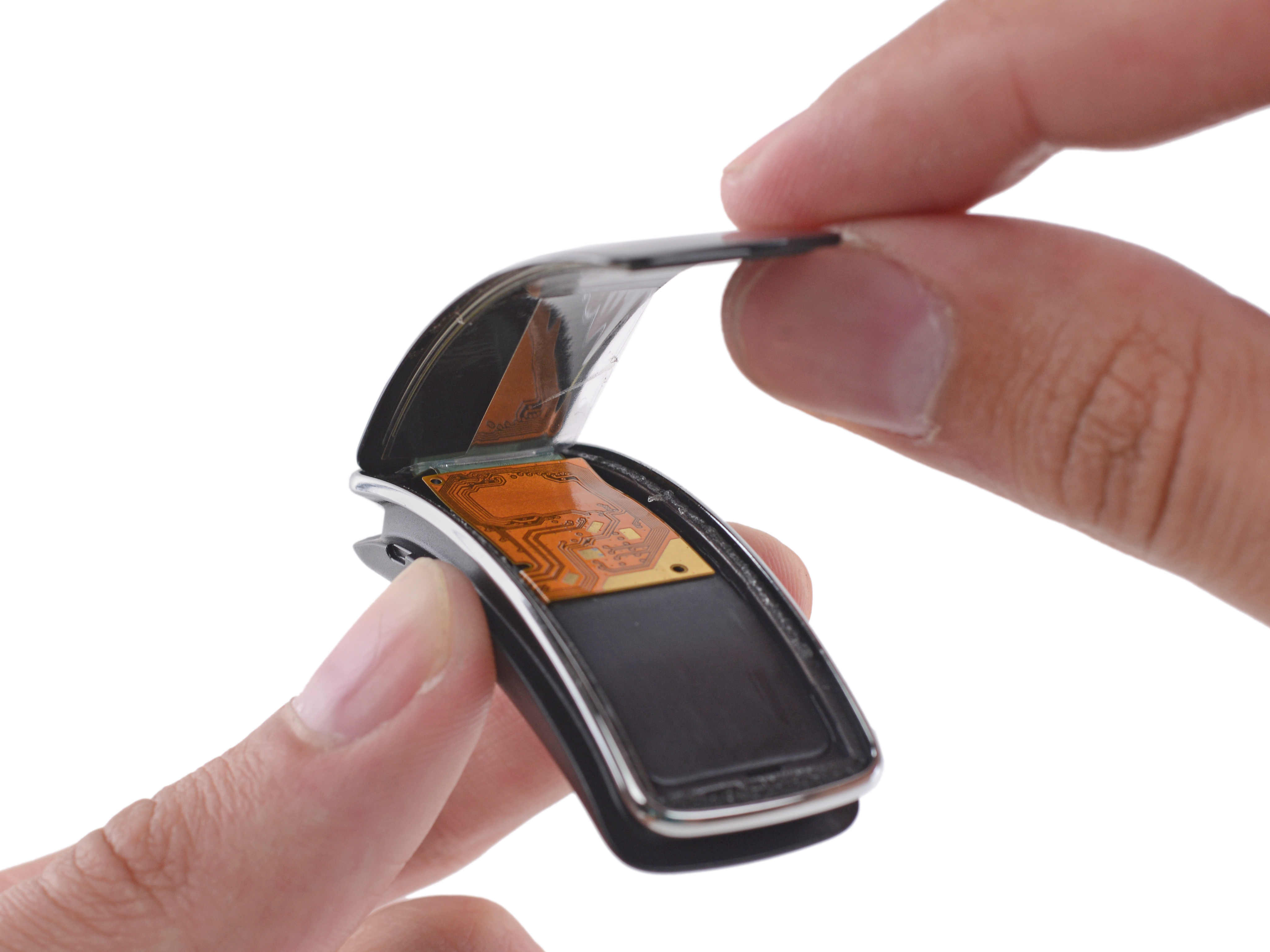 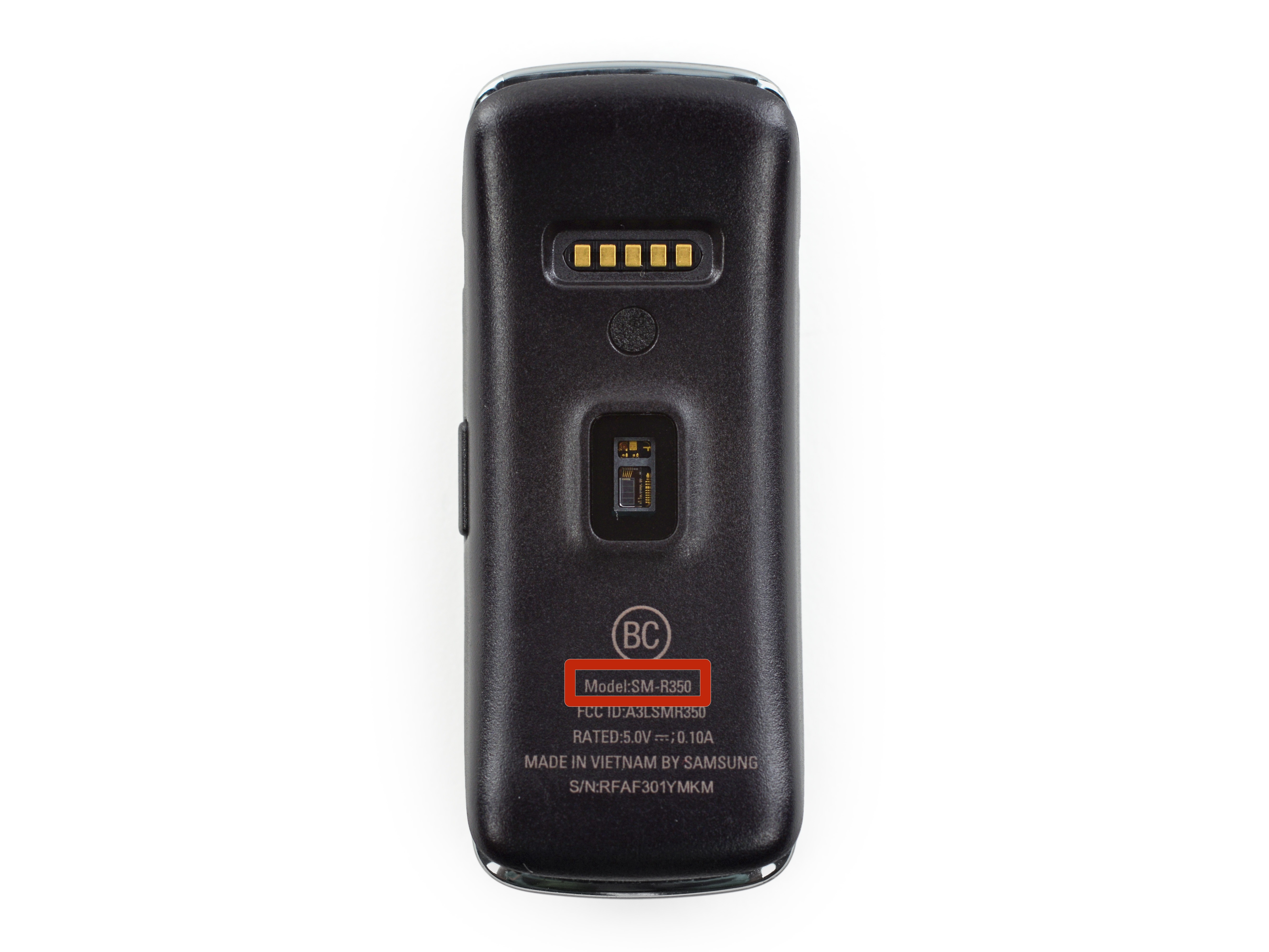