Android 4.4 KitKat update is rolling out to Sprint’s Galaxy Note 3

When the kernel source of a newer Android version for a particular device comes along, it’s almost a given that the update itself will follow soon after, and that is exactly what is happening with Sprint’s variant of the Galaxy Note 3. The Android 4.4 KitKat update is now rolling out to the device in the form of a 503 MB download over the air, carrying build number N900PVPUCNAB. The changes are the same as the update for the international variant, including a camera shortcut on lockscreen, ability to select default launcher and messaging apps, full screen music album art on lock screen, improved UI and stability, wireless printing support, and more.

Those on US Cellular’s network should also expect the update soon, as it was expected to start rolling out yesterday, though there’s no telling when other carriers will begin offering the latest version of the OS to their consumers. As always, be patient as these updates are staggered and can take a few days to reach everyone, though a manual check in the Settings » General » About device » Software update menu could speed things along. 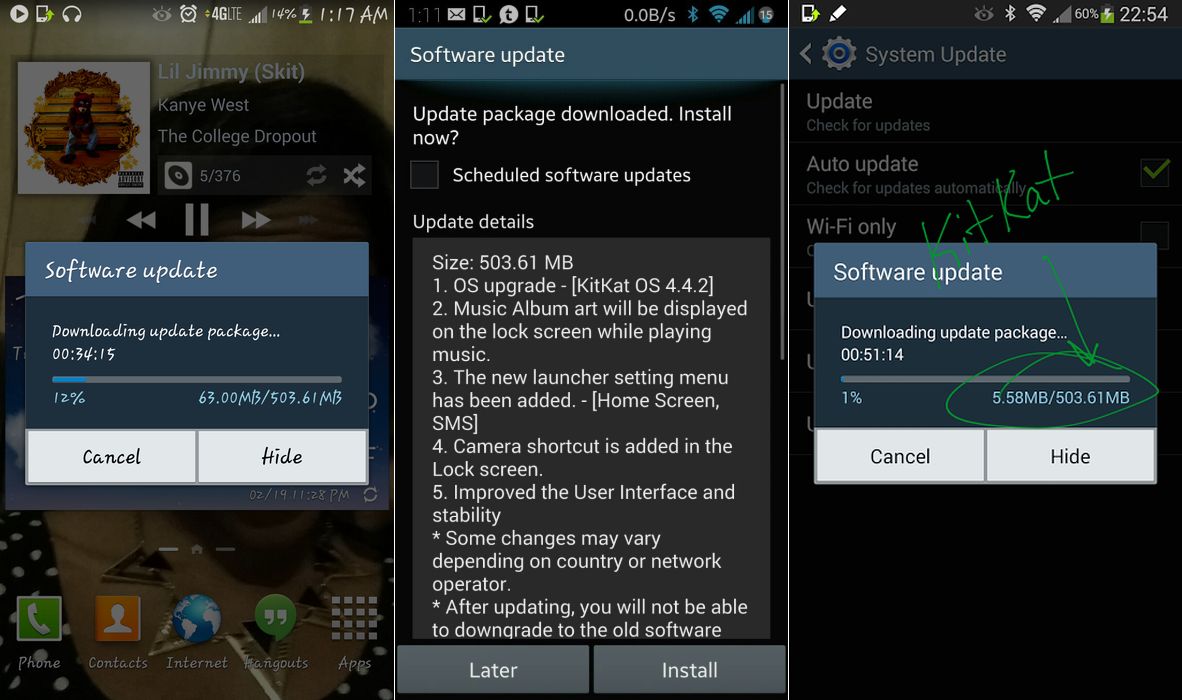