Samsung’s upcoming Windows Phone handset, the SM-W750V, was recently revealed to be headed to Verizon, and now a picture of the device has been leaked by evleaks, confirming the leakster’s words that it looks like a recent Galaxy S device (almost too similar, which might put off a few people who don’t want their Windows Phone devices looking like Android devices.) However, it seems the SM-W750V – which is codenamed Huron – might be focused at the mid-range market instead of the high-end, despite sporting a 1080p 5-inch screen.

The listing for the SM-W750V at GFXBench indicates that the handset will be powered by a quad-core Snapdragon CPU with the Adreno 305 GPU, a combination that powers most of Nokia’s low-end Lumias. The screen resolution is incorrectly listed as 720 x 1280, something which is the case for Full HD devices like the Lumia 1520 as well, though it would have actually been better if the display was a 720p unit instead of 1080p, as the not-so-potent processor and graphics chip might not be able to push so many pixels too easily even on a lightweight OS like Windows Phone. 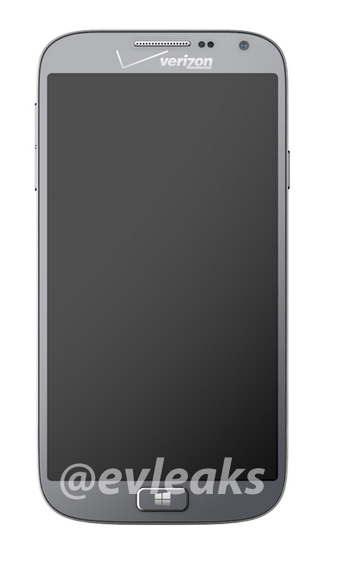 However, being a low-end/mid-range device might just work out in Samsung’s favor, as that’s the market segment where most of the growth is poised to happen in the coming years, and it’s also one where Windows Phone has found most of its customers. Of course, the price would be a deciding factor for making people choose the SM-W750V over Nokia’s Lumia handsets, and we’ll just have to wait and see how things play out for the Korean manufacturer’s next attempt at a Windows Phone device. 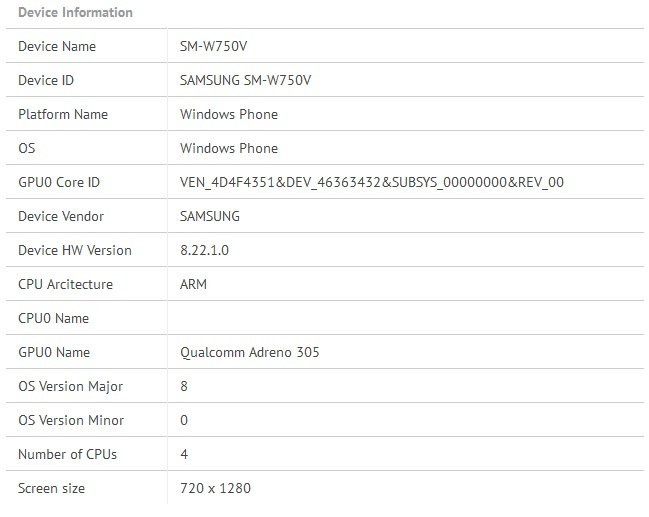