If there’s one thing we’ve been wanting to happen, it’s a drop in the price of the Galaxy Gear (a smartwatch that’s good, but not good enough to warrant a $299 price tag,) but it’s a wish that Samsung hasn’t been keen on fulfilling. That makes discounts on the Gear rather important, and eBay has one of the nicest deals we’ve seen – you can grab the Gear from eBay for only $240, a 20 percent discount, and that too with free shipping. Nice, eh? 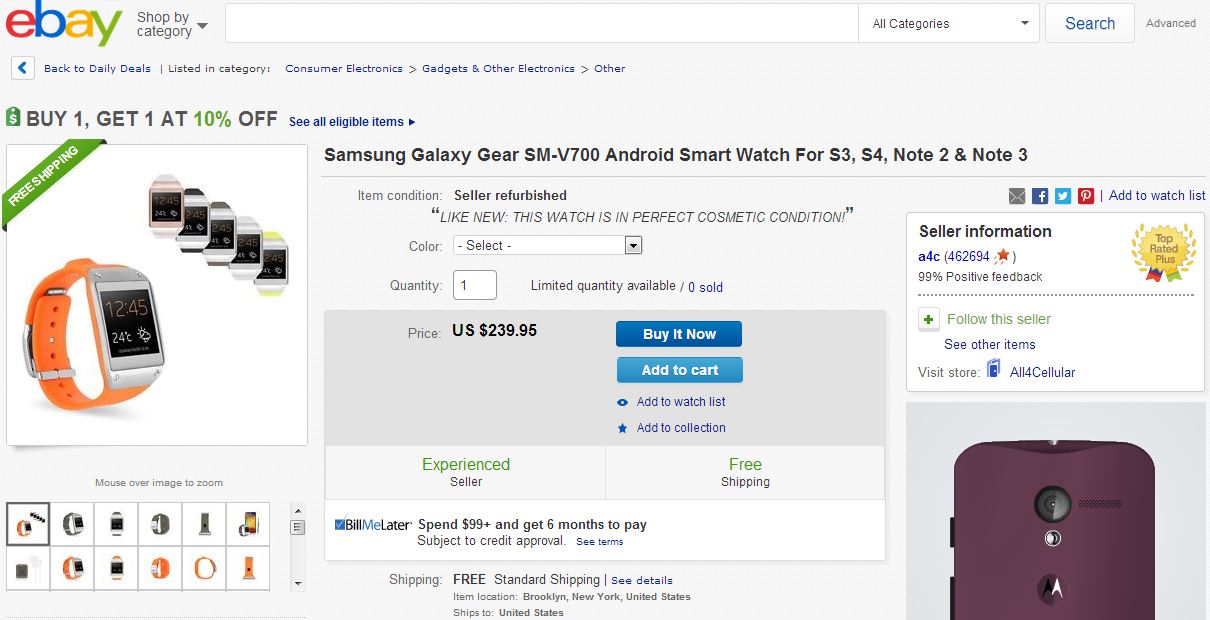 having owned a SW2 since it’s launch. got it for £120 where as samsung want £300?!?!? are you crazy? for a watch i have to charge everyday? at least my SW2 last a week! to be honest i wanted the TOQ but at $300 it’s out my price range. Sony updated their firmware which is nice and the applications. the note 3 is my last samsung product having owned the note 2, s3, s2 and the orignal s! oh how samsung have pissed me off with ways to “control” things. Region lock a phone? it doesn’t even work properly! activated… Read more »

Who cares? Just got SW2 for a xmas gif, and all that because Samsung cant update “old” devices to A4.3 to get them work with theirnown accessories. Byebye Sammy, keep your incompatible swatch/devices. Sony is much cooler, elegant and classy anyway :p